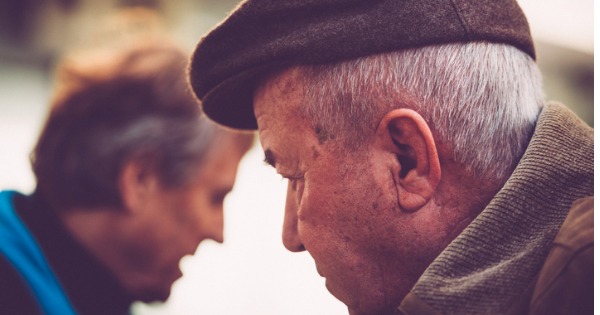 This past April 17th, on my Dad’s birthday, exactly one and a half years since he had died, I started having dreams as well as daytime images of him and the places he had lived. I’d see the drive south on Atlantic Avenue toward his home on Berkley Square, Atlantic City, or see the view of the ocean out of the window of his condo. I’d see his living room in Virginia or the front of the house where we lived in N. Y. I’d see him walking bent down and forward over his walker or hear his voice clearly as if he was calling me on the phone. 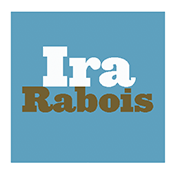 Some think that after a loved one dies, we should just get over it as soon as we can. Think of other things. Do whatever we can to make the pain go away so we can return to whatever state it is that we call normal or comfortable. We humans love homeostasis as much as we love those who have helped us achieve that state in the past.

And, of course, to some degree we have to do that. There are other people in our lives, and other responsibilities. We have to go to work or school and feed ourselves. A new phase of our life has begun, and we have to let go of the old one.

But the people we love are, by that fact, part of us. They are an essential element of who we are. Forgetting them is forgetting ourselves.

We have to internalize, take on for ourselves much of what the other person gave us. When a parent dies, the child has to grow up. Sigmund Freud said (approximately) it is only after a parent’s death that a child knows what it means to grow up. I think I agree with him.

Although I was 70 years old when my father died, I realized I must now take on whatever I had emotionally and otherwise left for my father to do. When I was a teenager, I did what most teenagers do in this country ⎼ I fought with him almost daily. It was part of the psychological mechanism through which I learned who I was and how to become an independent person. Later on, I was able to reconcile with him.

Somehow, even though I only saw him 5 or 6 times a year (and talked weekly), just knowing he was there for me gave me a sense of safety and security. He gave me an ancestral home. When he died, he could no longer provide that. I had to, I still have to, learn how to provide that home for myself. He could no longer advise me about finances or argue with me about politics or encourage me to maintain contact with my relatives. Family was so important to him. I now have to learn to do these things for myself.

Remembering is a curious thing. Each time we remember something or someone we incorporate part of our past into our present. We not only bring the person to mind but we re-embody them. We internalize and make our own what we had given over to someone else. As long as we don’t overdo it, to tell their story is to remind ourselves of our own. It is to open the depths of who we are.

Although his body was failing, I gratefully and almost boastfully remember that, at 96.5, my Dad’s thinking was clear until almost the end. He could and did check the accuracy of his receipts at the supermarket or drug store. He did his own tax return until the last year of his life, when he moved to Virginia and did not know all the tax laws of that state. He read the newspapers daily to understand what was happening in the world and could give one of the best analyses I ever heard of why a single-payer health care system was preferable to and cheaper than any other system.

He could provide a living history of almost one hundred years of our nation and tell us stories about the depression and political protests in the 1930s, facing anti-Semitism in the 1950s, or a vile dictator or three during the Second World War. Although he didn’t like to talk about it, he feared that once again our nation was threatened by a vile dictator, except this time the would-be dictator was our own President.

He said before he died that a father never stops worrying about his children. Nor does he stop caring, stop wanting to know, or stop feeling. I realize what a gift that was. The care and concern that he showed my brother, my mother and I is what I most remember and most hope I can embody with those I love.

What do you remember most about your Dad?

**Speaking about grief and remembering, I want to take this opportunity to thank Elaine Mansfield for her support and tutelage in how to live with and learn from grief.

Facebook58Tweet1PinEmailShares59
wpDiscuz
0
0
Would love your thoughts, please comment.x
()
x
| Reply
Share this ArticleLike this article? Email it to a friend!
Email sent!