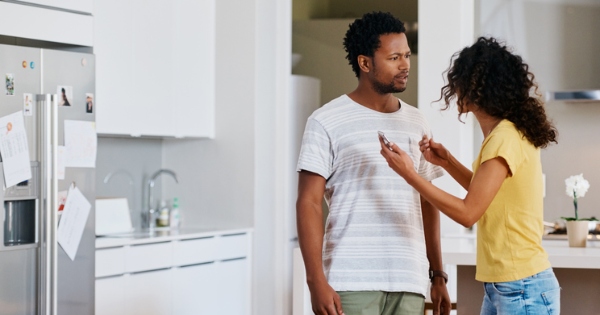 —
On a daily basis, I witness women vs. men debate about dating/relationships. It seems women are griping about only being valued for their bodies or domestic prowess. While men are complaining about being desired for their money, ability

to provide or while also being frustrated that, they are expected to give emotional support.

It’s an argument as old as time and based on the paradigm set up by a patriarchal structure.

It is so easy to betray yourself. Because there is no one else between you that can call it out or call attention to it. There are no checks and balances.

When someone outside of us betrays us, it triggers so many emotions that we recognize how devastating it is. Betrayal causes shock, grief, insecurity, self-doubt, and anger. It causes distress and if catastrophic, can lead to anxiety disorders and PTSD.

When it is someone else, you can get away from them, nurse your wounds and provide self-compassion or seek sympathy.

Who do you turn to when the source of your betrayal is inside of your own head?

Betraying the self is anytime you can change a situation but you decide against it.

• It’s when you promised that you would work out or eat better to get healthy, and then you fall back into your old routines of eating bad and not being active.
• It’s when you know a friend or an ex isn’t good for you. You declare that you will not allow them back into your life, but they call and you fall right back into your toxic relationship with them.
• It can be spending your money on things that don’t matter rather than paying your bills.
• It can also be as small as telling yourself lies about how you look, think or feel. Denying emotions is a form of self-betrayal.

It’s anywhere in your life where you could have taken care of yourself, but instead, you put yourself in a worse situation. It’s lying to yourself.

What Does Self-Betrayal Create?

When you do the opposite of what you believe is best for you, you put your body into a stressful state and are basically fighting yourself. You experience all of the emotions that come with being betrayed. And, now, add the guilt and shame you feel for abandoning yourself.

It’s a recipe for madness.

As a people-pleaser/co-dependent person, I was basically raised to betray myself. I prioritized the comfort of other people over my own feelings. I wasn’t aware of my feelings at all. I had spent so much time ignoring my thoughts and feelings that I quickly rejected them to the point that I didn’t even recognize feeling them.

I had to unlearn my people-pleasing and co-dependent ways. It started by asking myself what I was feeling. I didn’t instantly have words. Most of the time, I didn’t know what I was feeling because I had never explored them. I had built up years of mistrust, guilt, and shame within myself.

The other thing about when you constantly betray yourself is that you don’t trust or believe yourself. You become like the kid whose parent continuously says they will show up, but never does. Eventually, you get tired of hearing it and tune it out. Your inner self says, “Yeah right“.

“Above all, don’t lie to yourself. The man who lies to himself and listens to his own lie comes to a point that he cannot distinguish the truth within him, or around him, and so loses all respect for himself and for others. And having no respect he ceases to love.”
― Fyodor Dostoevsky

How to Reverse Self-Betrayal

Awareness – You have to become aware of when you are betraying yourself. Pay attention to the next time you feel a “no” but you say, “yes“. Then, identify those emotions instead of wrestling yourself into an agreement.

Find the Why?– Figure out why you feel the need to do the thing you told yourself you need to do. “Should” is usually nearby when self-betrayal is occurring. It is most likely something you convinced yourself that you should want or should do while internally you could care less. Or, there is some other emotional limit that is preventing you from honoring your feelings.

For me, I didn’t feel safe doing what I felt was right. I had a fear of abandonment and emotional disconnection. I thought if I didn’t do what others wanted that they would reject me. I made myself wrong and automatically discounted my feelings.

Give Yourself Permission – When you realize that you are betraying yourself, give yourself permission to do the thing that makes you feel better. Or, let yourself off the hook.

I will give you an example, I had an idea that I needed to get up at 5 a.m. in the morning and workout in order to be healthy. First of all, I am a night owl and not a morning person. So, I was really ignoring who I am as a person and requiring a lot of myself. It’s almost disrespectful to set that intention knowing how I feel when I have to get up early. On top of that, I do not enjoy working out. I would prefer to do a sport than to just work out in a gym. So, I really wasn’t giving myself any incentive to want to do this. And, I put so many barriers to success. Lastly, I was making myself wrong and denying the type of person I am.

I had to give myself permission to do something healthy that was more in line with who I am. Instead of fighting against myself to accomplish the task, I should make it fall more in line with what I get excited about. Instead, I ate better, walked more and found sporty things which gave me a workout and felt like fun.

If I had wanted to convince myself to start getting up at 5 a.m. and work out, then I would have to honor that I hated it. I couldn’t pretend that I enjoyed it or shame myself into wanting to do it. I would have to decide it sucks and do it anyway. I would have to give myself a higher purpose, such as weight loss.

Be Kind to Yourself

The best way to slowly stop self-betrayal is to be kinder to yourself in your decisions. How would you treat your best friend? You need to be your own best friend. You have to stop demanding yourself to do more than you expect others to do. And, you have to understand what you are doing to yourself when you betray yourself. You have to care about how much stress and anxiety you are creating. It is about realizing how and when you are being dismissive or critical of yourself.

“You can fool yourself, you know. You’d think it’s impossible, but it turns out it’s the easiest thing of all.”
― Jodi Picoult