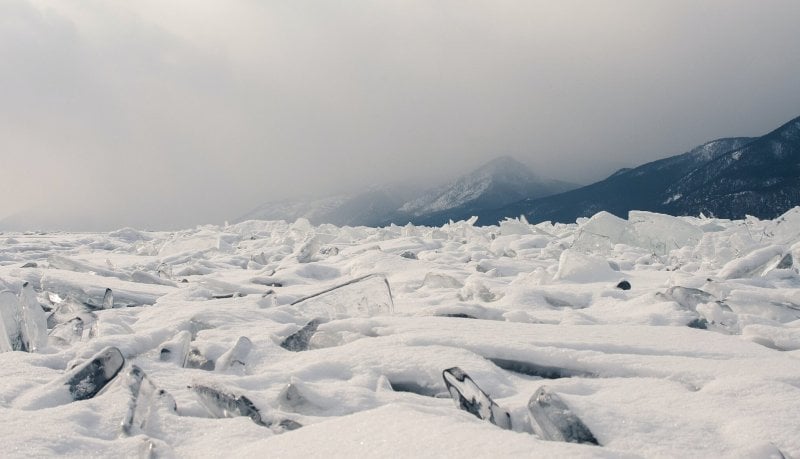 Global warming has already begun to alter the world perceptibly, with rising heat changing daily life for millions of people.

Over more than half the planet’s land surface, nights are now warming at a rate faster than the days, with unpredictable consequences for plant and animal life.

Warmer winters now mean that in Europe, Asia and North America, lakes that would once have frozen over are now increasingly sometimes ice-free even at the darkest moments of the year.

And ever-higher temperatures encourage the spread of infectious diseases, and unexpectedly with that, the hazard of yet more warming.

Increasing parasitic activity among farm animals could mean that infected cattle, sheep and goats can produce up to a third more methane. This natural gas is around 30 times more potent, as a greenhouse gas, than the same volume of carbon dioxide.

“There is evidence that climate change, and warming temperatures in particular, are impacting some infectious diseases and increasing their prevalence”

The long-term consequences of any of these changes are difficult to foresee. British scientists report in the journal Global Change Biology that they searched the fine detail of global temperature, cloud cover, humidity and rainfall worldwide from 1983 to 2017 for any significant pattern of change, and found one.

Over more than half the terrestrial surface of the planet, there was a mean annual difference of at least 0.25°C between daytime and night-time warming.

In some places, days warmed more swiftly than nights. But disproportionately greater night-time warming happened over an area more than twice as large.

The agency at work appeared to be cloud cover: more clouds mean a cooler surface in daylight but a more effective blanket to retain warmth at night. Clear skies tend to mean hotter days and colder nights.

“We demonstrate that greater night-time warming is associated with climate becoming wetter, and this been shown to have important consequences for plant growth, and how species such as insects and mammals interact,” said Daniel Cox of Exeter University, UK, who led the research.

“Conversely, we show that greater daytime warming is associated with drier conditions, combined with greater levels of overall warming, which increases vulnerability to heat stress and dehydration. Species that are only active at night or during the day will be particularly affected.”

Freezing winters play a vital role in the life of a northern lake. Canadian scientists report in the journal Geophysical Research Letters that they analysed almost eight decades of data − from 1939 to 2016 − for 122 lakes in Asia, Europe and America: the lakes included Baikal in Siberia, Geneva in Switzerland and Balaton in Hungary, Champlain and Michigan near the US- Canadian border, and Suwa in Japan, where records extend back to 1443.

They found that ice-free years have become three times more frequent since 1978, and 11% experienced at least one completely ice-free year since 1939. The trend was the same, everywhere they looked.

Lake ice is also vulnerable to rising heat. It is important to the winter recreation industry. It also plays a vital role in lake ecology. Without a sheath of winter ice, lakes stay warmer and stratify earlier to become more vulnerable to toxic algal blooms: this in turn is bad for fish, and for swimmers.

Methane is a relatively short-lived but highly potent greenhouse gas: in the past decade it has increased rapidly in the atmosphere. About half of this increase comes from farm livestock.

US researchers report in the journal Trends in Ecology and Evolution that they looked at sheep studies to find that animals infected with intestinal worms produced up to 33% more methane per kilogram of food than uninfected animals. Dairy cows with mastitis − a bacterial infection − produce 8% more methane per litre of milk than uninfected animals.

Global livestock production could increase at the rate of 2.7% a year, according to UN forecasts. If so, between 2017 and 2050 methane production will soar by more than 20%. Throw parasitic worm infections into the forecasts and methane emissions from livestock could climb by up to 82% in the same period.

“There is evidence that climate change, and warming temperatures in particular, are impacting some infectious diseases and increasing their prevalence,” said Vanessa Ezenwa of the University of Georgia, first author.

“If that’s happening for livestock diseases, and simultaneously higher prevalence is triggering increased methane release, you could end up with what we call a vicious cycle.” − Climate News Network