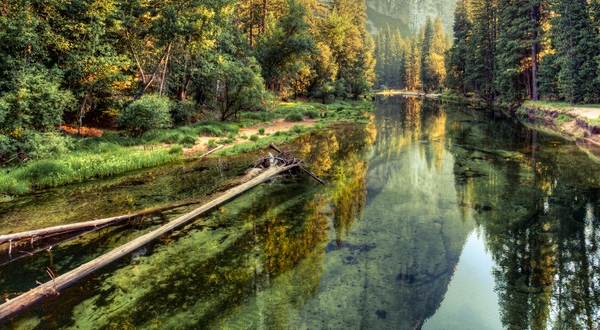 —
LONDON, 15 January, 2019 – Around the arid world, some 16,000 desalination plants are now purifying seawater and brackish aquifers, producing 95 million cubic metres of fresh, salt-free drinkable water daily. This is almost half the daily flow over Niagara Falls.

But there is a potentially-polluting price to pay: for every litre of fresh water, the same desalination plants produce around 1.5 litres of toxic brine. That adds up to enough in the course of a year to cover the whole of the US state of Florida to a depth of more than 30 cms.

A new study urges nations to explore better solutions – and new ways to exploit the minerals in the wastewater and support efforts to advance the declared UN sustainable development goal of reliable, safe water on tap for everybody in the world.

A second study confirms that the sustainable development goal of clean water and sanitation for everybody by 2030 is likely to cost around $1 trillion a year – and up to 8% more if the advances are matched by efforts to contain climate change and limit global warming to the agreed UN target of well below 2°C above historic levels by 2100.

“Reject brine has been used for aquaculture, with increases in fish biomass of 300%”

Four out of ten of the world’s people face severe water scarcity. More than six out of ten experience at least one month a year in conditions of water scarcity. There are now desalination technologies at work in 177 countries: two thirds of them in nations with high incomes.

Researchers from the UN University’s Institute for Water, Environment and Health (UNU-INWEH), and from the Netherlands and Korea, report in the journal Science of the Total Environment that they found that 55% of all the hypersaline brine was produced by just four Middle Eastern nations. China, the USA and Spain produce most of the rest.

Small island nations depend on desalination technology for their survival, and eight countries could meet all their freshwater needs by evaporating sea water.

The waste tended to be directly discharged into the oceans, surface water or sewers, injected into deep wells or left to evaporate in ponds. Untreated, it was a threat to marine ecosystems. On land, it enhanced the increasing hazard of soil salination.

But such brines could be used effectively in aquaculture, or to nourish salt-tolerant crops. They were rich in sodium, magnesium, calcium, potassium, bromine, strontium, lithium, rubidium and even uranium: they could be exploited for industry and in agriculture. There aren’t the technologies yet to extract such elements economically, but the scientists make the case for trying.

“There is a need to translate such research and convert an environmental problem into an economic opportunity. This is particularly important in countries producing large volumes of brine with relatively low efficiencies, such as Saudi Arabia, UAE, Kuwait and Qatar,” said Manzoor Qadir, of UNU-INWEH, one of the authors.

“Using saline drainage water offers potential commercial, social and environmental gains. Reject brine has been used for aquaculture, with increases in fish biomass of 300% achieved. It has also been successfully used to cultivate the dietary supplement Spirulina, and to irrigate forage shrubs and crops (although this latter use can cause progressive land salinisation).”

And researchers at the International Institute for Applied Systems Analysis in Austria also believe in a twofold approach to the looming world water crisis: they report in the journal Environmental Research Letters that they want to see the provision of water and sanitation – from any source – and action on climate in an integrated approach.

Both are among the 17 goals of sustainable development adopted by UN agencies and 93 nations. The IIASA researchers think, for example, that water pumping and treatment plants could also work with a nation’s electricity grids to make the most efficient use of both.

“The results of our analysis show that combining clean water and climate policies can increase implementation costs, but these increases are relatively small in comparison to the cost for implementing each policy on its own,” said Simon Parkinson, a researcher from IIASA and the University of Victoria, who led the study.

—
This post was previously published on Singularity Hub and is republished here under a Creative Commons license CC BY-ND 4.0
—
—