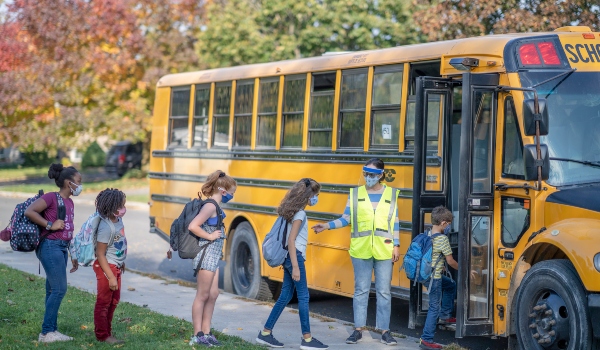 The child had just started kindergarten. Or, as her mother called it, “Russian roulette.” That’s because her school district in Grand Junction, Colorado, experienced one of the nation’s first delta-variant outbreaks last spring, and now school officials have loosened the rules meant to protect against covid-19.

The mother, Venessa, who asked not to be named in full for fear of repercussions for her family, is part of a group of parents, grandparents, medical professionals and community members who assembled in the past few weeks to push back.

The group calls itself “S.O.S.,” which stands for “Supporters for Open and Safe Schools,” while nodding to the international signal for urgent help. It’s made up of Republicans and Democrats, Christians and atheists, and its main request: Require masks.

Venessa said the concept is not complicated for her 5-year-old. “She just puts it on, like her shoes.”

But just two weeks into this school year, 30 classrooms already have reports of exposure to covid-positive students, district spokesperson Emily Shockley said. And three more classrooms were quarantined because they’d had at least three students in them test positive. Masks are still not universally required.

Even though the Centers for Disease Control and Prevention recommends “universal indoor masking” in schools regardless of vaccination status, schools across the country are not embracing mask requirements, including for students under 12 who aren’t yet eligible for protective vaccines.

Mesa County, where Venessa lives, was one of the places where the variant arrived before school let out for summer. A report published in early August by the CDC found that from late April through late June, as the delta variant spread there, schools were the most common setting for outbreaks aside from residential care facilities, even though masks were required in schools for students age 11 and older. Schools were bigger virus hubs than correctional facilities.

Susan Hassig, an infectious disease epidemiologist at Tulane University in New Orleans, views the report on Mesa County as a warning shot of what’s to come, showing high spread of the variant among schoolchildren.

Prior assumptions that kids weren’t likely to get or spread the virus no longer apply, she said: Kids are back to their regular in-person activities, and with a highly transmissible variant circulating to boot. “We’ve got a lot more kids that are getting exposed, and with delta, a lot more kids getting infected,” Hassig said this month. “And now we’ve got full children’s hospitals here in Louisiana.”

Politicians in eight states, including Texas and Florida, have prohibited mask mandates in public schools, but some school districts — including in big cities such as Dallas, Houston, Austin and Fort Lauderdale and small ones such as Paris, Texas — are rebelling against those orders and mandating masks anyway, despite the threat of fines.

The Biden administration has supported those local jurisdictions that have gone rogue, with offers to pay the salaries of Florida school board members going against their governor. The administration is also considering investigations into states and districts for potentially violating civil rights that guarantee access to education.

“We’re not going to sit by as governors try to block and intimidate educators from protecting our children,” said President Joe Biden.

Dr. Jyoti Kapur, a pediatrician with Schoolhouse Pediatrics in Austin, Texas, and mother of two children under 12, was part of a group that persuaded the school district there to enact a mask mandate. Kapur said her kids are “ecstatic” about starting school again in person.

“We want all the school superintendents and their boards of trustees to know everywhere in Texas — and in the country — that the experts are with you,” said Kapur. “Let’s do our best. If it doesn’t work, we will go down knowing we did our best to protect our children.”

In Louisiana, Hassig pointed to the “nearly vertical” case rates and hospitalization rates in her state as evidence of how seriously schools should take the virus this year.

As a grandmother, she wants her granddaughter to be able to attend second grade in person. As an epidemiologist, she worries about not just the immediate effects of the delta variant on hospitals and economies, but also the opportunity its spread gives to the emergence of new strains that may be even more contagious, or able to evade vaccines. To Hassig, masks are part of the toolkit that could assuage both fears.

“What may have been sufficient to reduce widespread problems last spring is not necessarily going to work with delta, because delta is different,” Hassig said. “Be ready to take it up a notch.”

However, the Mesa County Valley School District 51 is ratcheting measures down a notch — despite its experience last spring with outbreaks. Without a state mask mandate in place this school year, the decision was punted to county public health officials and individual school districts. And the school district in Mesa County is not requiring masks for students or staffers.

Venessa, the mom of the kindergartner, said she had assumed guidelines would be more stringent this school year than last because of the delta variant’s pervasiveness. “Why not start with the horse on a lead rope?” she said. “Not just open the corral, let it run out, and then try to go catch it?”

More from the Mountain States

Federal guidelines around public transportation mean students do have to wear masks on school buses, but when they get to school, those masks can come off. According to Joel Sholtes, a member of the S.O.S. group and the father of a second grader, that’s exactly what’s happening since school started for his kid on Aug. 9.

“Unmasked kids are telling our masked kids that they don’t need to mask and should take them off. Some kids are because they don’t want to stand out,” said Sholtes, who, as a civil engineer, believes it’s as important for schools to hew to public health guidance as it is for him to hew to expert guidance on how to safely design a bridge.

“It’s not who can be loudest at a public meeting. There’s some things that we need expert opinion on, and we have to follow those,” he said. “Public health shouldn’t be different.”

Police escorted school board members to their cars after a public meeting Tuesday because they felt threatened by some parents who wanted more time to voice anti-mask and anti-vaccine concerns, according to the Grand Junction Daily Sentinel.

Brian Hill, the Mesa County district’s assistant superintendent, said the school system is “highly recommending” indoor masking. He said he saw a mixture of masked and unmasked students in his rounds of campuses during the first week of class.

“We’ll also support students and staff within our schools, with whatever decision they make around that,” he said. “Whether they make the decision to wear a mask or not, we’re going to support that in the campuses in a way that we don’t want students to feel bullied or feel judged for the decision that they’re making.”

Hill pointed to numbers from last school year showing that family members — and not school interactions — were the primary culprits in passing covid on to the 1,293 students who tested positive out of the district’s 21,000 students.

“It’s a very tiny, tiny percentage that were traced back to any sort of in-school transmission,” he said. “So, we weren’t really seeing transmission in our schools. It was happening out in the community.”

During the past school year, about 7% of those age 18 and under who tested positive for covid in the county had exposure through an institutional facility like a school or child care site, according to a district presentation.

Democratic Gov. Jared Polis sent a letter to district superintendents imploring them to adopt strategies such as mask requirements, though he has avoided imposing a statewide order. Polis also recently announced that Colorado is offering weekly rapid testing — considered a useful screening tool when done frequently — to all schools in the state, and might even pay students between $5 and $25 to take the tests, though they’d need consent from a parent. Hill said it’s too early to say if his district will opt in.

Blythe Rusling taught fifth grade at one of about a dozen schools in Mesa County that had an outbreak last spring. That was back when students 11 and older were required to wear masks.

“The kids might grouse a bit about wearing a mask, but at the end of the day they understood that it was something we could do to keep each other healthy,” said Rusling, who is working as a reading interventionist this school year.

Now, though, she said, she noticed the tenor had changed among the adults. As staffers prepped for school, she said, she was one of the few to wear a mask. “It almost feels like you’re not the cool kid when you’re wearing a mask,” she said.

Still, two messages brightened her view of the future. They were from former students who had turned 12 and couldn’t wait to tell her the news: They’d gotten covid vaccines.

This post was previously published on khn.org under a Creative Commons License. 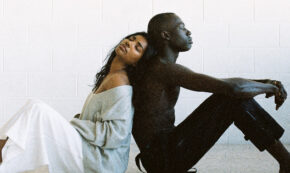 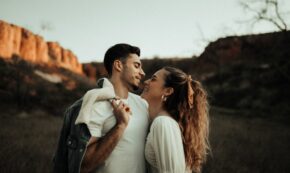 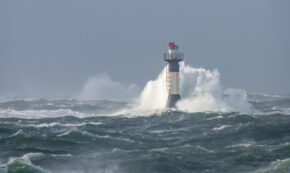 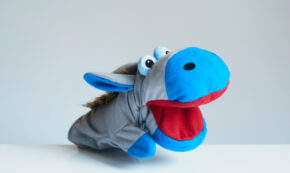 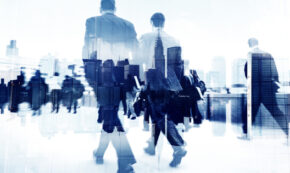