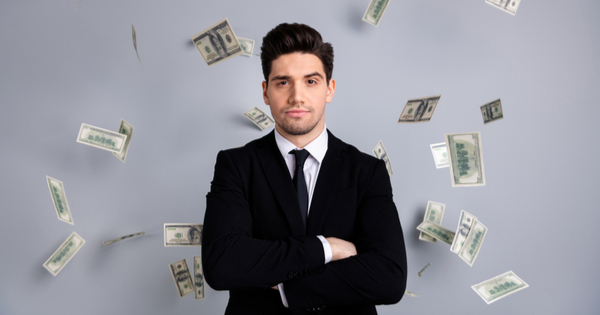 Somewhere in middle America, there’s a man named Dave. You might know him. Today, for the first time ever, Dave is realizing that he’s in a financial death spiral.

Dave makes $60,000 per year. He knows he pays some taxes, but he’s not sure how much. All Dave knows is that his monthly take-home income ends up around $3000.

Right off the top, Dave pays $1200 for rent. His apartment is sick. Or rad. Or perhaps on fleek. Pick your parlance. It’s modern, stylish, and could easily fit another person. But Dave likes to live alone. Fair enough, Dave.

After driving a junky Honda Civic in high school and college, Dave is finally able to drive nicer cars. He leases. Changing cars every 2 years is pretty sweet, Dave thinks. Currently, he’s behind the wheel of an Audi A3. $320 a month, but insurance and gas bring that up to $500 per month.

Dave is young, his friends are young, and they all like to socialize on the town. A couple drinks and dinner, then the $35 bill comes. Life can get a little slow in middle America, so Dave does this a couple of times a week. He spends $250 a month on it.

Other stuff…what other stuff? Dave isn’t sure, actually. Items like Amazon purchases, groceries, gifts for Mother’s Day…Dave knows he buys these things. It’s just that he doesn’t know how much or how often. Dave is unaware that he’s spending about $400 a month on all these other things.

Dave’s dad annoys him about saving for retirement. “Get that compound,” Dad suggests. That compound? At 27, Dave isn’t even halfway to retirement age. He’s got more pertinent things to consider than retirement, he thinks.

This year, Dave started a new habit: as soon as Dave gets paid, the first $200 goes into his savings account. He’s got about $2000 saved up. This is a good thing. Go Dave!

Let’s Add It Up

That’s that. All of Dave’s finances laid out. Have you been keeping track? Because Dave hasn’t.

The first problem is that Dave’s total expenditures are greater than his total income. He makes $3000 per month, but he spends $3050. It’s not that big of a difference, right?

For the five years since college, that $50 monthly deficit has ended up on Dave’s credit card. $50 a month multiplied by 5 years is $3000 of credit card debt.

When Dave looks at his VISA bill, he sees a charge for $45 per month of “interest,” and that “interest” payment doesn’t even affect his $3000 debt. What’s the heck!?

When Dave adds up his net worth, he finds himself about $90,000 in debt. Lots of people are in lots of debt, he thinks. It’s normal. Chronic smoking used to be normal, too. And like an emphysemic, Dave is in trouble.

To the outside world, Dave’s a reasonable example of a successful young man. And I’ll give Dave some credit…it seems like he has some nice things going for him. Education, steady income, nice apartment, nice car. What’s not to like?

Well…Dave’s multiple and repeated financial mistakes are catching up to him. Let’s call out a few of them:

These mistakes are easy to avoid, but nobody ever taught Dave about them. In fact, I would argue that our economy is a funnel designed to trap people like Dave.

Dave’s in trouble, but his path to improvement is well-defined.

Of course, Dave could spend less. He could get a roommate, drive a cheaper car, spend less on fish fry Friday. In my opinion, these are all secondary effects after setting goals and creating a budget.

Maybe Dave really likes his Audi. That’s fine! But something in his budget needs to give. It’s up to Dave to make that choice.

Do you know Dave? Can you relate to Dave? Are you named Dave? If so, I’d love to hear your story. Drop me a line.

Jesse Cramer is an engineer and writer hailing from Rochester, New York. When he’s not working on his blog, he’s probably reading a library book, reluctantly jogging, or relaxing with his girlfriend and their foster dogs.