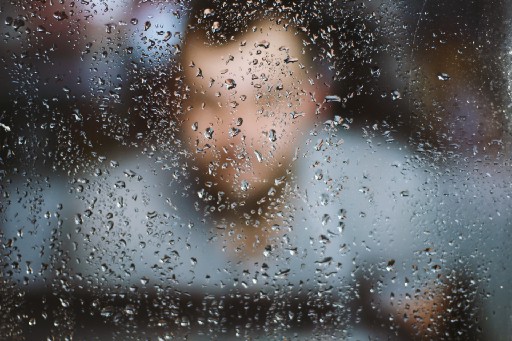 “Self-sabotage is when we say we want something and then go about making sure it doesn’t happen.”

What do you think of when you hear the phrase, “You’re sabotaging yourself?” What comes to mind? Do you get mental images of that one friend who shoots themselves in the foot when their life is going well?

Maybe they called in sick to work a few days in a row after getting a cushy promotion. Perhaps they’re up until 3 a.m. playing video games each night before their 8 a.m. meeting with the corporate manager. Or, maybe they just bought a house while their partner is unemployed and would rather spend their days checking FarmVille.

Would you call this “punishing” their success or happiness? If so, you’re not alone.

For the most part, many of us use these two terms interchangeably and synonymously — for example, when a person sabotages an otherwise amazing relationship by discarding their partner, we would be inclined to say they’re a glutton for punishment.

Or, when we see our coworker showing up hungover to work on Monday morning after another weekend bender, that he’s “punishing” himself.

While we may be in a state of cognitive dissonance — both envious that our coworker can somehow still get his work done while at the same time feeling a little disgusted by his hangover — we may simply brush it off as him punishing himself where sooner or later his boss will figure it out.

But, is he punishing himself?

These words are not at all similar. As a matter of fact, psychologically speaking, sabotage and punishment are polar opposites.

Recognizing and understanding the motives for why a person is engaging in a particular behavior or habit is important for personal growth. And, if they aren’t assessed properly, a disservice can be done to someone seeking awareness into their habits — where a habit may get worse, not better.

Perhaps even more critical is recognizing whether a person engages in a behavior out of “self-sabotage” or “self-punishment”.

For example, let’s say a kid won first place in a spelling bee. Now, after winning first place, the child refuses to enroll in any other spelling bees.

Are they punishing themselves?

Or is it self-sabotage?

What if this child grows up refusing to take chances in college, or to try new things in life? What if they continue limiting their potential by never taking risks? Is this punishment now?

Adding another layer of confusion are contextual clues — things like environment, why a habit is there to begin with, when it started and how long it’s been in effect are important factors to consider for positive personal growth. Other things to consider include whether a behavior has generalized to other areas of a person’s life, as in the example above.

Needless to say, there is a great deal of information necessary in understanding whether a person is sabotaging themselves, or punishing themselves.

The Psychology Behind Sabotage & Punishment

There are several schools of thought that talk openly about human behavior, including Freud. His ‘repetition compulsion’ is described as our unconscious tendency to repeat behaviors learned in our formative (childhood) years. Other psychoanalysts such as Bergler coined ‘psychic masochism’ as similar to a repetition compulsion in which we repeat self-sabotaging behavior, thus we must somehow enjoy it (or we wouldn’t repeat it).

Erik Erikson coined another theory. He coined his stages of development to include developmental repertoires from birth to death, while Maslow’s Hierarchy of Needs beautifully exemplifies how our behavior can be impacted when our basic needs have gone unmet. Similarly, John Bowlby focused his theory on attachment styles, where our earliest attachments are formed in our childhood and influence our behavior and relationships throughout life.

How behavior plays out is what is identified as either self-sabotaging or self-punishing.

Most notable to behavior is the school of thought coined behaviorism, which is one of the most popular schools of thought in psychology since the early 1900s with John Watson and his “little Albert” experiments. While behaviorism was started by Watson, B.F. Skinner is the theorist most notably recognized in behaviorism, thanks to his theory of Operant Conditioning, which posits that behavior is heavily influenced by nurture — through examining how our environment can establish and shape the behavior we keep.

Radical behaviorists practice Operant Conditioning and believe that we are born as “blank slates” where our conditioning (programming) is a direct result of our lived experiences. Skinner’s belief was our environment controls our skill-set, our habits, and our learned behaviors, with less emphasis given to genetics.

It was from this perspective that Skinner’s theory of Operant Conditioning was built, which includes how behavior can be established, shaped, increased, decreased, maintained, and generalized. Similarly, Skinner’s theory uses two foundational concepts: reinforcement and punishment.

If it’s an isolated event, OK, maybe the coworker just tied on one-too-many and is now paying for it. However, if this is a repeated behavior (happening several Mondays in a row), then how is this punishing?

…in other words, coming in hungover is reinforcing to them in some context, thus why they continue doing it.

Sabotage is Reinforcing. Behaviorally speaking, reinforcement increases the probability that a behavior will happen again. So, with regard to self-sabotage, if it happens more than once, it’s self-sabotaging, because it’s continuing. In Freudian context, here is where the repetition compulsion would kick in.

For example, looking back on the example of the person who abandons relationships, if it were an isolated event, then they would get a hall-pass and likely be seen as self-punishment. In this respect, maybe they shot themselves in the foot, realized they ruined a good thing and hopefully learned their lesson from the experience.

In a perfect world, this would happen.

However, things aren’t always so perfect.

These are the considerations that can either make or break it as an “isolated event” (punishment for losing a relationship) or self-sabotage (a repeated bad habit).

Punishment is Punishing. Behaviorally speaking, punishment decreases the probability of a behavior happening again. Using the same example of the relationship ‘discarder’, if it was an isolated event and they learned their lesson from the experience, then discarding their partner was seen as punishment — meaning that they’re less likely to engage in further relationship ‘discards’ in the future.

Because our earliest experiences are so important to our behavior, our thoughts, our beliefs, and our concept of Self, it’s important to recognize how early life helps shape us.

Childhood Upbringing. Here is where most theorists begin their journey because of how critical early life is to our development, which includes our behavior. For example, many of us have lived with the toxicity of generational trauma — where unhealthy behaviors, habits, and patterns are learned for survival early in life, and often carried with a person throughout their life.

Here is also where negligent or abusive parenting can shape a child’s beliefs in themselves as having no value or worth, which can then play out in their behavior — antisocial behavior, self-sabotaging behavior (where a bad habit is repeated), or other disruptions to their life.

For example, if the message being taught to a young kid is to “take what you can”, this negative message can generalize to how they think of themselves, or how they act. If a child is taught that their value stems from what they can “take” out of life, this is teaching things like opportunism — where relationships are seen as opportunity, not love.

Or, if a child is raised by an emotionally unavailable or negligent caregiver, then their basic safety or belonging needs may have gone unchecked. They may also develop an insecure attachment style that is carried with them from one push-pull relationship to another, wreaking havoc on their lives, and in their hearts.

A Word of Caution

There’s a great deal of information available on self-sabotage and self-punishment. Discerning between the two is important in better understanding ourselves and our own behavior.

If it is punishing to a person, it is not likely to continue.

If it is sabotaging to a person, it is likely to continue.

For example, some behaviors such as our inner critic harping on us, refusing to ask our boss for help if we need it, refusing to speak up or allow ourselves a voice, or indulging in denial, anger or resentments are not necessarily punishing, if we continue letting them — they’re self-sabotaging.

The world of behavior is a fascinating experience — how behavior is learned, how it continues, and even when it goes sideways. Understanding ‘why’ we engage in certain behaviors or habits is a great way to expand our self-awareness and promote our personal growth.