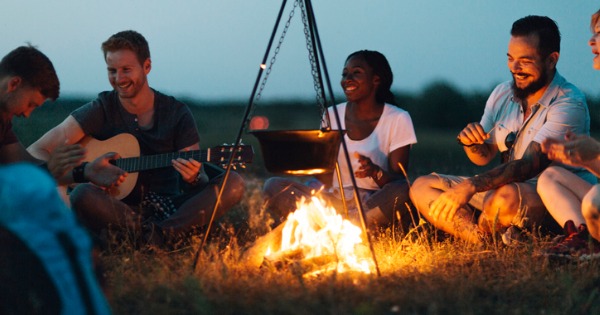 I’m a tad bit embarrassed to admit that the first record album I ever bought was Bobby Sherman’s “Julie, do ya love me.” Yes, even today, typing that title gets that song going in my head –sugary Pop music of the early 1970s. Fortunately, there was a quick pivot away from that first foray into American music. A year later I immersed myself in the music that was key to the southern California of my childhood. Upon learning of my interest in music, my mother went to a local record store to inquire about what she should buy her 14-year-old son for his birthday. She walked out with three audio cassette recordings, wrapped them in colorful paper and placed them at the kitchen table where I found them on my birthday that spring.

I’d never heard of Crosby, Stills, and Nash, Led Zeppelin or Carole King. In retrospect, it was an odd collection, but it inspired a voracious appetite for all things musical. Throughout the 1970s I frequented the record stores, music clubs and concert halls around Los Angeles. Later in college, I developed the embryonic radio station KRCL-FM into a significant player among Southern California college radio stations. As the emerging punk and new wave music scene emerged, we were there to usher in a revival of bands such as The Police, Heart and The Clash. A little-known Irish boy band named U2 first got airplay on that station. Every teenager needs a tribe or a sub-culture to belong to. My world was music.

I never played an instrument, as I was told at an early age I couldn’t sing. The adult condemnation stuck and was later reinforced when I hopped onto a friend’s drum kit, only to be told, “Jim, you got no rhythm.” But that didn’t matter. Music allowed me to enter another world. The combination of sounds and lyrics were the contemporary psalms that gave meaning to my teenage angst. Bruce Springsteen introduced me to poetry, Bob Marley kindled the call for justice, and Joni Mitchell brought the unconscious to life.

Music is sacred, whether we listen to it, sing it or create it. I have often felt that if I had one wish for the tradition which claims me, it would be that Martin Luther would have added music as a third sacrament. I doubt I’d get any opposition to that suggestion today, as Lutherans are among the best-singing denominations of the Protestant movement.

Music is lifted so often in the scriptures. The Psalms were quite likely lyrics set to music, as was the poetry of such books as Ecclesiastes and the Song of Solomon. Roger McGuinn, of the 1960s band The Byrds, took the well-known passage from Ecclesiastes, Chapter 3, and turned it into the song “Turn, Turn, Turn.”

For everything there is a season, and a time for every matter under heaven:

a time to be born, and a time to die;

a time to kill, and a time to heal;

a time to weep, and a time to laugh;

a time to mourn, and a time to dance;

a time to throw away stones, and a time to gather stones together;

a time to embrace, and a time to refrain from embracing;

a time to seek, and a time to lose;

a time to keep, and a time to throw away;

a time to tear, and a time to sew;

a time to keep silence, and a time to speak;

a time to love, and a time to hate;

The New Testament includes references to Jesus and his disciples singing, and Mary’s Magnificat in Luke is a song for the ages. In the 18thcentury, Johann Sebastian Bach then took the Magnificat and turned it into one of his most beloved pieces of vocal music. Music is central in most religious traditions around the world, but particularly in Christianity.

The long connection of western religion and western culture is evident in the works of musicians throughout the ages. The rich legacy and contribution of the African American community to jazz, blues, and gospel music, forms the foundation for much of today’s rock, hip hop, and country music. With this great variety of music, one has to wonder if we can even make a distinction between sacred music and secular music. The singer-songwriter Linford Detweiler, of the Ohio-based band Over the Rhine. recently commented on the sacredness of song:

This reminds me of something Wendell Berry wrote:

There are no unsacred places; there are only sacred places and desecrated places.” At its core, songwriting is a sacred act. Music has huge potential to heal and soothe. No human community can be healthy without culture, without a means to tell our stories together, to make pictures and hear each other’s music. During a particularly difficult, dark time in my own life, I asked my mother what she did when the valley of the shadow grew too deep, when she felt like throwing in the towel, falling down, giving up. She didn’t hesitate one second. Her answer was simple: I sing.

Music-based stories were among the most common examples of everyday spirituality that I received. People wrote of encounters that had every element of divine presence, ranging from times at summer camps where, “I felt God at our campfires as we sat together singing gently to end the evening – the feeling of our spirits touching each other” to more formal settings in a church building. “Singing solos in church brought stage fright, and at my first solo (I) was more than a little scared. God planted in my thoughts: you are singing to me, be calm, it will be all right. It was all right. Years later, when my grandmother died, I knew I needed to sing at her funeral. Though my inability to pick out the notes from sheet music prevented my singing career and attendance at Julliard, as I was practicing the song I would sing for Gram, in her home, I found every note without a piano. God was there.”

Another person wrote of the comfort she received from the Rod Stewart song “Forever Young.” While cleaning her home one weekend, Arlene received a phone call informing her of her father’s imminent death. Without changing clothes, she raced off to the hospital to be with her 84-year-old dad. Sitting with him in his last few moments, she realized she was wearing an old Rod Stewart concert t-shirt, and the lyrics of the song resonated in her head.  “May the Good Lord be with you down every road you roam, may sunshine and happiness surround you when you’re far from home.”

One of my closest friends, who refuses even to enter a church worship service, confessed to me once, “If there is something in this universe that is all-knowing, all-loving…what you might call God, then he, she, it is probably present in the music. Because it seems like music, its tonal quality and its rhythms, are the one truly universal language. Music connects people in ways nothing else – and I mean nothing else does. If there is a God, I think she’s probably more likely a black gospel singer than an old man in white robes.”

One of my motivations for writing a book about spirituality was an attempt to challenge the prevailing myth that it is lacking in our culture, and in particular, our congregations. I wonder if all the instruments that attempt to measure passionate spirituality or vitality are deficient because they don’t measure music as an expression of everyday spirituality. Is it possible that in song, in rhythm, in the poetry of lyrics, the melodies many people delight in, we experience a sacred encounter? This can be true for the teenager listening to screaming guitar on his earbuds, the church member singing boldly while the organist accompanies, or the trombone player performing a solo with her jazz band.

On one of my trips to Honduras, our group’s lunch hour was interrupted by a funeral procession through the old colonial-looking town of Yuscaran. For a few hours, the entire village was transfixed on the ritual of burial as a coffin was carried from the local Roman Catholic Church through the streets to the cemetery on the outskirts of the town. Everything stopped. One could imagine this was how funerals had been conducted here for hundreds of years. Our group of North Americans followed the procession but stayed at a distance as workers lowered the coffin into the ground. Then quietly a single sound emerged over the cemetery – the sound of a clarinet playing an old hymn. The music was both haunting and comforting – a reminder that the sound of the divine was present.

Music helps us cope with life’s unexplainable moments. It gives voice to things we cannot express, emotions too conflicted to comprehend. Music is divine.

In many ways, all music is soul music. Whether in the shower, your car or on stage, let’s sing it out loud.

In August my book Everyday Spirituality: Discover a Life of Hope, Peace and Meaning will be released. This is an excerpt from the book, Chapter 15 Sing. I hope you enjoyed.

Facebook15TweetPin2EmailShares17
wpDiscuz
0
0
Would love your thoughts, please comment.x
()
x
| Reply
Share this ArticleLike this article? Email it to a friend!
Email sent!