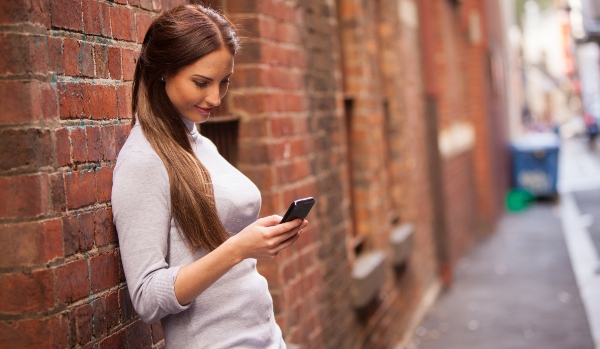 Freaking sick and tired of dating apps? You’re not alone.

No matter how much you hate them, it’s still the most preferable place for singles to look for a partner.

The problem here is that many people don’t know when to quit. They spend many years jumping from one app to another, hoping it’ll work out.

Guess what? They are all the same. They have the same promise of helping you find the right person.

Sure, some dating apps are better than others, but it’s most likely because of the additional feature. Bumble, for example, has this “BFF” feature, which basically lets you connect with new people as friends instead of dating directly.

But other than that? Not much difference.

It’s the same place where you have to swipe right or left endlessly. And I get that it can be mentally draining sometimes.

So with all those minus, why are people coming back to it? Even after they swore off, they’d never use it again?

They feel more secure getting to know new people online

Dating apps work wonders for introverts in general. They don’t like the idea of reaching out to new people in real life because it takes more energy.

Talking on the phone is easy. You can even choose first from your match list and see which one you’d like to meet in person.

Many people are also on dating apps because they feel like they have more control. If you don’t like to proceed, you can just “unmatched” and poof, they’re gone.

This is also what triggered a lot of new toxic behaviors around online dating.

People are playing games just to get more matches. And if you’re not aware, it’s easy to get your heart broken over and over again.

They surround themselves with people who actively use dating apps

FOMO (the feeling of missing out) is real.

Especially when you’re still in your 20s or early 30s. I was also getting peer pressure when I was single. I thought, “there’s no way I could meet someone new without joining a dating app.”

However, just because your friends found their partner online doesn’t mean you should follow their path.

I hate to say this, but luck plays a huge role here too. You can’t be on dating apps and blindly hope that it’ll work out.

At some point, you need to use your logical sense. Try to see if it’s still something that you want to put your time and energy into.

Bali is one of those places where people prefer to use dating apps than meet in real life.

No wonder many people have a problem with choosing who they want to be with. There are just too many fish in the sea.

Most of the couples I know from Bali admit that it’s a lot harder to meet new people offline.

Although, since most people are on dating apps, it means there’s more competition.

So, depending on where you live, sometimes it’s truly not your fault that you keep coming back to dating apps. Because that’s what looks “normal” in your environment.

How do you know if online dating is right for you?

Online dating isn’t for you if you got these signs:

While the signs can be very subtle sometimes, one thing to remember is that being on online dating shouldn’t make you feel bad about yourself.

Sure, rejection hurts. But it doesn’t mean that’s your permanent feeling while you’re on it.

I’ve known people whose self-esteem became so much lower than before because they decided to join Tinder. Yet they refuse to quit because they think there’s no other way.

The reality is, that many people are still finding success from meeting someone new offline.

Life events like book clubs, any communities that comes from your hobbies or traveling. Many people are still keen on having a real conversation in person rather than via the phone.

So if you’re reading this and not sure if quitting online dating is the right way to go, ask yourself this: is it even worth it in the first place?

The thing is, dating apps won’t go anywhere, even if you take 2 years off. So go out there and see if you like meeting and connecting with people in real life better.

After all, what’s the rush?

I think and journal a lot. Based in Vancouver. Content in personal growth & mental health| Visit me at www.inspiringsunday.com