August McLaughlin shares empowering tips from her podcast with therapist Dr. Wendy O’Connor on how we can all keep ourselves safer.

Editor’s Note: As the author mentions, she has heard from both women and men who have been stalked and harassed. Accordingly, the advice offered is applicable for both.

When I think of personal safety, two things pop to mind: The Gift of Fear, by Gavin de Becker, and the creepy man on the subway who followed me home. If only I’d read de Becker’s book back then.

I was working as a model in NYC when, after a long photo shoot that ended at dusk, I hopped on the subway. When I felt a man staring at me then looked up and confirmed he was, I did what I typically did in such cases: darted my eyes away. Then I settled further into the crowd around me so I could keep daydreaming, sans creepy-stare.

Several train transfers and blocks of walking later, I arrived at my apartment building. As I stepped onto the elevator, commotion erupted behind me. I turned to see the creepy guy who’d been staring inches behind me—being yanked back by the building’s security guard. I was okay physically, but shaken and terrified.

Years later, when I read The Gift of Fear, this experience echoed repeatedly. I saw all of the signs, in neon. I’d felt the guy staring, noticed my fear and, sadly, ignored it. Nowadays, I would have looked at him guy straight on, observed his build, approximate age and ethnicity. I’d have maintained awareness of him, rather than vanished into daydreams. I’d have noticed him trailing behind me, called out his description if need be and gone straight to an authority—to whom I could’ve described him fully—and sought safe accompaniment home.

This is only one of many experiences in which I ignored my instincts. I doubt any woman could read The Gift of Fear without nodding repeatedly.

As de Becker points out, humans are the only species that ignores instinctual fear. While animals dart away in light of perceived danger, we, especially women, often convince ourselves to stay around it. So cultured to be polite, we feel we should be “nice” to the guy who’s giving us the creeps. Good girls don’t shun others, we’re taught, unless they cause us obvious harm. I don’t know about you, but I’d rather prevent harm in the first place.

Being victimized by abuse of any kind is never our fault. Ever.

Predators prey. They stalk, seek out our vulnerabilities and, in the case of sociopaths, are highly skilled at donning sheep’s clothing. But we can learn ways to keep ourselves safe, note the red flags and prevent the worst-case-scenarios.

During my series on dating a sociopath on my blog and show these past two weeks, I’ve heard from many women (and some men) who’ve been stalked, harassed and confined by the controls of an abusive partner. Numerous described the fear they felt upon meeting the person. Some only recognized it in hindsight, or mistook it for magnetism. These women, like so many of others, learned the hard way that our instincts are always to be trusted.

That gut feeling is there for a reason—you don’t even need to know the reason in order to listen or respond. Dr. Wendy O’Connor, the marriage and family therapist I interviewed inthis episode, described trusting your gut as the most important red flag.

“So often people get a swirl of emotions, elations, or a deep dark feeling or the famous ‘creeped out feeling,’” she said. “Regardless if it’s positive or negative to the extreme, pay attention to it!”

As we hone in to stay better in-tune with that inner voice/gut feeling, we should also prioritize becoming more aware of our overall emotions, wants and needs. Doing so requires minimizing distraction—i.e., putting the cell phone and iPod away when we’re out in public alone, for example, and stepping into and exploring any difficult emotions that arise, rather than avoiding them.

If you sense that something is off—publicly or within a relationship—don’t write it off, suggests Dr. Wendy, thinking, ‘Am I crazy?’ Instead, respect and observe those feelings. They’re sharper than you may realize, and could help save you from harm.

Contrary to what many fairytales suggest, a healthy, loving person does not attack us with love and attention. They don’t repeatedly show up uninvited, bombard us with gifts and attention when they barely know us or facilitate constant contact (such as perpetual texts or phone calls). They respect us and our privacy.

If you’re in a relationship and something feels off, look for themes and patterns.

“Do they track your every moment or isolate you from loved ones? This isn’t normal, love or admiration. This is stalking.” – Dr. Wendy O’Connor

It’s easy to feel somewhat anonymous and safe while posting on social media, and I personally love sharing about my life. But without appropriate boundaries, we open ourselves up to all kinds of risk.

Here are some simple steps to minimize them:

Self-defense classes are empowering. We all deserve to feel safe and secure, and to protect ourselves if need be.

I personally recommend IMPACT, if you have access—though any class that teaches self-defense is worth it. Ideally, the class will teach ways to prevent the need for traditional self-defense tactics, and make both prevention and defense so automatic, it’s muscle memory. This is vital, because once adrenaline kicks in, you’re probably not going to be thinking clearly enough to locate and use your mace can, for example. And holding your keys between your fingers as a “knife,” as many women do, won’t cut it. (No pun intended!)

Even if you feel whatever’s happening is “nothing,” feel incapable of getting out of an abusive relationship, or even that you don’t really want to get out but know on some level that you should, professional support is a primo idea. You have nothing to lose by trying, and possibly far more than you realize by not.

Dr. Wendy suggests working with a licensed professional for feedback and to come up with a good game plan, then staying connected with them for a period of time. Meanwhile, don’t hold back.

Often people will lie to their therapist about the most basic things,” she said. “Develop trust with your therapist and talk about your resistance, lack of insecurity, talk about secrets and your desire to learn how to open up to another. Any good professional will be non-judgmental, caring and trusting.

Safety and Protection Resources, via Gavin de Becker and Associates

The Gift of Fear, by Gavin de Becker

From “Soul Mate” to Soul Sucker: My Relationship with a Sociopath

In “Love” with a Narcissist/Sociopath: Althea’s Story

I Dated a Sociopath, Part I on Girl Boner Radio: True Stories of Hurt and Healing

I Dated a Sociopath, Part II on Girl Boner Radio: Hope and Healing

The Borderline and Narcissist Love Relationship by Dr. Wendy O’Connor

Does Real Love Exist on the Internet? by Dr. Wendy O’Connor

August McLaughlin is an award-winning health and sexuality writer, radio personality and creator of the empowering female sexuality brand #GirlBoner. Her work has been featured by the Huffington Post, LIVESTRONG.com, Sexual Wellness News, DAME Magazine, Healthy Aging Magazine and more. Her first novel, In Her Shadow, a thriller loosely based on her battle with anorexia while working as an international model, was an 2013 Indies for Excellence finalist, and in 2014 she was named one of BlogHer’s Voices of the Year. Known for melding personal passion with activism, she uses her skills as a public speaker and journalist to inspire other women to embrace their bodies and sexuality, making way for fuller, more authentic lives.

“And holding your keys between your fingers as a “knife,” as many women do, won’t cut it. (No pun intended!)” I’m not endorsing or attempting to dissuade you from using the technique. This information is provided as is and without warranty expressed or implied. It’s for informational purposes only to give you back ground on the technique. OK, I guess I got the disclaimer. In taekwondo there is a technique called the knife hand. You extend the two fingers closest to the thumb. This is probably where the technique is derived. A traditional martial artist will do push ups on… Read more » 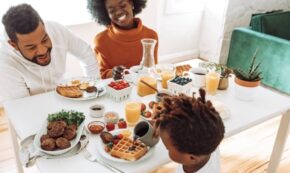 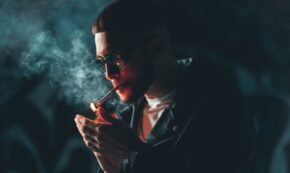 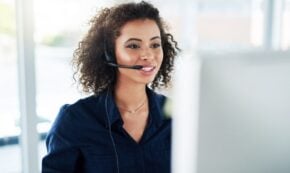 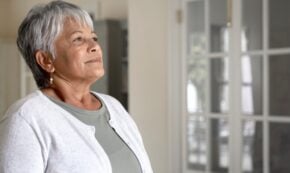 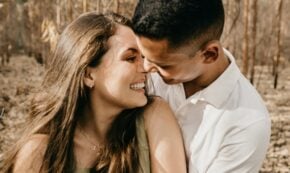