We need to stop thinking about bullying as a youth problem, and instead look at how bullying “trickles down” from adults to young people.

While studying a number of bullying prevention programs, I find that, while providing good overall theoretical and conceptual foundations and strategies for prevention and reduction of incidents, some crucial components are still missing. We must also discuss and examine the social and cultural contexts wherein bullying attitudes and behaviors often stem. We must find ways not only to understand and to actually engage in correcting these larger social and cultural contexts.

I contend that we must not view bullying and harassment as simply youth problems and behaviors, but rather, investigate the contexts in which bullying “trickles down” from the larger society and is reproduced within the schools. Young people, through the process of social learning, often acquire bullying and harassing attitudes and behaviors, and they also often learn the socially sanctioned targets for their aggressive behaviors.

The developmental and educational psychologist, Albert Bandura, proposed that young people learn primarily through observation, and that one’s culture transmits social mores and what Bandura called “complex competencies” through social modeling. As he noted, the root meaning of the word “teach” is “to show.”

Society presents many role models, from very positive and affirming to very negative, biased, aggressive, & destructive. Modeling, he asserted, is composed of more than concrete actions, which he referred to as “response mimicry,” but also involves abstract concepts, “abstract modeling,” such as following rules, taking on values and beliefs, making moral and ethical judgments.

As young people observe negative role modeling in the society, at home, in the media, at school, and other social sites, this can result in them taking on prejudicial judgments and aggressive or violent behaviors. Youth can learn behaviors, like verbal and physical aggression, by observing and imitating others even in the absence of behavioral reinforcements. Bandura found that young people can be highly influenced by observing adult behavior, and perceive that such behavior is acceptable, while freeing their own aggressive inhibitions. They are then more likely to behave aggressively in future situations.

Those who bully, therefore, often fulfill the social “function” of establishing and reinforcing the norms stemming from their environment. They often justify their behaviors by blaming the targets of their attacks, and emphasizing that they somehow deserve the aggression because they in some ways deviate from established societal standards.

In a 2014 National Civility Survey by Weber Shandwick and Powell Tate, with KRC Research, found that about 66% of U.S. citizens believe that we have “a major civility problem,” and 70% believe that “civility has eroded over the past few years.”

So, what messages (or double messages) are we modeling for youth that seep into the schools, messages they assimilate and manifest as bullying and harassing behaviors?  In answering this question, I could provide an inexhaustible list, but I would like, instead, to discuss just a few in two primary realms — the electoral-political and corporate business, that might tend to go unnoticed because they have become so thoroughly incorporated into the social and cultural fabric and, thereby, tend to avoid scrutiny while seeming rather “normal,” or at least neutral.

What kinds of messages are we sending young people as we as a society promote and validate restaurant chains like Hooters and Twin Peaks (as well as Girlie Pancake House whose motto is “They’re Better Stacked”) where potential servers whose bodies fall outside the proverbial hour-glass shape with manifestly large breasts need not apply, and TV commercials that codify rigid socially-constructed gender roles where girls and women clean and cook and boys and men engage in dangerous activities, work outside the home, and “protect” the womenfolk? And what are the messages as state after state and politician after politician attempt to pass legislation restricting women’s rights to control their bodies, including needless and invasive inter-uterine ultrasound procedures, while also attempting to defund family planning and medical clinics like Planned Parenthood, which serve the health needs of women from all walks of life?

What kinds of messages are we sending young people when states and politicians attempt to pass or have actually passed Constitutional amendments limiting marriage to a union between one man and one woman, which has been codified in the GOP 2012 Presidential Platform stating in part: “…we believe that marriage, the union of one man and one woman must be upheld as the national standard,” and where for many years the so-called “Don’t Ask, Don’t Tell, Don’t Pursue” military policy forced lesbian, gay, bisexual, and trans* potential recruits and active personnel to lie about who they love and how they express their gender, and where some politicians are advocating going back to those oppressive days (official policy still restricts trans* people from joining the military); and where many school boards remain intransigent by refusing to enumerate “sexual identity” and “gender identity and expression” among protected categories in bullying prevention legislation; and where the Boy Scouts of America not too long ago forbad membership to gay, bisexual, and trans* scouts and still forbids gay, bisexual, and trans* scout leaders?

What kinds of messages are we sending young people as politicians represent our President as “illegitimate” for allegedly not having been born in the United States, by characterizing the Affordable Health Care Act (which they refer to “Obamacare”) as left-wing European-style socialism that will result in government dependency, and where political posters depict Mr. Obama as a stereotypical African medicine man wearing virtually only a loin cloth and bones and feathers on his head, all serving as coded racist language and visuals to call into question the patriotism and “Americanism” of our biracial leader?

What kinds of messages are we sending young people as states and politicians forward and pass so-called “Anti-Sharia” laws to restrict Islamic law from supposedly taking hold over the United States, and our leaders protest the establishment of Islamic centers in places like New York City and Murfreesboro, Tennessee, and politicians attempt to equate President Obama with extremists who want nothing more than to wipe out the United States as we know it? And what about people like Baptist minister Robert Jeffress and others who define Mormonism as “a cult,” and conservative commentator Ann Coulter on the CNBC show “The Big Idea,” forthrightly asserting that everyone on earth should be Christian and that Jews need to be “perfected….It is better if we were all Christians,” and the current governor of Alabama, Robert Bentley, in January 2011 announcing during his inauguration that “So anybody here today who has not accepted Jesus Christ as their savior, I’m telling you, you’re not my brother and you’re not my sister, and I want to be your brother”? In the final analysis, all of this promotes ignorance and fear against anyone who follows the tenets of Islam, Mormonism, and Judaism, while opposing Atheists and Agnostics, or for that matter, anyone who does not adhere to traditional forms of Christianity.

And what kinds of messages are we sending young people regarding how to handle conflict when the National Rifle Association (one of whose mottos is “Guns Save Lives”) owns our politicians who allow automatic and semi-automatic gun ownership to remain virtually unrestricted, where the camping and outdoors superstore, Cabela’s, handed out envelopes to the first 800 people over the age of 18 who lined up in front of its stores for a chance to win a Browning A-Bolt Medallion .300 WSM rifle with a Cabela’s 50th anniversary gun case worth $875, where Nations Truck Sales in Sanford, Florida offered each customer a brand spanking new assault rifle with the purchase of a truck. And the company, Holy Smoke Bullet Urns of Stockton, Alabama provides the “service” to your loved ones the ability to help you kill long after you have died. For the measly sum of only $1250, they can have you cremated with a pound of your ashes stuffed inside genuine bullets, resurrecting you as live ammunition. And what about the rising tide of gun clubs that offer its members the option of posing for holiday cards where youth and parents choose between grenade launchers, assault rifles, and AK-47s for display while sitting upon Santa’s lap?

And what kinds of messages are we sending young people as state after state and politician after politician attempt to pass punitive, dehumanizing, and, yes, racist anti-immigration measures, and where some states as well as national legislators endeavor to and actually pass, as in Iowa, laws mandating English as the “official” language, which has the effect of demonizing and marginalizing non-native born and non-English speakers?

And what kinds of messages are we sending young people with the ever-increasing incidents of police officers arresting and killing unarmed black and brown boys and men throughout our country?

So I ask again, what kinds of messages are we really sending our youth, and do we truly understand our own complicity in the bullying we see in our schools? Unless and until we grapple with the ways in which our society promotes and gives justification to such bullying, we will never truly solve the problems.

You can’t stop youth bullying unless you do something about the adult bullying particularly when those adult bullies occupied high ranking business and government positions that makes them immune to any sort of disciplinary action let alone prosecution.

“As youth observe negative role modeling in society and at home…” It was because I was afraid of the negative effects on my son that we broke off with two close friends over the past few years…it is slightly awkward when we run into these former friends in town, but my son is way cool and polite to them and then walks away….I have talked frankly to my son and called out their abusive and lying behavior….I told him that people like that cannot change if you hang around and enable them….you just have to distance yourself for your own… Read more » 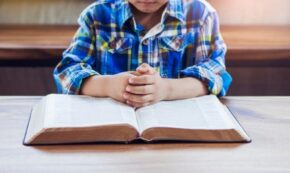 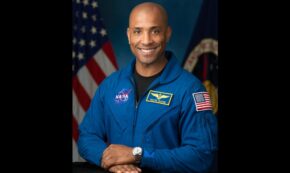 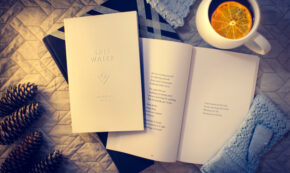 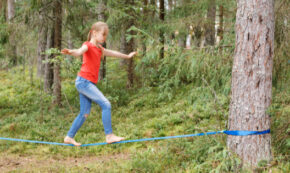 FacebookTweetPinEmailShares368
wpDiscuz
3
0
Would love your thoughts, please comment.x
()
x
| Reply
Share this ArticleLike this article? Email it to a friend!
Email sent!