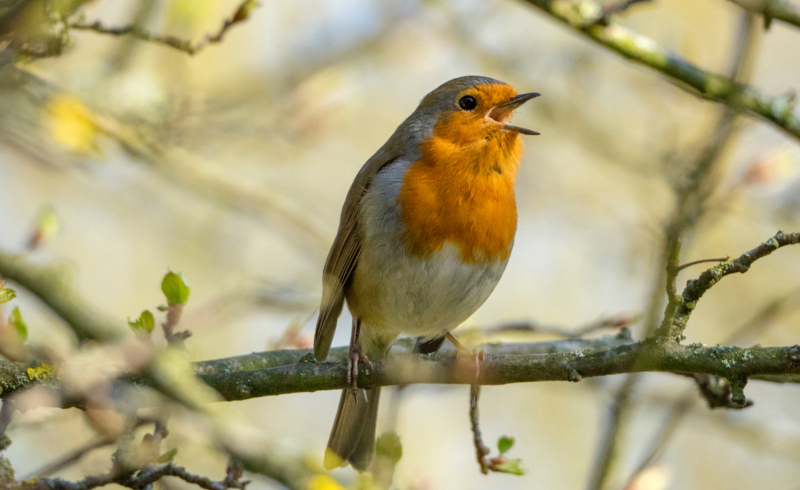 As a citywide lockdown in San Francisco began to take effect, cars disappeared from the city’s streets and noise levels dropped. Songbirds began singing more joyfully again and changing their tunes in the process as males tried to woo females. Even the vocal range of the birds improved markedly, scientists report.

Songbirds in the San Francisco Bay area responded to the increased quiet “by producing higher performance songs at lower amplitudes, effectively maximizing communication distance and salience,” a team of scientists write in a new study.

Their findings, they say, “illustrate that behavioral traits can change rapidly in response to newly favorable conditions, indicating an inherent resilience to long-standing anthropogenic pressures like noise pollution.”

This is a welcome insight as chronic manmade noise pollution has been shown to badly affect even fish living underwater. Yet given a respite from all the hubbub and cacophony, animals can fast regain their natural equilibrium, the study indicates.

During the usual noise of the city in San Francisco, local male songbirds need to sing more loudly so that their tunes carry over all the background noise. However, as noise levels during a months-long lockdown fell by half, birds like sparrows reacted by toning down their volume.

This enabled the birds to hit lower notes and so expand their vocal range, says a team of scientists who compared recorded samples of birdsong from previous years to those recorded at the same sites in April and May this year. “When you’re shouting at a cocktail party, your voice is not at its best,” explains one of the researchers, Elizabeth Derryberry, a behavioral ecologist at the University of Tennessee.

Yet with lower background noise male birds managed to lower the volume of their voice by almost a third, which made them sound less shrill and so “sexier” to females. “They were better competitors, and they sounded like better mates to females,” Derryberry says.

These findings should provide city planners with a further incentive to find long-term solutions to excessive noise pollution, especially in wildlife-rich parts of urban areas, so as to allow animals sharing urban spaces with us to cohabit those spaces with greater ease.