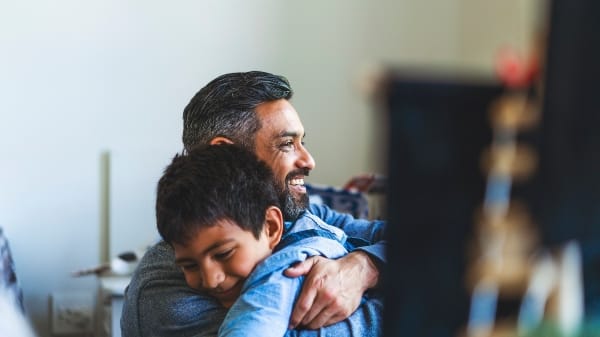 Hitting young children on the bottom doesn’t make them better behaved in the long term. Spanking or smacking has no impact on the positive qualities that most parents value in children, such as friendliness, openness, kindness, sympathy and understanding of others. Instead, mothers’ warmth is associated with an increase in these qualities, sometimes called “social competence”.

Children’s social competence was not linked to hitting by parents, according to our long-term study of 3,279 urban US families with young children. This is important because many parents continue to use such physical punishment in the belief that it will have a positive impact on their children’s long-term behavior.

Recent studies with national samples of parents have found that over three-quarters of children are spanked at least once, and most are spanked more often. The practice peaks at about age 3. Many parents believe that the physical pain of spanking, when accompanied by a message about behaving well, will discipline children into being “nicer” and having more socially desirable behaviors.

However, our study demonstrates that parents are misguided if they believe that spanking makes their children better behaved. We found no positive association between mothers’ use of spanking and children’s future social competence. Our results are consistent with numerous earlier studies that have found considerable and long-lasting negative outcomes associated with spanking children. These include higher levels of aggression, poorer mental health, lower cognitive ability, more negative relationships with parents, and a higher risk of delinquency and criminality. Spanking is also linked with a higher risk of physical abuse. The fact that we found no demonstrable positive effects, when combined with this well-established evidence about negative impacts, undermines the widely held view that spanking is either a necessary or effective way to promote desirable child behavior.

Our study produced important evidence that maternal warmth—which includes affection, positive reinforcement and responding verbally to children—is associated with positive behaviors in children over time. We found that parental warmth, unlike hitting, is linked to improved social competence in children: friendliness, openness, and kindness and sympathy for others. In short, if you want your children to be warm, friendly and sociable, then be warm and kind towards them. Spanking teaches children that hitting is acceptable: most parents don’t want their children to be aggressive and key to that goal, alongside other positive outcomes, is not hitting them.

Intriguingly, we also found that maternal warmth is unrelated to child aggression; and, in prior work, we’ve shown that parental warmth didn’t moderate the increased child aggression associated with hitting a child. We found that children who were spanked were more aggressive even when their mothers were high in warmth. Our study suggests that two systems are operating to affect child behaviors, and they are not related to each other: hitting children is linked to aggression but not to social competence; parental warmth is linked to social competence but not to aggression.

We know of no prior studies that have specifically examined both spanking and warmth as predictors of “good behavior” by children or that have compared their impact on positive qualities in child behavior.

Our findings suggest that we need to change common parenting practices and beliefs regarding spanking among large numbers of people around the world. Changing these practices in such sizeable populations could lead to considerable benefits at relatively low cost, if the change were taken up widely.

Our results also suggest that professionals who work with children should discourage parents from spanking young children, because it doesn’t improve their behavior, and it is linked to many adverse outcomes. Instead, they should encourage parents to be warm and responsive to their children.

Facebook1.8kTweetPinEmail1Shares1.8k
wpDiscuz
0
0
Would love your thoughts, please comment.x
()
x
| Reply
Share this ArticleLike this article? Email it to a friend!
Email sent!