—
One of the overarching problems in the modeling world—an industry that thrives on the commodity of beauty—is the problem of abuse, harassment, and exploitation.

It has become more and more rampant, yet, it has also been continuously brushed under the rug. Haunting not only the halls of smalltime fashion shoots, but also the glamorous and glitzy runways of Paris fashion week, among many others. That’s not all: a lot of the recipients of these abuses are often very young, up-and-coming teenage models who are gunning for a shot at modeling superstardom.

The Lure of Modeling

We can’t blame young women for subscribing to an industry that has a lot of faulty aspects to it. With how the glamor and the allure of modeling is broadcasted across TV sets, behind Instagram freebies, and hot pressed on magazine spreads, it’s hard to ignore what lucrative life it offers.

Whether the dream for these young models is to grace the cover of Sports Illustrated or walk down runways with wings on, the problem remains the same: and it’s that young talents will always be vulnerable to exploitation and harassment perpetuated by certain institutions.

It doesn’t stop there. In an expose by CNN, Carolyn Kramer, a former executive for a modeling agency, said: “When you’re a supermodel like Giselle or Christy Turlington, you’re treated like royalty, but 99 percent of models are treated like garbage.” Carolyn Kramer was citing not just sexual harassment issues, but as well as salary-related abuses that young models usually deal with.

For all of these reasons and more, founder and executive director Sara Li took it upon herself to build Project Consent, a non-profit organization made up of 18 executive members and over fifty volunteer staff members, aimed at sharing a platform through social media campaigns, original content, and partnerships with various organizations geared towards eradicating rape culture. In Sara Li’s words, Project Consent started as “a light bulb idea formed in the bedroom of one teenage girl that wanted to make a difference.”

Established in 2014, Project Consent has since partnered with MODA Casting, a digital platform that operates as the first location-based booking app for models to look up jobs in their areas without the need of a modeling agency or a casting director.

MODA Casting has been making breakthroughs in the modeling industry for allowing clients to book models for their events without having to go through the long and tedious process of negotiating with modeling agencies that take up so much time before any confirmations are guaranteed. Moreover, it allows clients to save money by avoiding traditional modeling agency fees as well as the possible logistical costs of having to fly models in because of last-minute unavailability that tends to happen in many events.

MODA Casting has also revolutionized how the modeling industry works. The app does this by leaning favorably towards hardworking models who do not have as much clout in the community due to a lack of modeling agents or connections.

The platform has proven to be empowering for models who want to take control over the direction of their careers, the flexibility of their time, and the power to charge without the fear of being short-changed by agencies that tend to abuse young, inexperienced models. As they say, it has rapidly become the “Uber for Models”.

Ultimately, MODA Casting has been a game changer in terms of forwarding the cause of models who may not be getting booked as often as they want, and thus, have been forced to endure abuses coming from institutions that go under the radar precisely because these young models have little to choose from. With MODA Casting, models are taking control of their jobs, and are able to reject or accept work based on their personal preferences.

The platform has not only been making huge leaps in the industry for clients and models alike, but by design, it has actively fought problems on short-changing models who—without MODA Casting or other secure platforms—are vulnerable to being promised salary that they don’t necessarily get, as what is apparent in a lot of traditional modeling work acquired through agencies.

In the fashion of breaking barriers, the partnership between MODA Casting and Project Consent, aptly titled #SpeakUp, is a campaign to stop sexual harassment and violence in the modeling industry. This debut project is a social media campaign meant to encourage women to speak up against abuse, and share stories of inspiration around their circles of influence.

Not only is the partnership a vital addition to MODA Casting’s already groundbreaking body of work, it also speaks volumes about the principled stances that institutions are finally making in the name of protection. 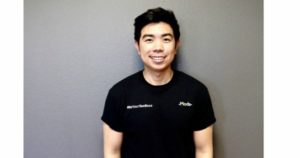 “This is crucial; as it is mostly young people—between 15-25 years old—who suffer the most abuses and exploitations that are deeply entrenched and have been cultivated in the long history of the modeling world,” shares Victor Teruel, founder and CEO of MODA Casting.

More importantly, the partnership signals a new era for models and clients to work together in creating a change that hopefully resonates from the catwalks of Paris down to the small daytime bookings in Las Vegas.

With this partnership cemented firmly, the modeling industry will never be the same again. And this time, it’s in favor of its development towards more ethical practices, more efficient transactions, and model protection.

This is a featured post by site sponsor Prime Press

Alfonso Manalastas is an advertising copywriter, a published creative non-fiction writer, and a touring spoken word artist. He writes mostly about gender and equality, socio-political issues, personal development, and the arts.

Facebook451TweetPin96EmailShares547
wpDiscuz
Share this ArticleLike this article? Email it to a friend!
Email sent!