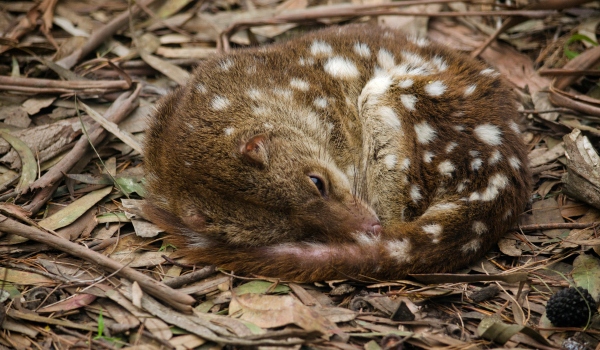 LONDON, 17 October, 2018 − Humankind is now extinguishing animal and plant species so swiftly that evolution cannot keep up, according to new research.

Unless nations follow up their promises to preserve habitat and conserve biodiversity, so many mammals will disappear in the next 50 years that it will take nature between three and five million years to recover.

And it could take up to seven million years just to restore biodiversity to the level it maintained before Homo sapiens emerged to take over the planet.

As hunters, settlers, farmers, builders and polluters, humans have already eliminated many hundreds of species. The emergence of modern humans coincided with unexplained loss of a dramatic range of large creatures around the end of the last Ice Age.

“Large mammals, or megafuna, such as giant sloths and sabre-toothed tigers, which became extinct about 10,000 years ago, were highly evolutionarily distinct,” says Matt Davis, a palaeontologist at Aarhus University, Denmark. “Since they had few close relatives, their extinctions meant that entire branches of Earth’s evolutionary tree were chopped off.

“There are hundreds of species of shrew, so they can weather a few extinctions. There were only four species of sabre-toothed tiger; they all went extinct.”

Geologists and palaeontologists have identified five major extinctions in the last half a billion years − episodes in which the planet underwent dramatic change, each time with the loss of a huge proportion of life’s variety.

The last was 65 million years ago, and is linked to a possible asteroid impact that happened at the time of the disappearance of the dinosaurs. The latest began with the dramatic rise in human numbers, and has already been identified as the beginning of the sixth mass extinction.

Dr Davis and his co-authors report in the journal Proceedings of the National Academy of Sciences that they considered the problem as a loss not of individual species, but of what they call phylogenetic diversity − that is, all the genetic material assembled in millions or even billions of years of evolution, and therefore all the future possibilities those genes might hold.

The International Union for the Conservation of Nature predicts that more than 99% of critically-endangered species and 67% of endangered species could be wiped out within the next century, and other researchers have repeatedly warned that the extinction process is likely to be accelerated by climate change.

Even so, those mammals that continued to co-exist with humans would naturally evolve − perhaps sometimes to colonise ecological gaps left by the disappearance of very different species.

So the researchers set themselves a straightforward calculation: how long would that process take? Could mammals evolve fast enough to recover from a sixth mass extinction?

They found that bringing back life to the variety it once enjoyed would mean that all the mammals on Earth would have to spawn new species (speciate ) as fast as the cichlid fish of Lake Victoria and Lake Malawi − the textbook measure of very fast evolution.

If the extinction rate fell to what had been the average before humans moved in, mammals would have to speciate faster than they have ever done before, just to restore the evolutionary history the planet is expected to lose in the next 50 years.

“It would be much easier to save biodiversity now than to re-evolve it later,” Dr Davis says.

More realistically, the researchers report, recovery time will stretch over at least three million and perhaps five million years. And since each extinction is a loss of millions of years of genetic possibilities, evolution can only deliver a very different mix of animal life.

Rodents are expected to flourish, and especially rats. Eulipotyphlans (the group that includes hedgehogs, moles and shrews), bats, opossums, rabbits, and carnivorans (anything from the weasel to the polar bear) could make some gains. Primates and Australia’s wonderful marsupials – including already endangered species such as the Tasmanian devil and the northern quoll −could be conspicuous losers.

“If we could momentarily stop extinctions for mammals, we would save as much evolutionary history in the next 100 years as what our ancestors lost in the last 100,000 years,” the researchers conclude.

“Extinction is part of evolution, but the unnatural rapidity of current species losses forces us to address whether we are cutting off twigs or whole branches from the tree of life.” − Climate News Network

Facebook274Tweet2Pin1EmailShares277
wpDiscuz
0
0
Would love your thoughts, please comment.x
()
x
| Reply
Share this ArticleLike this article? Email it to a friend!
Email sent!