Get Daily Email
Join/Login CLOSE
Home / Featured Content / Sports at Home: A Trend That Will Run and Run? 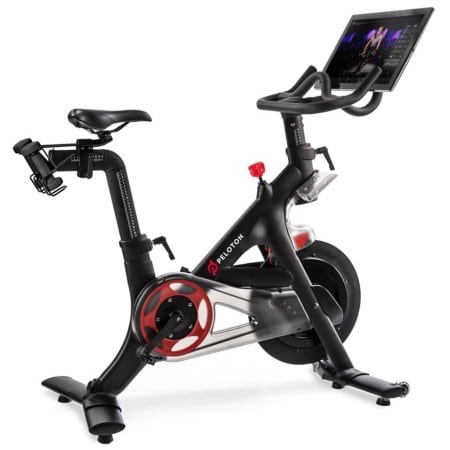 —
In the United States, is a decidedly social phenomenon: since 2012, more than one million people have spent more than $2,000 on a Peloton static bicycle equipped with a screen and connected to the internet, giving users extra motivation by competing with others in real time, at a cost of $39 per month. Last week, the company began readying to go public, prompting analysts to consider the possibilities of Peloton’s business model.

The stationary bicycle is the best-selling home sports equipment in the world, even if the vast majority of people give up within a couple of months. Finding the motivation to pedal on a stationary bike is not easy, or at least not for long. The Peloton model uses the social aspect to generate that motivation: on the screen are classes taught by the company, while users can compete against others silhouetted in gray, besides gamification mechanisms via a results panel enabling competition between users. Apparently, the fact that the bicycle costs much more than an ordinary static bicycle or that the subscription is almost $40 a month is not a problem, or at least not high enough to discourage users, and earns the company around $4.1 billion. Alternatively, for about $20, you can use any other static bike and the Peloton app on your smartphone to access some limited functionality, but you cannot combine the app with a Peloton bike to avoid paying the $39. Last year, the company launched its second product, a treadmill costing $4,000, is working on a rowing machine, and has generated a cult following that shares its achievements on social networks.

At the moment, and barring any problems with the music rights used for the training sessions, the company seems to continue to enroll users at a reasonable rate and with the IPO, could establish itself as an interesting business phenomenon. Few models are as attractive as one that forces its users to make an initial major investment, which only reaches its utility and full functionality if, in addition, they keep paying a subscription, which stimulates loyalty, as does the effect of seeing that we are not alone when doing sports. Peloton has not yet received much attention outside the United States, and was recently launched in Canada and the United Kingdom, and seems to have reasonable international appeal and can be combined with other elements such as virtual reality viewers.
Of course, there is no shortage of competitors: Hydrow, another rowing machine; Tonal, a large panel on the wall with multiple exercise possibilities; or Mirror, an intelligent mirror in front of which all kinds of routines can be carried out. Is sport at home a phenomenon that will run and run?

This post was previously published on www.medium.com and is republished here under a Creative Commons license CC BY-ND 3.0.
—
Photo credit: Enrique Dans