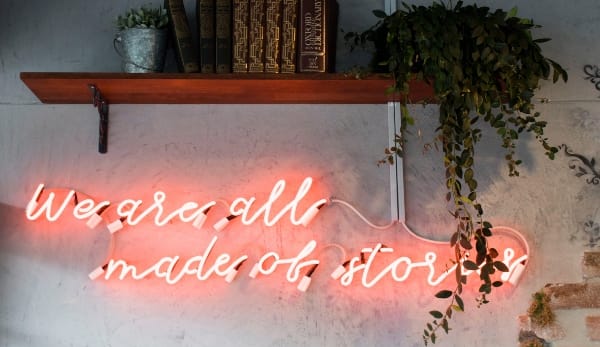 One day in my male therapist’s office, I told him that men are afraid of me. He responded, “Oh, Carol, I’m sure that’s not true.” I answered, “They TELL me.”

I don’t remember where we went from there. He was a Gestalt therapist, as am I, and we don’t spend much energy on cognitive fallacies. We explore their deeper meanings and where they originated. I now know mine originated with my father. Big surprise. But I didn’t know it then. My father was emotionally distant in an effort to hide his dark side from us. He was addicted to porn before the internet, when you had to work harder to find it, and that was a relatively small part of his issues. His efforts to hide things from us resulted in my being attracted to emotionally unavailable men for most of my life.

I didn’t know it for a time because my initial nine years of therapy with a woman, who was an excellent therapist, focussed on my mother issues and those with my previous relationship with a narcissist. That was when all therapy looked first or primarily at the mother in the family of origin. Freud, after all, was a patriarch.

My colleague and best friend, Judy Gaither, LPC, M.S, practices Cognitive Behavioral Therapy. She asks her clients, and has them ask themselves, “Is it real, is it rational, is it true?” When applied to men being afraid of me, it is only true for the two or three who said so. It isn’t rational, because while I am a big personality, I’m not actually scary. So it isn’t real, over all. But how about the attraction to emotionally unavailable men?

Is it real that I have been attracted to emotionally unavailable men, and they to me? Unfortunately, yes. I spent four years each waiting for two different men to commit. One finally did for seven more years. The other finally committed for eight whole months. During the four years waiting out the first one, I realized in therapy that perhaps I was equally afraid of commitment, and that is why I waited for this guy. We did marry, so the jury is still out on my ability to commit.

The second one was extremely skilled at presenting as emotionally available, while seeing multiple women behind my back. Was it rational to be attracted to these guys? Perhaps it was, for the one who married me. For the second one, it was entirely irrational.

We unconsciously seek relationships wherein the other person reminds us of the parent whose love we crave.

In Gestalt therapy, we call that a life script. That’s why some relationships and people feel so familiar. We actually have been there over and over, so it feels right even when our friends, family, and rationality tells us it’s wrong.

There is no one solution, but there are healing things to do and counter suggestions to tell ourselves. In the case of men being scared of me, I can question the rationality of that by noticing how many men are not. I can understand that Dad was afraid of my being too close, but that was his issue and had nothing to do with me or who I am. I can cut those ties in therapy, so I no longer have to chase after the unavailable partner. I can begin to notice more and more the people who are available and who are unafraid.

I am committed to my writing. If, among those I notice who are available, I find someone I can partner with, I believe I will be able to commit. What I will not do again is invest years in someone who isn’t ready for me, or who is afraid of me. I now know those guys are just part of an old script. I’m a screenwriter. I commit today to writing and living my new script.