—
RSVP for Weekly Calls on The Disposability of Men
—
UPDATE September 21, 2017:

We brought you the story (below) of Aaron Hernandez’s apparent suidicide back in April and the questions about his brain health, specifically Chronic Traumatic Encephalopathy or CTE. At the request of Hernandez’ family, Dr. Ann McKee—Professor of Pathology and Neurology at Boston University School of Medicine, Director of BU’s CTE Center and Chief of Neuropathology at the VA-BU-CLF Brain Bank—conducted a neuropathologic examination of Hernandez’ brain.

Hernandez began playing tackle football at a young age.  Doctors are saying that his brain results show the worst case of CTE they have seen in a brain of a player his age (27 years old, at the time of his death).

With today’s breaking news about #AaronHernandez brain results and #CTE, this @JasonLuckasevic quote from 3 years back is looking spot on: pic.twitter.com/hfVYZaRB5e

Aaron Hernandez’s brain will be released to Boston University’s Chronic Traumatic Encephalopathy (CTE) center, now that his death has officially been ruled a suicide. According to NBC News, attorney’s for the Hernandez family had accused the district attorney’s office of “illegally” withholding it.

While controversial, because Hernandez was serving a prison sentence for murder, CTE advocates point out that damage to the brain’s frontal lobe can affect thinking, decision-making, personality, self-awareness, and reasoning. Hernandez becomes one of the most high-profile NFL players to have his brain studied for CTE, since Junior Seau.

“I see most everyone jumping on the “he deserved what he got” train as far as Hernandez goes. I’m not. I hope his family allows them to use his brain for CTE research. My completely uneducated guess is that there is significant damage and that he suffered from the effects of years of violent hits and repeated undiagnosed concussions. Does that excuse his actions? No. But life isn’t black and white. We exist in the grey area, where absolutes are rare and things are not always what they seem. From someone who has often considered suicide as a viable option, it’s not something a healthy mind ponders. To celebrate his death is not only a shame, but shows a shocking lack of humanity.”  — Shawn Henfling

“For those of us who live with brain injury we must also live with the shame of the bad decisions we make and there’s no way for us to separate our damaged brain from our day to day life. CTE robs one of their sanity. It’s a sad reality. Not only do I believe he had it based on number of years played, age he started, position, possible number of subconcussive hits and symptoms. I would estimate he had Stage III and had issues as far back high school with symptoms of brain damage.” — Kimberly Archie

8 of 8 NFL #suicide cases (100%) examined showed evidence of #CTE. 17 brains in #CTE era some results are private or never examined.

Join our Weekly Calls on CTE and the Disposability of Men. Every Wednesday at 4 pm Eastern Time. RSVP HERE.

RSVP for Weekly Calls on The Disposability of Men
—

When the Mighty Fall: On Aaron Hernandez and Bill O’Reilly

Want to support the mission of The Good Men Project and be a part of the conversation? Become a Premium Member here:

Our $50 Platinum Level is an ALL-ACCESS PASS—come to ANY or EVERY call (we have them almost every day of the week)—and ANY or EVERY Class or Workshop. The Gold Level lets you attend any one of our weekly Social Interest Groups. Become a Premium Member below:

*Payment is by PayPal. Your membership begins when you receive the welcome email and click the link to return back to The Good Men Project. You do not need a PayPal account to pay using PayPal.

**If you are already a writer or contributor at The Good Men Project, log in here before registering. (You can request a new password if needed at this stage).

1. Free access to participate in any ONE Special Interest Group.
2. Free access to any ONE of our live classes.
3. Invitation to the MEMBER-ONLY Good Men Project Community on Facebook and weekly conference calls with the publisher and community.
4.A listing on our “Friends of The Good Men Project” page.
5. GOLD commenting badge.
Price for ANNUAL GOLD membership is $20/year.

If you want additional exclusive access to our trainings, classes and live events, choose the Platinum or Gold level above.
2. A listing on our Friends of The Good Men Project page.
3.BRONZE member commenting badge.

We have pioneered the largest worldwide conversation about what it means to be a good man in the 21st century. Your support of our work is inspiring and invaluable. Our mission is to challenge the stereotypes around masculinity, to advocate for equality, and to be a voice and a catalyst for change in the issues that disproportionately affect men. Our heartfelt gratitude for believing in our mission and wanting to be a part of this important conversation at The Good Men Project.

“Here’s the thing about The Good Men Project. We are trying to create big, sweeping, societal changes—overturn stereotypes, eliminate racism, sexism, homophobia, be a positive force for good for things like education reform and the environment. And we’re also giving individuals the tools they need to make individual change—-with their own relationships, with the way they parent, with their ability to be more conscious, more mindful, and more insightful. For some people, that could get overwhelming. But for those of us here at The Good Men Project, it is not overwhelming. It is simply something we do—we do it with teamwork, with compassion, with an understanding of systems and how they work, and with shared insights from a diversity of viewpoints.”
– Lisa Hickey, Publisher of The Good Men Project and CEO of Good Men Media Inc.

The issue of his hidden bi/homosexulty and the role it played in the murder, then suicide, should be considered. A study of his brain will help with CTE, but no brain analysis is needed to understand the deep psychological distress he faced. 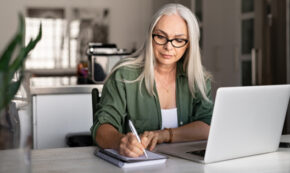 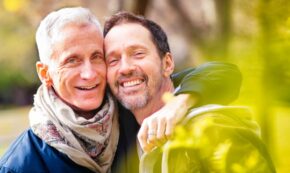 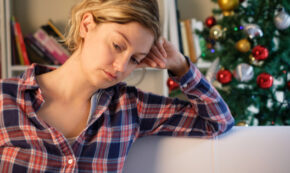 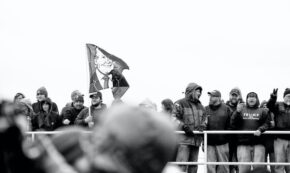 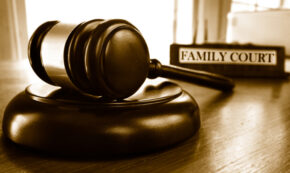 FacebookTweetPinEmailShares154
wpDiscuz
1
0
Would love your thoughts, please comment.x
()
x
| Reply
Share this ArticleLike this article? Email it to a friend!
Email sent!