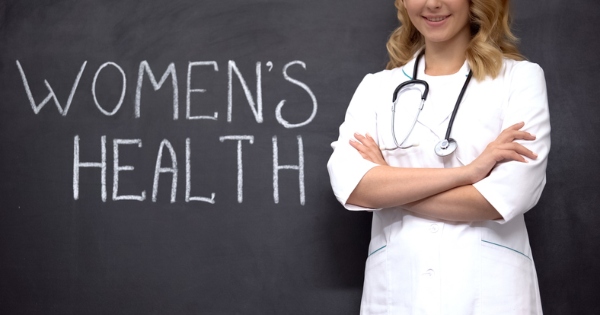 —
In the same week, I found myself in a conversation about a father controlling his daughter’s sexuality and I watched a documentary about a whole country controlling female sexuality.

Both were troubling to me.

If you have been under a rock, social media nearly blew up when Rapper T.I. said in an interview that he accompanied his 18-year-old daughter to the gynecologist for her yearly exam to verify that her hymen was intact. HIPAA (Health Insurance Portability and Accountability Act of 1996) laws are in place so girls over the age of consent do not have to allow their parents into the room nor share the results of tests related to their sexual health.

T.I. bragged about ignoring his daughter’s rights, telling her to sign the form that says he can receive information about her sexual health and then demanding the results from the reluctant doctor. And, even though that doctor explained that an intact hymen doesn’t prove virginity, T.I. felt the need to brag about his daughter remaining a virgin on a podcast interview which would be broadcast all over social media and blogs.

Yet, there were people online, fathers and mothers, who claimed his disregard for the embarrassment to his daughter was “just a father protecting his daughter” or “they would do the same thing”.

First, I am mortified for this young woman. Sexuality is private and it should be something you choose to reveal on your own when you feel comfortable.

A father bragging about his daughter’s virginity is akin to the past when a father had “handed over his daughter” to be married and then paraded the bloody sheets in front of people to prove he had produced a good “product” in exchange for her dowry.

Let’s Talk about the Hymen

The hymen is a tissue that tightens across the top of the vaginal canal. It’s now referred to as the “vaginal corona”.

Virginity is a sexual myth. It was a tool of labor production. In patriarchal societies, male leaders needed children to be born to increase productivity and they needed control over those children. Since this was pre-birth control and paternity tests, the best way to know who were your children was to control the sexuality of the woman giving birth to them. This would lead to wealth and, eventually, political power.

Society created virginity and made it the hallmark of purity. You value following your loss of virginity plummeted, no matter how it occurred. This created fear among women and fathers that if a woman consented to sex before marriage that she wouldn’t be of value to important men or that she wouldn’t be taken care of by a man who would essentially use her to give birth to his empire.

Eventually, religion got in on it. Then, it just because a guilt-free-for all with everyone feeling entitled to use a woman’s sexuality except for the woman who possessed it.

Fathers would market their daughters as a prime product for a wealthy businessperson and police her sexuality to ensure he received top dollar.

But, if she was unable to prove she had never had sex, then she would bring shame on her family and end up a spinster who would never marry making her a burden on her family.

However, we progressed past this, right?

Not exactly. Even with the sexual agency, many women have been able to reclaim there are still men who “clock the miles on her vagina” and feel entitled to judge women harshly on their sexual habits, choices or past decisions. The word “hoe” is thrown at any woman someone feels has had one too many partners past the “magical” acceptable number of sexual partners, which there really isn’t one.

Some men also have very little understanding that an empowered young woman with a loving father as an example will naturally make different sexual decisions than a woman with no representation in her life. There is no need to visit her gynecologist, bully her into signing away her consent and then blast to the world that she has remained chaste as if her making the decision to have sex makes her any less of a woman.

At the same time that all of this was going on, I watched a documentary on Amazon Prime called, “One Child Nation.”

The documentary follows a woman as she learns the cost of the One Child Policy in her native homeland China. The policy began in 1979 and continued until 2015 as an effort to prevent over-population by the Chinese Government.

Based on the documentary, the government used propaganda through television and music to convince its citizens that the law was necessary. Then, enforced the law by threatening imprisonment to those who violated to the law and attempted to have additional children.

I heard about the One-Child Policy but had the luxury of not thinking too deeply about how it was enforced. The documentary opened up my eyes. Medical officials and women who lived through it described women kidnapped, hog-tied and forced to have abortions. A Midwife said she would induce pregnancy in women, even up to 8 and 9 months forcing them to give birth and then she would euthanize the babies herself.

They talked about babies who were abandoned by parents who didn’t want to lose their “one child privilege” by keeping a daughter. They wanted to try again for a son. Babies were being left everywhere in hopes that someone would find them and give them a better life. Girls became a low value in the eyes of parents because they wanted sons to grow up, carry their name and take care of their household. Girls left and took care of someone else’s home so it became a financial loss to keep a daughter.

This may seem extreme, but it the most disturbing picture of having someone else decide your sexual rights and place a low value on your humanity.

Is the protection a father like T.I. is offering his daughter about keeping her “pure” or “safe” from men or is it a fear that has been embedded into our society about a daughter losing value once she has become sexually active? She is no longer a “good girl”. Or, is it just controlling what he sees as an extension of himself and not thinking, living human being with her own feelings and desires? Is he congratulating his daughter for showing a restraint he hasn’t demanded of himself. But, not by her choice but by his coercion through manipulation and controlling behavior.

We won’t even talk about how parading your daughter’s sexuality would open her up to the very predators you claim to want to keep her safe from. That’s another discussion.

We think you’ll like our SOCIAL INTEREST GROUPS—WEEKLY PHONE CALLS to discuss, gain insights, build communities— and help solve some of the most difficult challenges the world has today. Calls are for Members Only (although you can join the first call for free). Not yet a member of The Good Men Project? Join now!