Get Daily Email
Join/Login CLOSE
Home / Featured Content / Take Time to Listen to People. You Never Know What to Expect 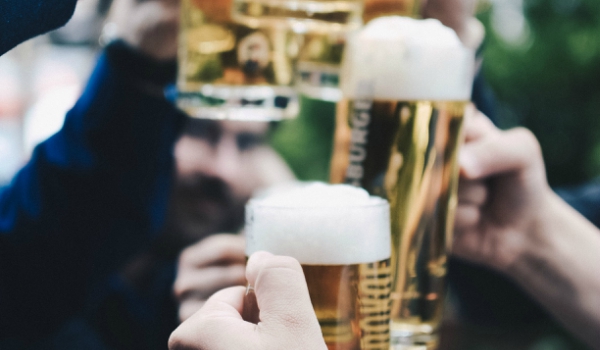 More than a year ago, a couple of friends and I took some time off our work and studies and explored a couple of Atlanta breweries. The first one was just conversation between ourselves as we sat and just talked for an hour or two, but the second was an out-of-ordinary experience none of us could have expected.

It started by just asking the brewers about their beer, what they suggested and how they made it. We learned their names and some details about their lives, and within twenty minutes, we found ourselves at a table in a deep, profound conversation with a guy named Steve. Steve, with a vastly different background than college students like ourselves, gave valuable life advice and struck up conversation seamlessly despite these differences between us.

We left the brewery somewhat shocked by the fact that we had the conversation, but overall very grateful that it happened.

I will spare details of the conversation because I know not everyone would be approving of what Steve had to say or share with us. That stays between him and us. He didn’t go to college. He was incarcerated for seven years and shot up heroin for a very long time. But when he told us he was a tattoo artist, I asked if he would be available soon to give a tattoo I’ve wanted for a long time, to which he accepted graciously. Now, I have a contact on my phone of “Tattoo Steve.”

But the conversation had me thinking for a pretty long time — this was someone I never expected myself to listen to. He had a lot to share and a lot to say about his life and life in general, again, something none of us could have expected with a casual venture into the brewery. The fact that it happened still blows my mind, and I won’t sit here and claim that it changed my life, but it definitely got me to re-think some of the preconceived notions I had before and taught me a very valuable lesson: how to listen to people the right way.

What you need to listen well is time and the ability to reserve judgment. At that moment, there were a lot of things Steve said that a lot of other people would have condemned or details about his past that many others would have shunned, especially in the elite college environments we walk through. But my friends and I did no such condemnation because what he had to say was so heartfelt and interesting. Letting him do most of the talking affected it a lot. He had a way of saying things and telling stories that many people just don’t. He made mistakes and held no bars back in talking about them, and despite knowing some details about his life that many people would probably find unpalatable, I respect Steve immensely for the lessons he imparted on us.

I’ve shared this quote before in previous articles, but it stands as trues now. “To be kind is more important than to be right. Many times, what people need is not a brilliant mind that speaks but a special heart that listens.” — F. Scott Fitzgerald.

It’s probably too soon to say what effect he had on our outlooks on lives — it takes time for that to process. I have no idea if the chance encounter with four college kids — two fraternity brothers, and two nerds, as we seemed to him — was something he would remember and take to heart. But taking time to listen opened our eyes and hearts to something that was completely uncertain in the beginning. Not only did it break us out of the monotony of our daily lives, but it also broke us out of our elite college bubbles, at least for a little bit. Steve was all we could talk about on the way back.

This article is vague and ambiguous, but intentionally so. It is not my place to speak to the complete story of someone else’s personal life without their permission. But the encounter was special in that it taught me that to get along with someone, anyone, even though they might see the world much differently or have walked through life very differently, you can’t go in with labels and preconceived notions. You don’t even have to say much of anything. You don’t need to impose your morals and values on the person — after all, you’re not God. All you have to do is be there, give a little bit of your time, and listen. You never know what could possibly happen.