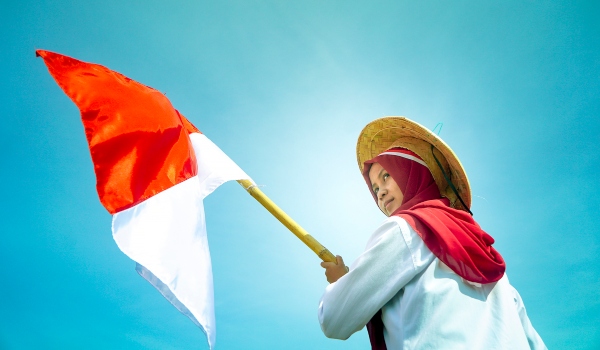 Recent conflicts in Papua have intensified with the death of at least seven people as anti-government protests turned violent in Indonesia’s easternmost region.

The unrest brought to fore, once again, a set of old and unresolved issues of Papua. They range from political disputes on Papua’s integration into Indonesia, recurring violence, unfair distribution of wealth in the region, and environmental degradation from resource exploitation.

The recent incidents give us another opportunity to reexamine Indonesian nationalism, which has long transformed into a kind of hyper-nationalism.

Hyper-nationalism is a deadly, serious kind of nationalism. It suffers from a self-delusion of being authentically native.

Tinged with fascism, this nationalism adores or cherishes symbols, emblems, rituals and uniforms. At times the latter appear to have acquired a status of quasi-religious sacredness.

Any signs of threats or perceived lack of disrespect to these nationalistic symbols can easily provoke aggressive responses from state apparatus and ordinary citizens alike.

The Surabaya incident illustrates this clearly. In the incident, security personnel and members of mass organisations launched physical and verbal attacks on Papuan students living in a dormitory.

The angry mob arrived at the dormitory after there were rumours about a discarded Indonesian flag near the building. The reaction to the rumours vividly demonstrated the deep-running hyper-nationalism embedded in public life.

For the same reasons, the Papuans’ demand for secession from Indonesia is utterly hurtful to many Indonesians, regardless of their plights that led to such demand.

More puzzling and painful to many Indonesians is to witness the unprecedented scope of support and solidarity from non-Papuan Indonesians to such demand.

This combative and masculinist nationalism gives the impression that Indonesia has returned to, or been stuck in, colonial and anti-colonial state of mind.

But, it is a mistake to assume this hyper-nationalism is just remnants of the 1945 revolution. It is not even legacy of 32-year-long New Order militarist dictatorship that ended in 1998.

The seed for hyper-nationalism was visible from the 1950s triggered in the late 1940s by two Dutch military aggressions following a long period of humiliation and oppression under the colonial occupation.

Strangely, after the fall of the New Order, hyper-nationalism has become more intense.

Speakers in public gathering often raised their fist and yell “Merdeka!” (Freedom!), mimicking the general practice in the 1940s, and ignoring the fact that the country has gained its independence well over 70 years.

The slogan “NKRI Harga Mati” (“Non-negotiable Sovereignty of the Unitary State of the Republic of Indonesia”) dates from decolonisation in the 1940s. But it has gained an unprecedented level of prominence in recent years.

It is also important to note that hyper-nationalism is not confined in state ceremonies and propaganda. It found expressions in private moments of leisure and entertainment.

During much of the New Order rule, soft-pornography, supernaturalism, violence, and thrillers dominated the film industry.

But starting in the 2000s, nationalist films came in abundance. These films glorify the magic power of the national flag (Red and White) and the national coat of arms (the giant mythical bird Garuda).

A series of biopics of officially designated “national heroes” were also produced in the recent decade. All these heroes belong to the so-called “native” Indonesians. In fact they are all ethnically Javanese.

This is so despite the fact that the early nationalist movements saw the pioneering roles of non-natives – about which no film has been made. With extremely few exceptions, all white characters in those semi-historical films are invariably bad Dutch oppressors or their accomplices.

Of late, singing the national anthem has also become the norm during commercial screenings of nationalist films or the opening of academic conferences.

In April 2017, the Ministry of Education and Culture required schools to commence and conclude teaching days with singing the national anthem.

In July the same year, the same ministry proposed that all the original and lengthier version of the national anthem should be chosen when sung.

The prevailing hyper-nationalism betrays the modern and cosmopolitan idea of nationhood, which inspired the Indonesian nationalist movement a century ago.

It was a nationalism that is inseparable from internationalism, and the idea of human equality and dignity, as already enshrined in the preamble of the Indonesian constitution.

Fahri Nur Muharom contributed to the publication of this article.

Facebook2Tweet4PinEmailShares6
wpDiscuz
Share this ArticleLike this article? Email it to a friend!
Email sent!