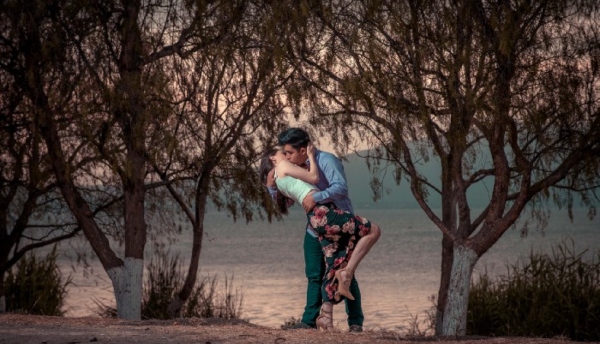 Romance, that genre so pulpy it can barely be referred to as a genre can also, by its very nature, be so trope-y and overblown, it becomes satire without even knowing it. Years ago, when I taught AP Literature and Composition, I would encourage students to read books they loved, given the fact the only requirement for selecting texts was to choose books, “of literary merit.” Though the College Board has since attempted to broaden its approach to text selection to include more cultural diversity, there remains a heavy bias against the ability of romance to include any merit whatsoever from a literary standpoint.

I’m pretty sure I agree with this.

Seriously, what is it with Scottish men and these books? Is it the whole, “what’s under the skirt” thing?

It’s like the male sexual objectification of an entire country.

This guy is a phenomenon. It’s kinda weird more writers don’t worship him the way they worship Stephen King. Or that Sparks hasn’t come out with his own book on writing.

Rather, Sparks’ memoir is one in which he chronicles three weeks traveling the globe with his brother. The two introspect on being the only surviving members of their family, “against the backdrop of the wonders of the world,” during which they are, “often overtaken by their feelings.”
Their feelings.

These things overtake them while they travel the globe.

Feelings aside, Sparks is a powerhouse. According to his website, all of his books have been New York Times bestsellers.

Let’s pretend we can objectively decide what brings merit to literature and reading. Then, let’s use that information to silently judge those with poor taste. Those who read romance or comic books.

Hell, let’s judge people who read graphic novels, though imply it’s okay to teach stuff like Maus and The Watchmen because of their ability to make “complex content approachable,” and, “teach visual rhetoric.”

The College Board is a little hedgy about this term, but they still use it. When I taught AP Literature and Composition, they were more specific about this particular judgment and pretty clear that romance does not have literary merit due to the fact most of it falls, “into the traps of ‘pulp’ fiction such as clichéd or derivative descriptions and plot devices, or sentimentality rather than ‘earned’ emotion.”

You mean like Sparks and his brother being, “overtaken by their feelings?”

I dunno. Do we, as readers, earn the emotions Sparks portrays in his works or is he manipulating us with sentimentality?

Take his use of the word, “emotion” below, for example, in the “emotional quotes” banner. Break that down for a while. Lemme know what you think. 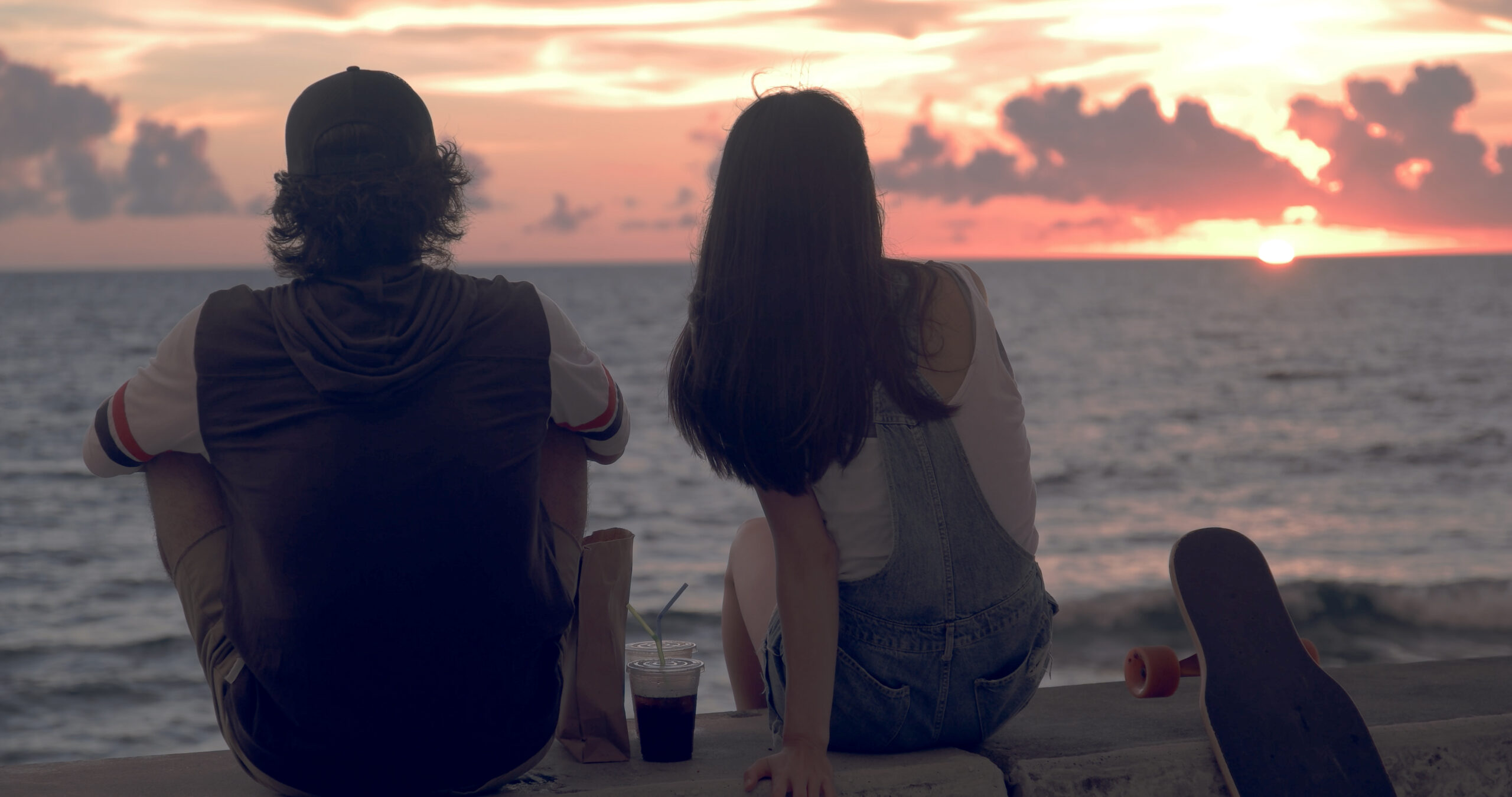 When sentimental manipulation was exactly what I needed

Seven years ago, I was going through a hell of a nasty divorce and custody battle. I mean, all divorce is hard and brutal and people suffer, but I had the added stress of living in a country with laws suggesting fathers have not only custodial rights to children but “ownership of them.” With this in mind, my ex threatened to, “use the misogyny of the Nigerian court system to ensure” I never saw my daughter again. To top it off, I hadn’t lived in the United States for over two years and had no legal state of residence.

Yeah, my cortisol levels were through the roof. All the time.

So what did I do?

Why, I went on a Nicolas Sparks movie binge, of course.

And it was awesome. For a while.

Naturally, I started with The Notebook

Oh my god was this movie perfect, in every way, for where I was emotionally. I had to think, like, not at all, while watching it.

Seriously, the true story behind The Notebook is the sweetest thing I’ve ever heard. It is based on the love story surrounding Sparks’ wife’s grandparents. They were so ill, they couldn’t attend Sparks’ actual wedding, so he and his wife brought another wedding to them, where everyone got all dressed up and held a little ceremony that could include the elderly couple.

During this, the grandparents shared their story, parts of which were eventually made into the famous book that launched one of the most successful writing careers in history. Sparks points out that, rather than the sweet story itself being the inspiration for the book, it was, “the way (the grandfather’s) eyes shined when he looked at (his wife), the way he held her hand, the way he got her tea and took care of her.”

Sparks goes on to describe how watching these two people who had been married for sixty years treat each other the same way he and his wife, who’d only been married for twelve hours, was the greatest gift the newlyweds had received, the gift of showing them on their first day of marriage, “that true love can last forever.”

I mean, come on

How can you not love that story?

Is it sentimental manipulation? Probably. He does go right to the tenderest, cutest place, one of a couple still in love after sixty years. He brings that sappy-sweet tenderness to the most epic climax ever in the ending of that movie, too, by the way, but I’m not dropping any spoilers here.

Just in case you’re one of the three or four people who hasn’t seen it.

After that, things got a little awkward

I’m not gonna lie, though The Notebook literally sparked this binge of watching everything I could stream in whatever way I could get it through troublesome Nigerian internet and power outages, it was all pretty much downhill from there.

I can’t remember the exact order of the movies I watched, but know the list consisted of the following:

A Walk to Remember

Message in a Bottle

The Best of Me

In each of these films, I sought that melodrama, that escapism I’d found in The Notebook. As Ann Helen Peterson points out for BuzzFeed, Sparks’ works are indeed escapism, but “also a coping mechanism, and an expression of frustration with a world that’s increasingly difficult for women — and men — to safely navigate.” She even goes so far as to suggest they are, “emotional pornography.”

I kinda agree with this assessment, and that’s why I started to feel a little…dirty, a little awkward, huffing those sickly-sweet perfumes, regardless of the brain cells I fear I lost in the process.

Or maybe it was the wiring in my brain.

Part of me felt like I was digesting an unrealistic portrayal of love, something I’d yearned for my whole life, only to find myself bashing my forehead against wall after wall of shattered expectation.

I researched a bit about the whole chick-lit and romance genres and found that Nicolas Sparks does not consider himself a romance writer, and makes a distinction between a “love story,” and a “romance novel,” which kinda made me wonder if he’s trying to ensure he doesn’t get left off the “of literary merit” list or something.

I also discovered other romance writers, or writers of chick-lit and, “women’s fiction,” tend to find this sort of dismissal of romance a bit of a dick move.

Ultimately, there was no real secret as to why the rest of the movies just didn’t work in the same way for me, didn’t give me the endorphin rush of escapism.

I had to come to terms with the fact that most of his stories, most of his writing, are actually pretty bad.

As Allison Stevenson points out for Vice, in a Sparks story, “you’ll never see a female lead as a feminist hero, or a male lead as someone who can easily talk about his feelings. What you will see is disapproving parents, surprise terminal illnesses, and/or someone who just served time in the military.”

Urban Dictionary teaches us a valuable lesson about this whole question

According to Urban Dictionary, “literary value,” can be defined as, “a meaningless phrase that English teachers like to throw around to prevent students from doing book reports on anything worth reading.”

Sparks seems to think he’s got some literary value because he writes love stories, not romance novels. I’ll bet the College Board would disagree.

Ultimately, none of this matters as long as a story serves its purpose to the reader. And one of his did, for me, at a time I really needed a purpose served.

That said, I don’t think I’ll be revisiting this kind of book ever again.

Jenny Mundy-Castle is the author of Every Time I Didn’t Say No, her memoir inspired by educating high-trauma youth in New York, New Mexico, and Nigeria. 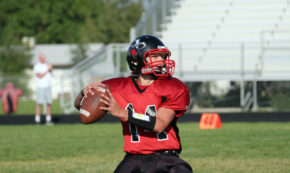 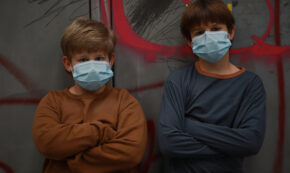 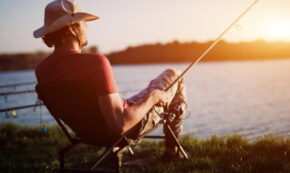