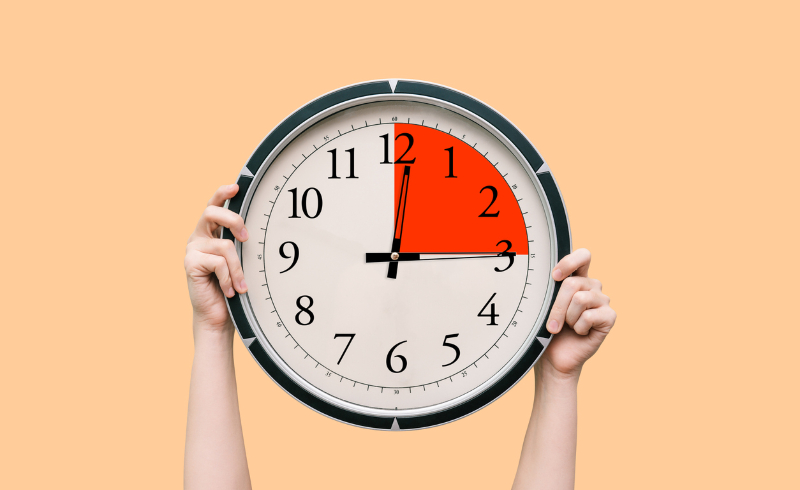 I am lucky as hell! I met my wife at a Halloween party, asked her to marry me on Christmas of the same year and tied the knot two months later. The whirlwind courtship lasted all of three months but our marriage has endured for 35 years.

People are amazed when I tell them that story and ask me what is the secret to our success. I jokingly tell them that having met and married in such a short span of time, I’m still trying to figure out who this woman is! But when I look back and analyze what was the one key item, setting aside the fact that I love her, it would be that we made a pact early-on never to do or say anything to each other in anger that we would not be able to get over in 15 minutes.

When you look at that single concept, it is a tall order. Me, I’m a Virgo, analytical, vocally critical, sometimes flippant but taking little to heart. She’s a Pisces, sensitive, emotionally expressive, extremely inventive, and wears her heart on her sleeve. For me it was very easy to rattle off a succession of critical gibberish, which at the core was not very deep. Sometimes the comments would be so innocuous to me that I would move on in seconds. But to her, it would create a deep wound and unbeknownst to me would go to the heart of her feelings of doubt and insecurity in that moment. It would then become something that would fester and morph into other issues, exacerbated by the fact that when challenged I could not recall what exactly it was that I said that made her upset in the first place.

She discovered that my hot button was my rigidity to method. I liked to do only what I wanted to do and for however long I wanted to do it. I would find taking direction annoying simply because I would be so committed to my ways. When she would get ticked off and criticize what appeared to her as my unyielding ways, I would take it as an attack on the essence of my personality. So we discovered very early, in a marriage where both parties had little previous experience with each other, how to be destructive in the battle of the sexes, a mode of behavior that appeared to be an easier way to win points and soothe our personal egos. But what about love, or the hopes and dreams of family or the joys a happy healthy household could bring? Were they worth risking for momentary satisfaction? Absolutely not!

We both came to the realization that there was a threshold where we were actually being mean-spirited for the sake of winning an argument. Going for the jugular, so to speak, led to prolonged hard feelings, storming out of the room, hours of seething. Such behavior could doom a union if continued along that path. So we made a pact to never do or say anything in the heat of the moment that either one could not get over in 15-minutes!

One might ask, how do you know if you your mate will still be upset after fifteen minutes? The answer is, deep down inside you already know the answer, but choose to not surrender compassion or give that courtesy to your loved one. Being in a committed relationship with someone does not mean that they must yield to your feelings alone. It’s a give and take that requires both parties to recognize and appreciate that delicate dance:

Fifteen minutes could lead to either a lasting love or a relationship from hell. You have the power and the emotional fortitude to decide. As for me, as I travel though life with my wife, I want her narrative about me to be, “He is an extraordinarily good man!” I’m building that legacy 15-minutes at a time.

Will J. Wright is a veteran, award winning news manager, producer and executive who currently works for NBC News as Manager of Diversity projects. During his tenure, other duties included Senior News Editor and writer-producer for TheGrio.com, Manager of News Digital Production and Senior News Editor on the Assignment Desk. He has been a News Director in the New York Market, Houston, and Philadelphia markets. He was among the original staff of Cable News Network and has served as Executive Producer for Black Entertainment Television News. Will is married to an internet entrepreneur and has a daughter who is a criminal defense attorney. Will’s philosophy about relationships is that compassion and kindness make for better understanding and lead to successful interactions. His cardinal rule which he shares with all who ask how he has stayed happily married for 35 years, “We never say or do anything against each other that we won’t be able to get over in 15 minutes. After 15 minutes, if she’s still mad at you, it is time to apologize and change the narrative!”

I really appreciate your article. Thank you.

For the 15 minute rule, do you mean that one or both of you notice that you’re (perhaps collectively) getting to a place where unnecessarily hurtful things are being said and you both agree to take a sort or 15 minute time out? And, just to nerd out and be literal, do you set a timer? I’m just really wondering about your “hows” here.

Hi William – I really agree with the essence of what you propose here – ultimately it is about not letting the ego run the show. A very simple idea and yet an extremely challenging project over the long haul and life of a relationship. One that my husband and I have been working on for years…….involves long hard looks at one’s self and figuring out if the short term feel-good “gotcha” gain in the moment is worth the long term subtle erosion of connection with your partner. Thank you for this article. And I, for one, do not mind… Read more »

I guess this means my marriage is out the door. We are so far from this. Biggest mistake was getting married. It is a joy, though, to read of others’ good marriages. I for one, want this one to be over and to remain spouse free.

Hard to take any advice from anyone who starts off describing themselves via their zodiac sign.

Hi Dane! Zodiac signs not withstanding, the personalities outlined are pretty true to the way we are. Everyone is different is the underlying point and the reference to Virgo and Pisces was just a conversational reference to our differences. I write about a broad range of issues and try to be as widely appealing as possible within the context of the subject. Some people relate to zodiac signs. It’s okay of you’re not one of them. My personal blog is http://willwrightblog.wordpress.com.

Hi William,
I’ve never cared much about zodiac signs. But, my ex-GF was vey much like you, (somewhat) analytical, vocally critical, sometimes flippant but taking little to heart. She may very well have been a Virgo.
I fit more the description of yourgirlfriend, but I’m nowhere near a Pisces.

Thanks for the article.

Thanks for the feedback FlyingKal! It’s all about how you relate to that special someone with sincerity and honesty. If you want to make it happen, you’ll find a way. I just wanted to share how I keep my personality and knee jerk instincts in check. Best of luck to you!

Wonderful message Will. You and Pat give the rest of us hope!

Thank you Zoey. I have been following with much excitement how you are transforming your life and your world. I a so proud of you for your courage and focus.

Wow. There is something to say for knowing when it’s right. I met my future husband while I was dating someone else. I knew right away there was something there. I broke up with that boyfriend and then asked my future husband out! We were married 3 months later and it’s now 30 years together. While we don’t have your official 15-minute rule we have similar thinking around remembering why you fell in love in the first place and not poking the bear (we all know our partner’s triggers as well as our own) at the wrong time. Lovely story.… Read more »

Congratulations Laurie, it is so great to see that we have had similar success in our marital relationship. I told my spouse that every person I had dated before her was ‘training’ that I took seriously. By critiquing the reasons for the break-up, I pretty much knew what not to do moving forward. I wish you much happiness and a continued great love affair with you spouse!

FacebookTweetPinEmailShares3.1k
wpDiscuz
12
0
Would love your thoughts, please comment.x
()
x
| Reply
Share this ArticleLike this article? Email it to a friend!
Email sent!