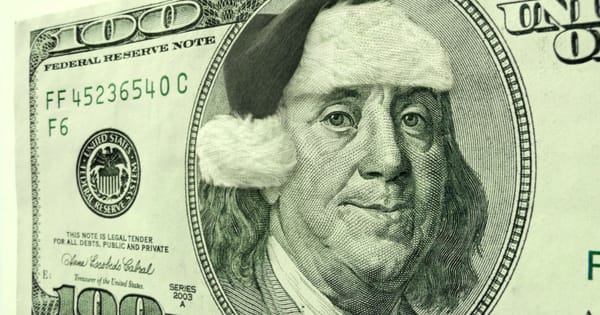 I’ve been out in the world a few times. They were mostly short trips to the supermarket to pick up milk, bread, Kentucky bourbon, the staples of life. The holiday spirit was everywhere. Packed into stores so tightly it was difficult to breathe. Wrapped around logistical hazards designed for effective advertising.

Pallets of televisions bordered the produce department, forcing shoppers into narrow openings, predictable patterns, where signs could encourage them to consider purchasing one of the “deeply discounted televisions.” Each had, in large print, a note detailing the great deals on Blu-ray players available in aisle 17, just past the hunting rifles and bowie knives.  These small paths became hotly contested real estate. The Fulda Gap of retail.

My method of shopping is based on the laws of fluid motion, I choose the path of least resistance. It is not unusual for me to walk several aisles past the salsa to cut through the detergent and soap and back track to my destination. I am, in the words of Michael Herr, “a moving target survivor subscriber.” Besides, motion is beauty, people were meant to move, that’s why we have legs. During the holiday season, though, there is no open path, resistance is omnipresent. Every step is work, gravity increases with the additional mass, and life slogs into slow motion.

At the heart of it, running through all the newscasts, blazoned across television screens, popping up on tablets, phones and personal computers, is the message, “spend, It is your duty.” There is nothing subliminal, it is overt, bold, brazen. It is the stereotypical used car salesman handing you the keys. “What do I have to do to get you into this microwave?”

And, the message works, people spend. Cash registers, well not really cash registers anymore, are buzzing with the swiping, scanning and inserting of credit cards. Santa’s little helpers are nothing more than a series of ones and zeroes.

Retail workers become hostile. You can sense their frustration, see it etched on their lined, harried faces. Too many people demanding the exact location of too many things. If you hate going to the store to buy non-dairy whipped topping for your hot chocolate imagine how the poor soul who must battle through the angry mob to make sure it is available. Inching forward, a cart full of boxes, trying not to roll over anybody’s toes. Imagine the goodwill that would cause.

Sometimes, if the product is on sale, or particularly seasonal, it won’t even make it to the display, people will swarm the unopened cases, tearing at them with teeth and nails to make sure they get theirs. Survival of the fittest driven mad by the scent of mistletoe and eggnog. Peace on Earth and goodwill toward men as defined by the Geneva Convention Rules of Engagement.

So, enjoy your holidays, whatever you decide to celebrate. Remember to tip the wait staff. Smile at people, it might create enough confusion to buy you some time to make your escape. And remember the words of Herbert Spencer, “every cause produces more than one effect.”

PS if you are in the mood for Christmas music I am spinning some of the classics here.