Get Daily Email
Join/Login CLOSE
Home / Featured Content / The American Election Results and the History of the International Press: A Discussion With Prof. Michael Palmer 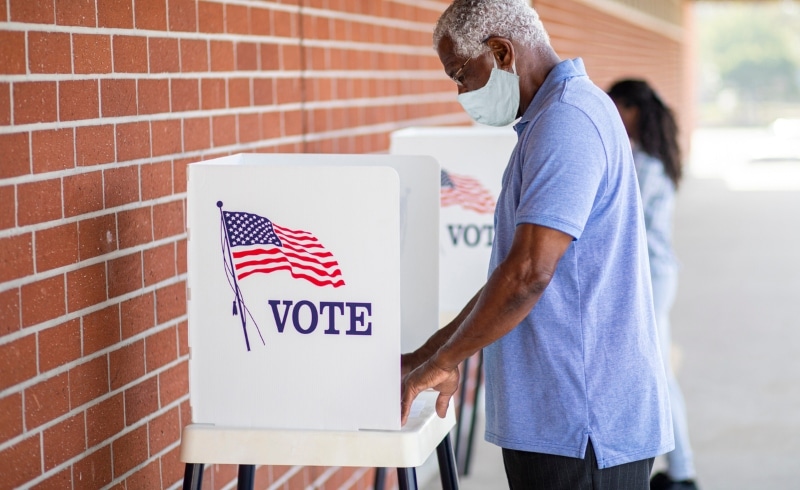 We all breathed a sigh of relief on Saturday afternoon when the news came out that Biden/Harris won the American election. But up until that point, many of us sat on our phones or in front of our laptops or TVs in anticipation of the election results. On Tuesday night specifically, many of us kept refreshing the feeds from various news outlets hoping to finally get the answer as to who won the election. Of course, we didn’t receive an answer that night, but that didn’t stop us from looking, checking, reading, and watching in hopes of some sign of finality.

The people creating the news – the journalists, publishers, producers, and media owners – know this. They know people are waiting for what’s ‘new’ and they often want to be the first ones to tell you (although many have been more consciously conservative in reporting during this election), and thus, in thinking about how to support educators in creating lessons for students during this frenetic week of election results, I reached out to a news media historian to talk about how to think about the behind-the-scenes decisions that influence the news we receive.

For my “Source Saturday” video and podcast series, I was lucky enough to speak to Professor Michael Palmer, Professor Emeritus at Sorbonne Nouvelle University in Paris, the day after the election. In 2019, he published International News Agencies: A History, a definitive history of international news agencies from 1830 until the present. Using agencies’ archives, Dr. Palmer wrote about everything from the age of empire and World War 1 to propaganda and censorship and the Cold War. However, for this discussion, I was particularly interested in his chapter on the coverage of the 2000 election between Bush and Gore.

What was going on behind the scenes at the international news agencies during the 2000 US election and how can that history – told through archives and oral history interviews – help us think about the media we are consuming during this election?

Some key takeaways from our conversation was the urgency of time, competing pressures, the interaction between journalist and publication desk, and the emotions involved for journalists to get the news out there but not to “create” results where there is none. As Palmer’s work shows, these are not new pressures, but the expectation and hunger for instantaneous results related to this particular election undoubtedly created more pressure for journalists to call the results even with the narrowest of margins. Indeed, the hashtag #callit trended on Twitter on Friday night three nights after election day.[1] For correspondents, journalists, and pollsters anxious to fill feeds and airtime with breaking news (but also in an atmosphere of greater distrust for the media and the phenomenon of bots and fake news) this public call for “calling it” would have provided a new level of pressure that would not have been seen in previous elections. Understanding it within a historical perspective can invite the due respect for reputable news agencies to ensure that what the public receives is as accurate as possible.

Both our conversation and Palmer’s book helps us remember how the “sausage is made,” if you will, and how we, as the public, receive the news we do. Who and what are working behind the scenes? What is the culture that supports and creates this work? What are the pressures faced by news agencies and journalists in creating the pieces we consume?

In drawing on the agencies’ archives related to the 2000 election, Palmer identifies the militaristic language used at Reuters during the 2000 election – journalists as “troops” “on the front” – or the inclination to understand themselves within natural disasters – “in this tempest of facts and events [we are] in the eye of the storm.” We, as the public, consume the news created in these conditions: how do we respond, but also create, them? In his chapter, Palmer writes that “journalists and candidates are locked in a symbiotic relationship” but the public is part of this relationship too. We can be causalities in the field or we can be caught in the storm, and often it is historical perspective that can take us out of the moment to think more critically about the news we are reading and watching.

I urge you to watch or listen to our interview, as Professor Palmer draws on the longer history of international journalism to talk about the push and pull factors that drives reporting in international news agencies, and thus how we can better understand and interpret the news we receive from them. Above all, in talking to a journalism historian about the news, I remembered how historians recognize that there is rarely an uniqueness in any given moment in time, despite how easy it is to believe in the “unprecedentedness” of this moment. Historical perspective has helped me work through the stress of this election and, in remembering the pressure-filled culture of journalism that Palmer’s work points toward, I was able to give myself permission to get off the treadmill of constantly checking the news and read analysis more periodically instead. The results were not going to come quicker the more I refreshed my feed – Why ‘feed the beast’ in my demand for answers?

But now, with the election called, I can resume my constant scrolling – this time looking for the best celebratory Kamala Harris memes instead.

This episode is also available as a podcast episode. Click here for access to the episode on Anchor, but you can also find it on iTunes and Spotify.

Professor Palmer’s book International News Agencies: A History is published by Palgrave Macmillan and can be purchased where ever you buy books. However, the e-version is also readily available for download through most university library systems.

This post was previously published on Activehistory.ca with a Creative Commons Attribution-NoDerivatives 4.0 International License.