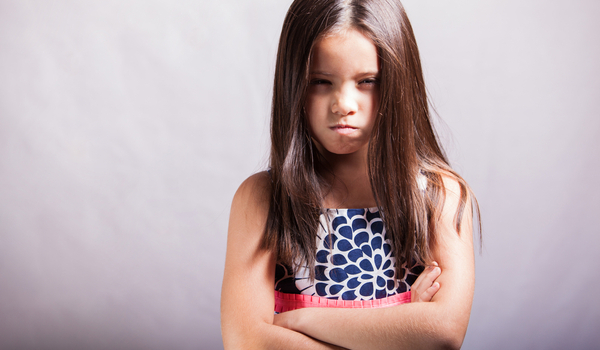 At the local middle school, my thirteen-year-old daughter jumps in my car. Her backpack thumps on the floorboards and for a minute I grow concerned about my shocks. She cranks up the air conditioning and then lets loose with a big humph.

That’s my cue. I’ve been getting myself ready all day for this. I’ve got a plan. It’s going to be fantastic.

You want to know how I know I’m a dad? Because that simple question took me all day to think about. It’s so small and ordinary. But behind it, there is the world and it’s that world that I want to get at.

Teenagers are not good at opening up. For me, that is not a random question. It’s strategic as General Patton trying to beat the Russians into Berlin.

“Terrible! They made us stay outside after school ended instead of letting us go into the cafeteria while waiting for the football game. It was so hot and we all melted! Why couldn’t we go inside! It was so unfair.”

And there it is, that’s what I was waiting for. The injustice of the world as it appears through the eyes of a teenager. It was going to be something.

It is always something and it’s always unfair. It’s not, its just life, but that’s not the way a teenager sees life. Hold on, I’m about to father-up in here. I’m going to set my daughter straight.

“Holy hell, are you serious! No, that is not acceptable! Not at all. What kind of crap is that? Did they know it was hot? Give me a name, baby girl. Give me a name. That’s all dad needs, is a name. Tell me who wronged you!”

She looks at me. She thinks I’m being sarcastic, and I am…but only a little bit. What is throwing her off is that I said it straight, without a joke or changing my pitch.

“The principal,” she says.

Yup, this is all part of the plan. Now the next step.

“How was the football game?” I ask.

“The bleachers were super hot, and our team wasn’t very good today. Then, this one girl in a different class was being all snotty to a friend and oh my god…”

“Names! I need names! Who is in charge of the bleachers? So help me, I shall get the bleachers cool for you! And after that, and the principal, I will go give your team a win one for the Gipper pep talk. As for the girl, yes, we must be wise on that one. How to correct but not destroy Yes, indeed, it requires more thought.”

My daughter starts laughing. She knows what I’m doing; what it took me all day to figure out how to do. And it comes from something that I’ve noticed over the last several months.

I’m not correcting her. I’m not telling my daughter that she is overreacting, that standing outside isn’t about being fair. I’m not telling her that the football game doesn’t matter and the drama she deals with is unimportant.

I’m not doing that today because that’s what we do all the time. It’s the reflexive nature of parenting. We know our children don’t really know about life’s unfairness, not really. And they can’t see beyond their unfamiliar emotions because they lack that experience. And I’m not correcting that, not today. Today is about a different lesson. What is important to her, no matter how trivial to me, is important to me.

Today, I’m sharing my daughter’s rage because sometimes they freaking need that. They need someone that is just going to let you get into a really good rant. Not to disagree with you. Not to tell you that you’re being silly or over-reacting.

We tell them that all the time. They’ve got it. They know when they’ve reached that point. No, today is about letting her know that I got her, no matter what.

I told you, I’m fathering and it’s really freaking complicated. Sometimes, it makes my head hurt.

“Don’t call the school, dad,” she says laughing. But I’m not letting up just like the Allies as they stormed Normandy. She’s opening up and feeling better about herself. She knows that dad has her back. I push on.

“Oh, hell no. I’m calling the school. And then I’m forming a special parenting committee about this standing outside thing. We’ll get lawyers and petitions, hold chants and then end at the school board!”

“Dad!” The silliness takes hold of her at this moment. And then she starts to open up. “Can we do something about math while you’re at it? I’m having problems with algebra.”

“Math is going to get it right in the face!” My first true victory, knowing that I need to spend more time with her on math. Now we are having a dialog.

We continue and it pays off. We talk on the ride, and that that carries all the way through the front door at home. I keep getting more absurd.

I threaten to have the sun arrested. I’m going to send the army after the football team. Broccoli is going to be banned by the UN.

She knows that this is all a joke and that I have high expectations of her. She knows that she has to study hard and that a lot of her problems can be traced back to poor decisions she has made. She realizes when she overreacts and that she should control her anger.

She doesn’t get a free pass with me often, or with life. She knows that it’s unfair, just not to the degree that it really is because they can’t see that far. When they do, they need to know something even more important than some of the other lessons that we teach them. Be kind, work hard, treat people fairly, you are in control of you.

But she needs to know that she is not alone. Dad is here. And that it is ok to tell me things because even though I may not really know how to fix it, I can certainly fight it with her. Eventually, that’s really going to happen, but she needs to be able to tell me. She is going to need that as much as any other lesson I can tell her. So that is what I’m trying to teach.

Fatherhood, it’s not simple and it only gets more complicated the older they get. But that’s ok, I’ve watched a lot of WWII documentaries. I’ve got her.

Bravo! Your responses to your daughter remind me of a response from my husband when I was angry about someone’s (long forgotten now) behavior: “The bastard!” Those words by him were VERY satisfying to hear, and brought me straight to laughter.

Facebook32TweetPinEmail1Shares33
wpDiscuz
Share this ArticleLike this article? Email it to a friend!
Email sent!