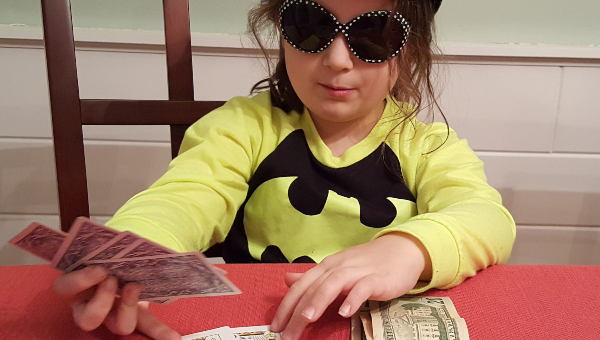 You don’t have to be a billionaire real estate tycoon to understand some of the basic principles of negotiation. Offer less than you’ll spend, ask for more than you will accept. Go in with a clear idea of what final result you are after and project a desire to find commonality in order for the other side to also believe they are achieving their goals. The truly skilled will mask what they are really after, heading down the path to victory before the other party is even aware that negotiation has begun.

It’s possible that in my guidance of my daughter towards her rightful place as Queen of The World, I have been emphasizing some of the wrong qualities, believing that her intelligence and empathetic nature would bring her to power. I am now beginning to wonder if it might be a hidden deviousness that will be a more effective tool.

You see, my five-year-old daughter has decided that she wants a Mohawk haircut. I’ve spent the past several years teaching her to celebrate her individuality, telling her that she can play with whatever she wants, be whoever she wants, and as long as it is somewhat reasonable, dress however she wants.

These are all things that she has not been shy about reminding us, as well as the fact that it is her hair, to do with as she pleases, that several boys in her school have their hair cut in this manner, and that it will grow back very quickly if she decides that she doesn’t like it. She has a list of arguments and they are all annoyingly hard to dispute.

Fortunately, I don’t believe that she really wants a Mohawk. I think that by opening with this move, she is maneuvering us towards her real endgame: highlights. For a while, she’s been asking for them and we’ve brushed her off, not seeing a need for her to start applying multi-colored hair dyes just to make her hair look “fancy.” She’s used marker on just about all of her Barbie’s locks and always goes out of her way to compliment random teenagers at the mall with multi-colored tresses. I think that by opening with Mohawk, her plan is that a compromise will be reached to obtain her true goal.

My wife thinks I’m insane. She takes care of my haircuts and I fear a Patriots logo may get carved into the back of my head in I even think about calling the little one’s bluff.

She may be right.

It may also be that we’ve got a little hustler on our hands, willing to use our words and weaknesses against us to get what she wants. Judging by her poker playing skills, I’m convinced it’s the latter.