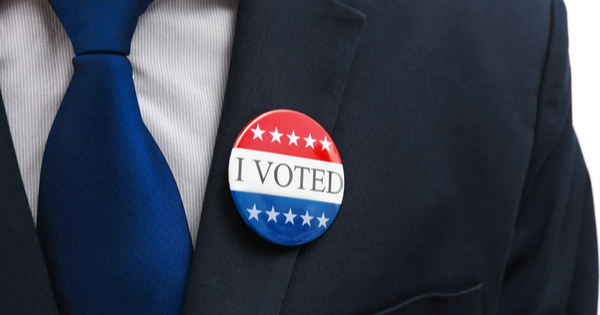 Jon Meacham eloquently brought the never-ending struggle for the soul of America into focus in 2019 with his eponymously entitled book (and his moving speech at the Democratic convention last summer).  Both campaigns picked up the battle cry, arguing their party’s differing views of what makes America tick.

Most of the debate centered on the soul of the nation-state – the priorities that Americans would like to see our in leaders, institutions, and systems, as Elizabeth Dias observed for the New York Times.  In two back-to-back articles for the Times,  Susan Faludi, followed by Claire Cain Miller and Alisha Haridasani Gupta, narrowed the election focus to the fundamental differences between the two candidates as men, and the set of values that they represent as models of masculinity, which the journalists assert is a reflective mirror to our society, key indicators of our nation’s soul.

This lens on the decision that was before this country is one that we should not abandon too quickly, as it frames a set of issues that we must continue to wrestle with.  While the election made it obvious that we fundamentally differ regarding the merits of the political candidates, it also appears that the chasm in our views of the two male archetypes is wide and deep.  We may be evenly divided regarding what prototype of masculinity we prefer.

On the surface, the choice was: Are we men who primarily identify as macho “Alpha Males” (and as women do we prefer men who operate that way), or do we identify as “Heroic Civil Servants” – protectors, caregivers, and providers (and as women who like their men to emphasize that role)?

It was a false choice in my view. One candidate very clearly demonstrated the narcissistic, underbelly of Alpha Males, while the other candidate has illustrated the better qualities of Alpha Males and provided a terrific example of the service-oriented male.  In doing so, he makes an important point.

Men can learn how to be strong, tough, resilient, persistent, competitive, and aggressive – qualities that we associate with alpha males – in such a way that our actions accomplish the greatest good while doing the least harm.  But it is also true that we can learn how to be providers, protectors, nurturers and caregivers deeply engaged in relationships, too.  (I would contend that finding a way to balance these two ways of being is relevant for women as well).

What is troubling about this election is the fact that this “false choice” was on the ballot. It confirms that there is a culture of masculinity in this country that encourages the abuse of the powers that Alpha Males develop.  It also suggests that as men we feel like we need to make a choice between the two male archetypes, when what we need to do is identify the pieces of each model that are beneficial, know when they should be applied, and avoid the negative underside that each model possesses.

We also need to expand our notions of what it means to be a “real man”.  Men need to rediscover our ability to be open, transparent and vulnerable, as therein lies much power and impact that we never deploy.  We need to learn how to reconnect with our emotions and use our hearts to guide us as much as our heads.  We need to value the wisdom of the women and respect their presence in our lives.

This is the Battle for the Soul of America that we must now undertake.

As we endeavor to heal this nation after this election, let us find the common ground where we can stand united.  I deeply believe that men – all men – are ready to make a shift, and that if we do so together, we will become a balm on the soul of this weary nation.

During Thanksgiving this year, let’s not only make time to be grateful for our blessings, but let’s take responsibility for the failures that we have experienced as a country, and as men, and commit to remaking our troubled union, and this great nation, anew.