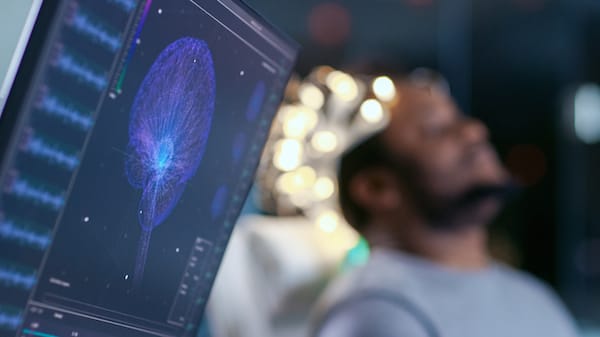 Brain responses of mothers and fathers to pictures or videos of their infants overlap. Increased activity is found in parts of the brain associated with reward, motivation and empathy. In one study, increased activity in brain reward systems correlated with the father’s active engagement in caregiving, as reported by the mother. In another study, fathers shown pictures of their own newborns experienced more activation of empathy and reward systems than when shown pictures of unknown newborns. In another study, a new father’s self-reported positive thoughts about their infant correlated with reward system activation in response to their infant’s cries.

Future research will look at other brain responses in fathers – to a child’s laughter, speech and movements.

There is growing evidence that these changes are linked with the hormones that are produced when fathers care for their children.

The key difference between human mothers and fathers is the degree of variability in fatherhood. Active motherhood almost always follows after birth, whilst fatherhood is activated only when circumstances require or allow it and even then it is highly variable. In societies with small family units living apart from extended family networks, and in families with scarce resources, paternal involvement is highly necessary.

When fatherhood is activated, similar neural processes take place as in mothers. It is as if so-called “parental instincts” reside in all humans and are activated when circumstances require.

It is interesting to note that only in 5% of mammalian species are fathers actively engaged in caring for their young in the wild (e.g. some primates and rodents in particular). As in humans, this paternal behaviour involves similar brain processes as maternal behaviour.

But when animals are held in captivity and in different conditions, fathers can become more active, suggesting that perhaps parental brain systems exist in many male mammals, and can be activated when an active paternal role is desirable or possible.

JAMES K. RILLING
Winship Distinguished Research Professor of Anthropology at Emory University, USA, with a secondary appointment in the Department of Psychiatry and Behavioral Sciences

This post was previously published on Fatherhood.global and is republished here under a creative commons license 4.0.
—