Get Daily Email
Join/Login CLOSE
Home / Featured Content / The Brazilian Cerrado: The Upside-Down Forest on the Frontlines of Agriculture 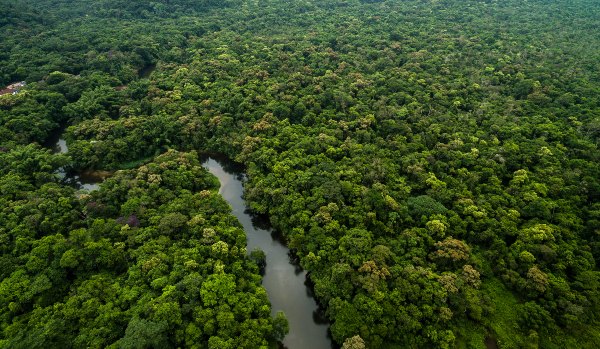 This story is part of the Landscape News series Forgotten Forests.

In 1993, Brazilian poet and environmentalist Nicolas Behr wrote a poem about Mané Garrincha, one of the country’s most celebrated soccer players despite a spinal deformity that made him bowlegged, and his left leg six centimeters longer than his right. To these famously misaligned extremities, Behr drew a parallel to the Cerrado, the savanna ecosystem where he has lived for most of his life.

not all
that is crooked
is wrong

The Cerrado is the world’s largest savanna, stretching across almost 2 million square kilometers in central Brazil. Yet its stubby, gnarled shrubs receive far less attention than the lush lianas, verdant palms and towering kapok trees of their glamorous neighbor, the Amazon.

“Nobody was paying attention to savanna and grasslands; nothing that had small trees, twisted trees, ugly trees – in their opinion,” says ecologist Giselda Durigan, an associate professor at São Paulo State University and Campinas University, of when she began her career over three decades ago.  “But I lived in the transition zone between the Cerrado and tropical forest, and I began to pay attention to these neglected ecosystems.”

Durigan wasn’t the only one to question the Cerrado’s denomination as ‘marginal land.’ In recent decades, a number of Brazil’s scientists, economists and agriculturalists have begun to deepen their understanding and appreciation of what lies not only above but also below the savanna’s sandy ground.

This is to say that one of the most valuable parts of the Cerrado is its depth of soil, which acts like a sponge, stashing enough rain in the wet season to keep springs flowing throughout the year. Its springs feed eight large watersheds that between them provide 40 percent of Brazil’s fresh water, upon which its urban centers depend.

“It’s the wettest savanna in the world,” says Durigan.

And that’s not the only ecosystem service the landscape provides; it’s also a critical carbon sink. Because the soil is so deep  – it’s estimated to reach depths of 25 meters or more – the plants that live there have extensive root systems. Many have twice as much biomass below-ground as what’s seen on the surface, leading some ecologists to dub the Cerrado “the upside-down forest.” It’s estimated to store around 13.7 billion tons of carbon, two-thirds of which lies underground.

The unassuming landscape also has extremely high biodiversity – it contains around 5 percent of all biodiversity on Earth, and 40 percent of its species are endemic. Over 12,000 plant species live in the Cerrado, as well as plenty of interesting animals, such as the tamanduá-bandeira, or giant anteater (Myrmecophaga tridactyla), a bushy-tailed character that grows up to two meters long; the Brazilian wolf (Chrysocyon brachyurus), which eats mostly fruit; and the tapir (Tapirus terrestris), a long-nosed, hoofed creature and the area’s largest surviving native terrestrial mammal.

Seasonal fires – both natural and intentionally-lit – have historically played an important role in regulating the ecosystem and maintaining its rich biodiversity. “A month or two after fire, the Cerrado is like a garden,” says Durigan, “because you have so many plants, and millions of flowers.”

At present, controlled fires are only allowed in a few of the Cerrado’s protected areas, and burning native vegetation outside of reserves is illegal. But Durigan and her colleagues have found that without fire, plant biodiversity decreases, and the savanna turns into a more thickly-vegetated landscape that locals call cerradão.

“It’s a huge loss,” she says. “We are living in a moment where the world sees fire as a bad thing in Brazil. So we have to show people that fire in the Amazon is really bad, but at the same time, if you stop burning the Cerrado, that’s really bad, too.”

Read more : For better farm yields in Brazil, a simple registration can help

A stomping ground for cattle and soy

Agricultural expansion is also changing the face and functioning of the Cerrado. People have lived in the biome for millennia, and cattle has grazed for centuries without making major impacts. But in the 1970s and ‘80s, farmers introduced African grasses to boost cattle productivity in the area, and the resilient, fast-growing invasive species quickly began to alter the landscape.

Meanwhile, researchers began developing varieties of soybean, maize and sugar cane that could withstand the Cerrado’s poor soils and long dry season, and with the help of irrigation and copious amounts of fertilizer, farmers began growing crops there for the first time.

The world’s appetite for soy, beef and other animal products has skyrocketed in recent years. Global soy demand has doubled since 2000, three-quarters of which is used in livestock feed. And as industrial farms seek out new frontiers for expansion, the Cerrado is in the firing line.

“It’s hard to be definitive about these things because it depends on how you measure it,” says Toby Gardner, a senior research fellow at the Stockholm Environment Institute and director of open-source supply chain information system Trase. “But you can easily argue that the northern region of the Cerrado is the fastest-growing frontier of soy expansion in the world.”

According to the World Wildlife Fund, up to 1 million hectares of the Cerrado are cleared each year – an average of a chunk almost the size of New York City each month. That results in the release of 250 million tons of carbon annually – about the same as the yearly emissions of 53 million cars. The land-use change is also beginning to impact the local climate, changing rain patterns and diminishing agricultural yields.

Total deforestation levels in the Cerrado are similar to those in the Amazon, with both biomes having lost around 20 million hectares to agricultural expansion since the early 2000s, “but the Cerrado is quite a lot smaller,” says Gardner, “so, relatively, it’s had a much greater impact.” And given that existing environmental protections in the Cerrado are far lower than in the Amazon, this disparity is likely to increase. There are very few protected areas – only 8 percent of the biome is officially protected, and less than 3 percent is under strict protection.

The impetus, then, is left is on private landowners to safeguard the remaining Cerrado. But while Brazil’s Forest Code dictates that landowners can legally deforest just 20 percent of their land, in the Cerrado they’re permitted to axe up to 80 percent.

On top of this, illegal deforestation is still occurring in the region at large scales. In a case study in Mato Grosso – the country’s largest state for soy exports – Trase researchers found that over a quarter of total deforestation between 2012 and 2017 took place on soy farms, and 95 percent was illegal.

It’s important to flag here, however, that the majority of soy farmers do comply with the law, and most infringements are made by a small number of large, powerful operations. Eighty percent of the illegal deforestation on soy farms took place on just 2 percent of those farms.

“Most landowners are nice people: they follow the laws; they understand how important it is to comply and do things right,” says Durigan.

Supply chains, politics and a pandemic

With pro-conservation policy shifts looking unlikely under the current Bolsonaro administration, environmental advocates are turning to voluntary and incentive-based interventions to encourage farmers to avoid further deforestation in the region. In 2017, more than 60 Brazilian civil society organizations launched the Cerrado Manifesto, which – among other things – called for companies that purchase products from the Cerrado to help stop deforestation there, and a large number of retailers signed a Statement of Support (SoS).

This year, as a result of that pledge, seafood giants Tesco, Nutreco and Grieg Seafood – each of which buys vast amounts of soy as feed – launched the Funding for Soy Farmers in the Cerrado Initiative (FSFCI), through which they incentivize farmers to grow soy on land that’s already been converted to agriculture rather than deforesting the Cerrado further. However, with major commodities firms such as Cargill, which also purchases large amounts of soy here, yet to sign up to either initiative, the strategy still has significant gaps.

So, does more responsibility then lie more on consumer behavior to avoid contributing to the Cerrado’s devastation? Perhaps, but when retailers sell ‘sustainable products’ at a premium price, alongside less-sustainable, cheaper ones, Gardner says “that’s starting on the wrong foot, because it suggests that sustainability is something special. We should be talking about the actual cost of producing something in a sustainable way, and accept that things that aren’t produced in a sustainable way are not sustainable, and therefore shouldn’t be produced in that way.”

In-country legislation and enforcement to protect the Cerrado is also critical, says Gardner – but things are going in the opposite direction under the current administration, says Durigan. “It’s ridiculous. We are going back perhaps 30 years in terms of conservation,” she sighs. “And having these environmental crises at the same time as the pandemic is especially difficult, because we feel like we’re in a straitjacket. We can’t go to the streets, we can’t meet other people to discuss the issue. Everything happens on the Internet.”

Durigan says that while the upcoming U.N. Decade on Ecosystem Restoration (2021-2030) is an important focus for environmentalists across the globe, it’s key that we don’t miss opportunities to protect what still exists. She and her colleagues have been working on ways to restore degraded parts of the Cerrado for more than 30 years, with little success so far.

“We need to protect what is still remaining, because we cannot restore the Cerrado based on what we know now,” she says. “We need to learn much more – and even then, we don’t know if there is a way. So we have to protect what we have, instead of planning restoration in the future.” 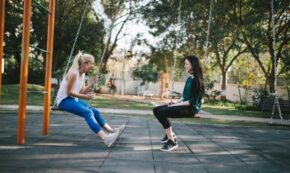