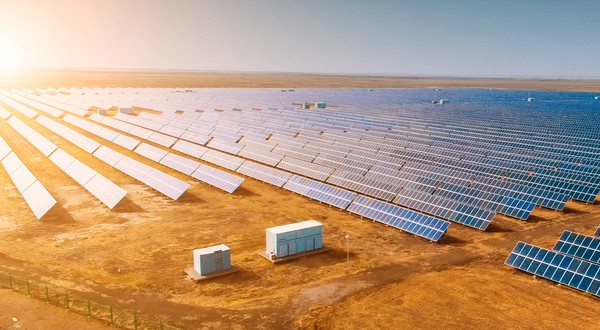 —
A $ 20 billion investment plan plans to supply electricity to Singapore from what will be, for the time being, the world’s largest solar farm: Sun Cable. Located in Australia and linked by a 3,800-kilometer submarine cable, its 15,000 hectares of solar panels will provide about 10 gigawatts, enough to cover a fifth of the country’s energy needs and to replace its combined cycle power stations, and will also have an endowment of enough batteries to ensure an uninterrupted supply.

A proposal on an even larger scale, Asian Renewable Energy Hub, plans to create a hybrid solar and wind farm linked to a hydrogen energy storage plant in Pilbara, a very sparsely populated region in the west of the country. The idea is to change the physiognomy of Australia within the global energy map, to enable it to stop exporting mainly coal and natural gas, and to become one of the important suppliers of clean energy. It is estimated that filling the Sahara desert with windmills and solar panels could generate enough electricity to supply the energy needs of the entire world. In the United States, solar is already the most important source of energy, ahead of gas or wind, and all this in spite of the tariffs imposed by the idiot of its president on imported solar panels.

The plans join those of other countries, such as Morocco and its Noor-Ouarzazate facility , and others in countries such as India, China, Mexico, the United States or the United Arab Emirates, to exploit vast tracts of land through solar panels, even in the sea, and to completely change the world map of energy, with all the geopolitical consequences that something like this can have .

Renewable energies have already become the cheapest and logical way to produce energy without the need for subsidies. Countries like Costa Rica have already managed to pass periods of up to 300 days without burning fossil fuels to generate electricity by introducing hydroelectric and geothermal energy into the equation, in addition to solar and wind energy. Portugal has spent four days supplying only renewable energy, the UK has been able to spend a thousand hours without burning coal, and while, US states like Colorado marvel at the cost competitiveness of this type of facility, even adding the necessary storage infrastructures, types each time more diverse. And within renewable energies, solar continues to stand out for its increasingly lower costs. The goal of generating 100% of the world’s energy from renewable processes is becoming more feasible and cheaper every day.

More and more industries are going to depend on the ability of countries to manufacture or supply basically two things: solar panels and batteries. Solar energy is already the logical choice at all levels: in countries as different as the United States or Germany, domestic installations of solar panels and batteries have become the investment of the moment, and become more interesting as there is more facilities to interconnect in so-called microgrids. For all intents and purposes, energy is the new internet, and storage becomes the most strategic technology.

All the analyzes affirm not only that we have to stop building and operate power plants based on fossil fuels, but in fact, we have already built too many, and that the fuel needed to supply them would necessarily have to remain on the ground. The transition is becoming more urgent every day. Germany has already announced the closure of all its 84 coal plants, India has canceled plans to build them due to the decreasing costs of solar energy, and the action in this sense is, every day that passes, more important and more strategic. Only those countries that act on time and update their generation policies will be able to aspire to play a relevant role in this new world map of energy.

This post was previously published on www.enriquedans.com and is republished here under a Creative Commons license CC BY-ND 3.0.
—
—

Facebook8TweetPin1EmailShares9
wpDiscuz
0
0
Would love your thoughts, please comment.x
()
x
| Reply
Share this ArticleLike this article? Email it to a friend!
Email sent!