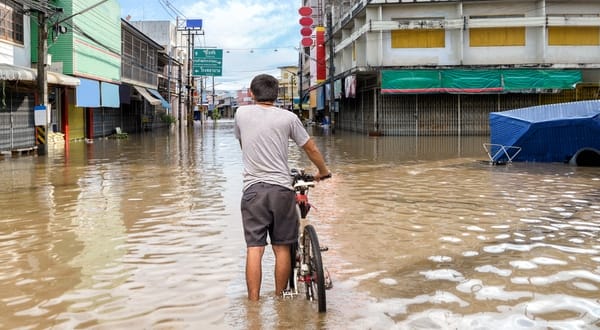 —
The prestigious British newspaper The Guardian has amended its style guide to modify the terminology it uses to refer to the biggest challenge facing humanity, rising temperatures and the destruction of habitats and species, as part of an initiative to try to express rigorously, reflecting the phenomena that each term expresses.

Henceforth, terms such as climate change, which simply evoked an alteration in weather that could even be interpreted as benign, will be replaced by climate crisis, or climate emergency, which provide a much clearer measure of the magnitude of the problem, while other terms, such as global warming will be replaced by global heating, which also gives a fittingly alarming interpretation of its magnitude.

The initiative is more important than it seems, which is why I have used it here. Language conditions many more things than we realize, and calling things by their name is fundamental in this type of situation, as the great Greta Thunberg, who was on the cover of Time magazine, reminded us in a tweet.

Another important term that has been updated is climate skeptic, who from now on will be known as climate science deniers, reflecting their refusal to accept scientific facts, a position now regarded as both uninformed and untenable. Last September, the BBC issued an internal memo noting that the information it provided on environmental issues was not often properly formulated, telling its editors that scientific evidence does not require balance, meaning there is no need reflect the opinion of denialists:

Language is very important. Calling things by their name can help put them in the right context and is an important part of the approach to solving any problem. But of course, much remains to be done: while in the United Kingdom, 76% of the population recognizes that we are in a climate emergency, in other developed countries there is less awareness of the scientific facts regarding our climate emergency. There is much still to do and we must keep working.
—

This post was previously published on Medium and is republished here under a Creative Commons license CC BY-ND 4.0.
—