Get Daily Email
Join/Login CLOSE
Home / Featured Content / The Confidence Question: How to get it and Keep it — and Why
Embed from Getty Images

—
When it really comes down to it, there’s one thing that will instantly make any person more attractive. It’s not a physical feature, you don’t have to punish yourself in order to achieve it, and if you don’t have it, you can pretend until you do.

That thing is confidence, and although it can be elusive, having it makes literally everything better.

Apart from some slightly dark times in my teenage past, I’ve always been basically self-confident. But even saying that, you’re opening yourself up to a world of vulnerability. By claiming you like yourself, you’re seemingly opening the doors for a barrage of people to tell you why this should not be the case.

And this is what I think a lot of people get very wrong about confidence. I think people equate confidence with believing you’re perfect. This simply can’t be the case. You don’t have to think something is perfect to think that it’s good. That logic can be applied to all the things in the world, so why on earth would it not apply to yourself?

You’re more than your productivity, your bank balance, your social life, your body. You’re you — and that’s enough to be confident about.

It’s not even that I think I’m particularly good — it’s just that I’ve accepted there is no point in dwelling on thinking I’m bad. Plus, in a society such as our own, actually liking oneself is a rebellious act. That intrinsically appeals to me.

So, how to be more confident? Literally fake it until you make it. That’s the great thing about confidence – no one can prove you don’t have it. And if you say you do, and act like you do, it’ll grow inside you. Once you start to have some, more will follow. It’s like a pyramid scheme, but inside your own head. And also the closest thing to real-life magic that tangibly exists.

Confidence does not mean a lack of desire for self-improvement. In fact, I think not generally trying to be a better person is a sure fire way to become less confident. But admitting that there is stuff to work on is not the same as saying the base level of who you are is fundamentally unacceptable. It’s important to respect and value yourself regardless of the extras. You’re more than your productivity, your bank balance, your social life, your body. You’re you — and that’s enough to be confident about.

Confidence is not, however, reliant on self-improvement. It’s a conscious decision to stop beating yourself up over a lack of improvement. As AA puts it, it’s “grace to accept with serenity the things that cannot be changed, courage to change the things which should be changed, and the wisdom to distinguish the one from the other.” If there’s an aspect of yourself that’s not so great, and you’re struggling to improve on it, let it go for now. Dwelling is the essence of low self-esteem, and you’ve got time in the future to sort whatever it is out. Your mission right now, should you choose to accept it, is to like yourself unconditionally.

The ole saying is to treat others how you’d like to be treated, but I think it’s incredibly important to treat yourself as you’d want others treated, too.

If you’re thinking things about yourself you’d never think about anyone else, notice it. Be kind to yourself. You deserve it.

And as for said others, if you’re happy and assured in yourself, you’ll inevitably have a positive impact on those around you. Instead of being caught up in your own issues, you’ll have time to think about other, more interesting things. And you being confident will set an example to others around you. If you want your friends to think they’re awesome hotties, and yet you constantly criticize yourself, you’re being hypocritical. Be the confidence you wish to see in the world.

Another great and misunderstood thing about confidence is the removal of competition. Once you’re aware of your innate ability to manufacture your own, you’ll realize that there is no finite amount of success, attractiveness, happiness, friendship and love in the world. So why not all have loads?

It can be hard to stop dark thoughts — I know this more than anyone. But consciously maintaining a counterbalance to the mean voice in your head balances things out. It’s hard sometimes, and you need to keep training yourself. But over time, the positive voice gains power and can drown out the mean one.

The more you do it, the easier and more automatic it becomes.

In a world where every single thing is bombarding us with the message of not liking yourself, it can be hugely difficult to resist that permeating, insidious idea. But look at it this way: there is literally no disadvantage to being confident. It’ll make you happier, more successful, a better friend, a better person. And all it takes is a conscious decision, right now.

7 Ways I’ve Become More Confident With Age (Playing With My Food Helped!)
The Moment I Realized I Was Good Enough
Why Self Awareness Is The Most Attractive Quality
— 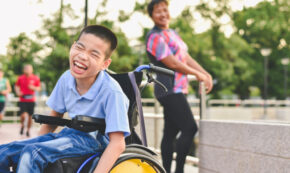 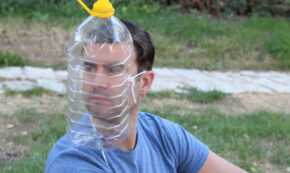 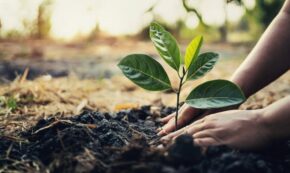 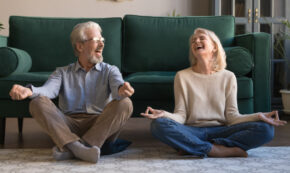 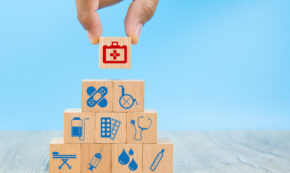