Bill Reynolds shares a memory from his youth of when his dad reached beyond his expectations to help him.

In 1976, America was in the throes of celebrating its 200th birthday—all year long. Everyone wore red, white, and blue and flew flags.

Gerald Ford was the President of The United States as we tried to start fresh after Watergate. You couldn’t go anywhere without spotting the stars and stripes. Every business wanted a piece of the action, including my beloved Estes model rocket company.

The cover of the catalog I got in the mail that spring featured the most stunning thing I could lay my eyes on: the Patriot. It was a gleaming beauty with a black plastic nose cone, painted red, white, and blue, replete with decals of golden eagles and the flag. Our flag! I had to have this thing.

When it arrived in the mail, I wasted no time assembling it meticulously: no stray glue, no running paint. Most of all, I placed the decals perfectly; no wrinkles, no bubbles, no rips. This was to be my pièce de résistance. No rocket I had built compared to this. I couldn’t wait to launch it!

On a windy day that that spring, rocket in hand, I announced to my dad who was laboring in the backyard, “We’re gonna fly rockets now, Dad!” He looked at the waving trees. “Isn’t kinda windy?”

I knew what he was saying. Rockets were launched from a small pad, powered by cylindrical engines packed with gunpowder. When the engines burned out, they popped a parachute through the top, and the rocket floated to earth. The best time to do this was when the air was still or barely breezy. But on that day, all 14 years of me knew more about the world than my father did. “It’s ok, Dad, don’t worry about it.”

He HATED that. “Don’t worry about it, Dad,” he mimicked. “Dad, look at this thing. It’s huge – it’ll be fine.” It was about a yard long, heavy, impervious to the wiles of Mother Nature. “Ok, just, don’t come crying to me when it gets hung up in a tree.” “Alright, Dad, see you later!”

Off I went with my little brother and neighborhood buddies. I couldn’t wait to get the Patriot off the ground. It would be a glorious maiden voyage – flying higher than anything I’d flown before; certainly higher than anyone else’s. That was most important.

Woodstock’s Andy Lee Memorial Field, or the Rec Field as we called it, is a wide-open expanse that can fit a few football fields. It’s a perfect place to fly kites, model airplanes, and rockets. We took the Patriot to the center of the field as my hair flew in my face.

We did the countdown, pressed the button, saw the tiny puff of smoke of ignition and WHOOOOSSHHHHH! Up, up and up my Patriot went, exceeding all expectations. It went so high we couldn’t see it against the gray sky until POP! Out came the parachute! So far so good! Sometimes rockets wouldn’t launch or if they did, they’d come tumbling down without the parachute and shatter on impact. But the Patriot’s maiden voyage was flawless.

Or so I thought.

The wind began to gust. When rockets begin to descend, you want to see them get larger and larger as they float down to you. But on this day, the Patriot’s parachute carried it across the sky, drifting and spinning toward a stand of ancient pine trees so tall I guessed you could see the Hudson River from there maybe.

Oh nooooo….this can’t be. It’s not going there. It can’t be. I just got this thing!

We ran as hard as we could see which tree the rocket would become ensnared. I couldn’t believe my eyes and prepared for the worst. We got there . . . and saw the Patriot dangling helplessly from the very top of the tallest tree. I put my face in my palms.

For a good half hour or more, we took turns trying to climb up but it was too high. Our hands and windbreakers covered with pine pitch, we all faced the ugly truth: the Patriot was gone forever. We trudged home.

Dad was still working in the backyard. “So, how’d it go?” I looked down at the grass. “Dad, the Patriot..it’s in a tree, we can’t get it out. We tried.” He threw down his hammer and started to cuss. “Don’t worry about it, Dad!” Ugh – why did he have to throw those words in my face?

“Where is it?”
“It’s in a tree, in the Newtons’ back yard.”
He didn’t say anything and grabbed a stepladder.
“What are you doing?”
“Show me where it is.”
I looked at this puny ladder. “But it’s up too high.”
“Just show me where it is.”

We took him to that hateful, joy-crushing pine tree. Dad wasn’t afraid of heights. I was, but Dad wasn’t. He propped the stepladder against the tree. “Spot me,” he ordered and began his ascent. Up, up, and up he went, each hand reaching for a new branch, feet finding a limb that could hold all 6’3” and 225 pounds of him. The tree swayed with the wind and his weight.

We watched Dad disappear inside the canopy of the tree. I ran to a clearing in the yard so I could see him. There he was at the very top, reaching for the rocket. I put my hands to the side of my head and looked down. What if he died because I didn’t listen to him? How could I be so stupid?

He seemed to slip a bit but was undaunted. He reached again for the third time, shook the branch that held the Patriot, until—incredibly—the tree coughed it up! My rocket broke free and much to my astonished eyes, spun like a maple seed to the ground. I picked it up. It only had one scratch.

“Bill, spot me!” For a second I forgot he was up there.
When he touched down I looked at him and could feel the tears. If ever there was a day I felt hero worship for my father, it was on that day.

The next spring I brought a custom-made rocket to the field. My plans, my design. It was black and silver and just mean looking. I called it the Exeter. It flew just as planned. Flawless! But when the parachute popped, it wasn’t coming down. It followed the Patriot’s track. And as we ran to follow, it floated past the pines, deep into the woods beyond the tennis courts, where it vanished. It didn’t take a genius to know the Exeter was toast. I didn’t say a word. I just went home.

Back at the house, Dad was in his easy chair getting ready for Wide World of Sports. “How’d it go?”
I sat down for the opening credits and watched the ski jumper fall and crash off the ramp for the hundredth time in a heap. I sipped my Coke and thought about it. “It went good, but I think I’m done launching rockets now.”

He snickered. “That’s probably a good idea.”
He sipped his Gablinger’s, I sipped my Coke.
“Yeah, I think so.” I said. And we sat together quietly for our weekly ritual. I lost my rocket, but in that moment, it really didn’t seem to matter at all.
—

Bill, You’re a good story teller! I enjoyed reading your story aloud—it’s an editor thing. Or, maybe it’s a grandma thing! Yeah, that’s it! 🙂 I could just see your father trying not to smirk, being upset about the potential financial loss but also the loss of something that brought you joy and adventure.

Nice work. I’ll look forward to more from you! — LMB

Love your story! What a cool things to do, And you obviously had A REALLY COOL DAD!! 😉 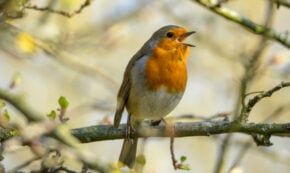 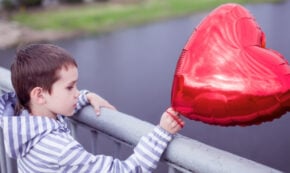 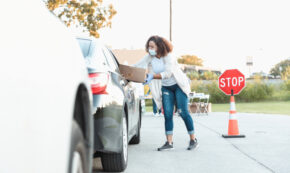 FacebookTweetPinEmailShares60
wpDiscuz
2
0
Would love your thoughts, please comment.x
()
x
| Reply
Share this ArticleLike this article? Email it to a friend!
Email sent!