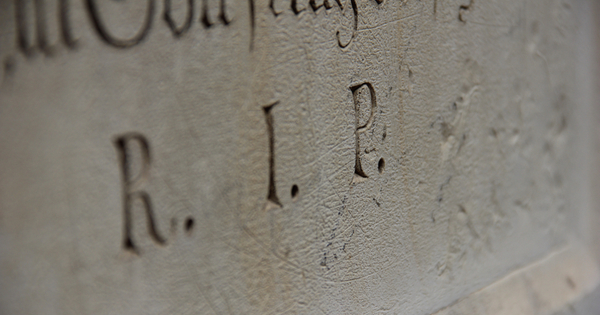 President Trump feels Roger Stone, tried and convicted, is being punished too severely. His crimes included lying to Congress and witness tampering. The Department of Justice is toning down their sentencing suggestion to include an extended timeout and no television for a week.

At the same time, the President feels Lieutenant Colonel Alex Vindman got off too lightly for the heinous crime of telling the truth to Congress. He has asked the Pentagon to consider further disciplinary actions to the decorated soldier for having the gall to comply with a subpoena and answer truthfully.

Our country has been reduced to this. The office of the President has been tarnished. The Senate watches in silence while Trump exacts revenge on staff members and diplomats whose only crime is innocence. They sit in shame watching a Purple Heart recipient escorted out of the White House as if he were a trespasser. “Thank you for your service, don’t call us, we’ll call you.”

Then, out of the blue, Attorney General William Barr decides to intervene in the case of Roger Stone. Or maybe not out of the blue, maybe it was the rabid, snarling twitter barrage from the President. It hardly matters whether Barr acted on behalf of the president or completely on his own. He looks like he is at the beck and call of Trump. A champion rushing in to save the day.

It does raise a terrifying question, though. If Barr is willing to sacrifice his reputation to intervene in a minor case of perjury and obstruction because the President tweeted, “So they now convict Roger Stone of lying and want to jail him for many years to come.” What is he willing to do about the second part of the statement? “Well, what about Crooked Hillary, Comey, Strzok, Page, McCabe, Brennan, Clapper, Shifty Schiff, Ohr & Nellie, Steele & all of the others, including even Mueller himself?” How far is the nation’s top policeman willing to go to scratch that itch?

I remember not so long ago Republicans were outraged during the 2016 campaign when he suggested Hillary Clinton was guilty of poor judgment and not criminal stupidity when she used a private server for government emails. It was a slip, admittedly and a president should probably avoid that sort of thing. But, Trump has made it his stock in trade. Late night anger and he gets Barr to jump through hoops in defense of somebody who had been convicted to lying to defend the President. It just doesn’t look good.

There are supposed to be three separate branches of government. We saw the breakdown of the Legislative Branch during the impeachment trial. Evidence was piling up, witnesses were coming forward and the Senate closed their eyes, their ears and bowed to the Executive Branch. Now we see the Judicial Branch acting as private counsel for Trump and his allies.

We are watching the death of a democracy. It didn’t take long, just a couple of years. It was a painful death but the results are going to be worse. H. L. Mencken said, “Democracy is the theory that the common people know what they want, and deserve to get it good and hard.”

Don’t think it hasn’t been fun, because it hasn’t.