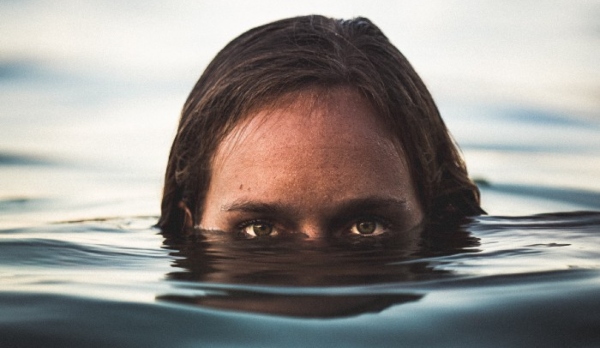 You’ve seen the malignant narcissist on television and in films. The characters Hannibal Lector, Amy in “Gone Girl,” and Dexter are prime examples of the cold, calculated, charming, manipulative, terrifying people deemed narcissistic. The protagonist in “You” also searches for the perfect love, which of course he can never actually find. Once he sees the flaws in the perfect lover he thinks he’s found, he feels compelled to kill them.

They all exhibit the classic symptoms of Narcissistic Personality disorder, NPD. Grandiosity to the point of fantasy. They consider themselves special, and far more intelligent than “ordinary” people. They crave admiration. They fantasize about the perfect love, or the perfect antagonist or counter foil, as in Hannibal Lector and Clarise Starling.

It isn’t a coincidence that these four characters are also serial killers. Serial killers are inevitably narcissistic sociopaths/psychopaths. However, contrary to media portrayals, not all people with NPD are either sociopaths or serial killers.

People with NPD have an inability or unwillingness to consider the needs or feelings of others, but they may not completely lack all empathy. They are grandiose, self-centered, need to feel superior to others, and can be manipulative. But they don’t kill.

Finally, there are those we call narcissists, who may actually be people with a Superiority Complex. They exhibit some of the traits of NPD, without having the full-blown disorder. They are the run-of-the-mill narcissists, a description they would abhor, as it indicates they are not as superior as they like to think.

Confused yet? If you are, so are many people who find themselves in relationships with someone on the narcissistic spectrum.

When our mental picture of narcissism is that of Dexter, Hannibal Lector, Amy in “Gone Girl,” and Joe Goldberg in “You,” it’s easy to get sucked into a relationship with someone with Narcissistic Personality Disorder without the sociopathic component. That’s why it’s important to learn the signs and the differences.

Most on this spectrum, even some serial killers, are charming. People with NPD “love bomb” their relationship interests in the beginning. They will say you are the most amazing, beautiful, intelligent, empathetic (insert complimentary term of your choice here), person they’ve ever met. Their interest in you will feel intense, and you may feel seen and understood as never before. That’s the spider’s web they weave for you, the fly.

Once you’re in the relationship, the web analogy becomes more obvious. Not only are you captivated by your narcissist, you can’t imagine not being with them. You’re trapped. Why? Because you will constantly be chasing after the initial feelings they sparked in you. Feelings of joy at being “known,” gratitude for being chosen by such a special being. But you can never truly know them, no matter how many times you probe, search through their phones, or have them followed.

When you find yourself doing those things, it is a dead giveaway that you are in a relationship with a someone on the narcissism spectrum. You won’t find any dead bodies, but you will find clandestine relationships with others, and secret adoring “fans.”

Malignant narcissists are emotionally, mentally, and sometimes physically abusive and manipulative, to make you feel as if you’re the crazy one. They put you down in ways that you begin to believe are true about yourself. They blame you and others for their problems and failures. Nothing is ever their fault.

Their narcissistic traits are combined with sadism, paranoia, and anti-social behavior. They don’t believe any laws or rules apply to them, so they are often law breakers.

Malignant narcissists go to extremes to manipulate people in their lives. I had one tell me that the voice I’d heard on my phone was not his, but someone impersonating him. He claimed to have seen me at a private event where he couldn’t have been and described what I was wearing.

They will do or say anything to keep you off-kilter. The moment you start to question your own sanity in order to preserve their protestations, you must get out. While they may not all be serial killers, they are all dangerous, to your sanity, and maybe to you and others physically.

These are the abusers who berate or harm you while they are preternaturally calm. Other abusers may fly into a rage, but the person exhibiting malignant narcissism will hurt you, all the while with a serene expression on their face.

Those with NPD, but without the sociopathic streak that makes someone a malignant narcissist, are not typically dangerous, although they can be just as detrimental to your sanity. They seldom get physical, because they influence you in other ways.

They love bomb, and then use your response to control you from then on. They know you’ll do whatever it takes to keep or regain their attention and approval, and it’s why so many of them get away with secret, serial or simultaneous affairs. You as their partner simply don’t want to accept reality, because then you would no longer feel you’re special to them.

When my former husband (not the malignant narcissist) was asked by a guy friend what he would do if I ever caught him, he answered,” If Carol came in and caught me in bed with two women, she would climb in and try to outdo them both.” That’s not how it went down when I discovered the affairs. I left. But he had understood, maybe even created, my underlying mindset at the time.

They require a “home base,” and that is you, as long as you remain naive to their manipulations. When you are no longer naive, they move on to someone else who is.

They also move on when you aren’t capable or willing to provide them any longer with unconditional admiration and adoration. They don’t actually love anyone, especially themselves, so when they see the reflection of their true selves in your eyes, they have to leave.

Finally, who are the people we typically label as narcissists? Narcissist isn’t a qualified diagnosis, or a term used by those of us in the field of mental health, even though it’s a popular term in the culture. Unfortunately, it’s used as a catch-all phrase for the entire spectrum of narcissism. And that’s a problem. Because we can miss the truly dangerous ones while concentrating on people who may be showing a narcissistic streak, but actually suffer from different mental health issues.

I contend these types are actually demonstrating what Alfred Adler described as a Superiority Complex. While this isn’t a diagnosis any longer, as it was included in the DSM-lV, and deleted in the DSM-5R, it has commonalities with NPD, but not necessarily the extremes.
Similar to NPD, there is an underlying fear of inferiority, which they mask by acting superior. However, people with this complex are seldom charming. They risk few challenges to their feelings of superiority, surrounding themselves with sycophants, instead. People with NPD actually like the challenge of changing the minds of, or bullying into acquiescence, those with opposing views.

Grandiosity to the point of fantasy. Delusions of grandeur.

Seeking the perfect fantasy love. Usually over and over.

Troubled relationships, both personal and at work.

A deep need for excessive attention and admiration.

Have an unwillingness or inability to recognize the needs and feelings of others.

Malignant narcissists in, addition to the above symptoms, also exhibit:

Pay attention early in any relationship to these signs and symptoms. If you see the symptoms, or begin to doubt your own sanity, get out. NPD can be treated, as can the other mental health disorders that mimic it or exhibit some similar symptoms. However, you can’t be their therapist, or the one to change them. That takes a professional, and often years of therapy.

If you suspect the person is a malignant narcissist, run, don’t walk. To date, there is no clinically proven treatment for those with the worst of the NPD symptoms combined with sadism, no empathy, and propensity to break the law.

When you sign up using this link, we’ll send you tips on how to unlock your hidden treasure of potential.