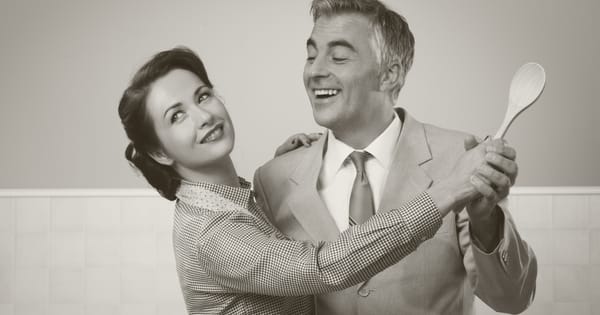 Things are different—Match.com has just released its eighth annual Singles in America study, which describes the evolving rules of dating.[1]  Gadoua and Larson wrote a book, The New ‘I Do,’ describing much-needed alternatives to the one-size-fits-all traditional marriage agreement.[2]  This traditional view has morphed into more fluid ideas about dating, cohabitating, and marriage.  Neither dating nor marriage are now dictated by hard and fast rules—young men and women are making it up as they go along.  Young people now, “hang out,” have “friends with benefits,” or go on a ‘’first date.”   “The New ‘I Do,’ describes the different ways in which couples can say “I Do”—starter marriage, companionship marriage, parenting marriage, covenant marriage, and cohabiting, among others.

The changing patterns of dating and marriage are well documented.  What is not as well described is how the nature of the interpersonal relationship between romantic partners has changed.  The interpersonal relationship between romantic partners is about how you ask for what you want, how you resolve differences, how you avoid conflict, how you express your feelings toward one another, how you ask someone out on a date, how you express a concern or complaint, etc. etc. etc.  Each “how to…something” interaction between a couple has two features: a content feature and a process feature. “Content” refers to the specific issue at hand—you want sex, a date, help with the dishes, etc. “Process” refers to what is happening between you interpersonally as you speak about what you want—the dynamics of your interpersonal relationship. This distinction is important because it is the dynamics of a relationship that determines the felt quality of the relationship. The felt quality is what is unique to a specific relationship.

How Have We Been Interacting?

Interacting with one another in traditional dating and marriage relationships has been driven by acting out your ingrained views of masculinity and femininity. You have been “doing gender” in dating and marriage without even knowing it.  The traditional dynamic is each individual man and woman conforming to the socially prescribed roles of the masculine-husband and feminine-wife or masculine-boyfriend and feminine-girlfriend in dating relationships.  In this type of relationship, what men and women want and how they go about getting it dictated by gender.  To not conform to these gender expectations and roles is to be deviant, i.e. less masculine and less feminine.

Young people searching for newer ways to interact with each other turned to the professionals (e.g., psychologist, social workers, marital advisors) to find a new way to manage the “how to…something.”  The dynamic that has been proposed by these authorities is based on the idea of a transaction. The notion of transaction comes from the business world. Applied to marriage and dating means the partners do things for each other with the expectation of reciprocation. For example, in marriage, a husband “helps” out with vacuuming the house and his wife, in turn, takes out the trash—this is the “exchange”—is viewed as the fair way to manage the relationship. In dating, a transaction would be, “I’ll pay for this date, (if) you pay the next time.”

The dynamic in such a transaction is also based on the notion that what we want from each other is expressed as “I need.”  Dating and marriage have become the way we get our own, individual needs met.  The basic idea is “You satisfy my needs, I satisfy yours.”  This approach weds the transactional/reciprocal nature of the relationship with the idea that human beings are motivated mostly, if not entirely, by their own self-interests. However, fulfilling each other’s needs in a transactional manner has toxic effects on a relationship:

A New Dynamic for Dating and Marriage—Negotiating Collaboratively

The dynamic in traditional relationships—conforming to socially prescribed gender role—fosters unfairness in marriage because of the power differential inherent in gender. The dynamics of post-traditional dating and marriage is based on and promotes the self-interest of the individuals to the detriment of being a couple. The promotion of self-interest as the underpinning of a relationship is obviously flawed (“If you don’t satisfy my self-identified needs, I will find someone who will”).  We need a new vision of how dating and marriage relationships can flourish—a relationship where interactions are not dictated by gender, not viewed as reciprocal transactions, and not driven solely by self-interest.

In my work with couples, I promote negotiating the things that are important for each partner to flourish in life—fundamental wishes and wants—in a collaborative manner.  The approach requires that partners in a relationship maintain a simultaneous perspective of themselves both as individuals and as a couple; they must have a sense of “being in this together” while also having individual life plans.[5] Wants and desires that flow from individual life plans are not “entitlements” (needs) that must be fulfilled. Wants or preferences are things that you value but are willing to negotiate, in good faith, with your dating partner, cohabiting partner, or spouse.

Collaborative negotiation is not the kind of “tit for tat” negotiation one sees in business in which each partner gives to the other only if he/she gets something in return.  Collaboratively negotiating means each partner values the other in the same way he/she values self; neither partner seeks to “privilege” his/her wants and desires over the other’s (e.g. because of gender or superior wage); each partner is aware of the impact of his/her actions on the other; and the couple develops a strategy for negotiating wants and desires that honors each partner by creating win-win approaches to questions, issues, concerns, and complaints.

Focus on How You Are Interacting With One Another

Dating is about two people exploring how the dynamics of working together for social interaction, i.e. the enjoyment and satisfaction of being together, whatever form this takes.  It can also provide the best opportunity for you to find the person you want to spend your life with. A committed marriage is a lifelong partnership that links two people around their most fundamental wishes and wants. A marriage organized around collaborative negotiation allows you to flourish as individuals and as a couple.

Dating and Marriage will continue to evolve—there really is no “ideal” type of dating or marriage.  This is good…. but it may be harder.  Pay attention—be aware of how you and your partner are actually interacting with one another.  Do you interactions support you both as individuals while at the same time enhancing your relationship?  It is worth the effort to make this kind of commitment to your relationship—dating, cohabiting, or marriage!

Facebook26Tweet1PinEmailShares27
wpDiscuz
Share this ArticleLike this article? Email it to a friend!
Email sent!