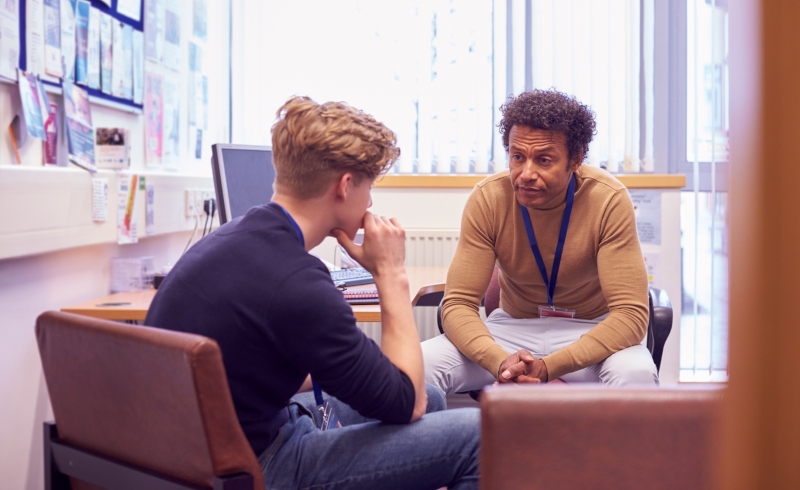 If you are noticing a growing trend of men with a moustache, it’s totally normal. It’s ‘Movember’ aka the annual event for when men around the world grow a moustache to raise awareness on health issues such as suicide prevention, prostate cancer, testicular cancer, amongst others. The Movember Foundation was first introduced in 2003 by Travis Garone and Luke Slattery and rapidly turned into a global movement, raising over $700 million USD up to this day to fund various men’s health projects. Despite the efforts, men are still facing a crisis.

The World Health Organization (WHO) and the Global Burden of Disease have estimated that every year, approximately 800,000 people die from suicide on a global scale. That’s one person every 40 seconds. Suicide, however, is more common in men than women across all countries. In fact, suicide rates in men are just over twice as high as for women, especially for men under 45 years old. Yet men are still less likely than women to discuss or seek treatment for mental health issues. Only 1 in 4 will speak to a mental health professional.

With the number of male suicides rapidly increasing, silence is no longer an option, especially when these men are our brothers, fathers, sons, partners, and so on.

Our society is based on the gender stereotype that men have to remain strong, tough and brave at all times, also known as ‘toxic masculinity’. ‘Big boys don’t cry’ and if they do, they are labeled as weak or oversensitive. They are told to ‘man up’, to keep things internalized and men feel a constant pressure to always be in control of their emotions. Unfortunately, this results in them feeling ashamed of showing any sign of weakness. Men start hiding how they truly feel and suffer in silence. They forget to cry, to be emotional or to be vulnerable and oftentimes, their ‘cry for help’ can be misinterpreted as them being aggressive. As a coping mechanism, men sometimes turn to drugs or other substances to hide their emotions.

Research has proved that there is a strong connection between men unable to achieve the ideal stereotypical male features and suicidal thoughts. For far too long, we, as a community, have been ignoring these stigmas surrounding men and their mental health, forgetting that men too suffer from depression, anxiety, or have suicidal thoughts. Sometimes we are even responsible for perpetuating the stigma by making them feel wrong or shaming them when opening up and demonstrating their feelings. These stigmas can have a tremendous impact on men and prevent them from getting the help they need to heal.

Up until 60 years ago and in certain parts of the world such as the UK, committing suicide was still considered a crime. Today, suicide is still seen as something that is out of the norm. People are still overlooked for experiencing sad and depressive thoughts and because society thinks this way, it stops us from being able to openly talk about it. By staying silent, suicide remains ingrained in this stigma, which then gets magnified and perpetuated.

So how can we, as a society, change the stigma surrounding men’s mental health? Regardless of gender, here are a few steps to follow to end the stigma around men and mental health:

2. Choose your words carefully: let’s reconsider the expectations we hold of men whenever they choose to be more vulnerable. Men often feel embarrassed when discussing mental health. Prove them otherwise: speaking up is something to be proud of and it takes balls!
3. Open conversation: Normalize discussions about mental health. Asking the men in your lives how they are doing and having those uncomfortable conversations is a great first step.
4. Stay alert: Watch out for signs and symptoms in their behavior
5. Show support: People who battle with anxiety and depression often feel lonely, isolated, and misunderstood. If you know someone around you that is struggling, the best thing you can do is be empathetic. Listen to them without judgment, offer your support, and encourage them to talk to a mental health professional.
6. Educate yourself & spread awareness: everyone should take part in making mental health mainstream. Encourage and support men to be more open and vulnerable when needed.

If you or someone in your entourage is experiencing anxiety or suicidal thoughts, get help now: call the National Suicide Prevention Lifeline at 1–800–273-TALK (8255) or get in touch with the Befrienders global foundation.