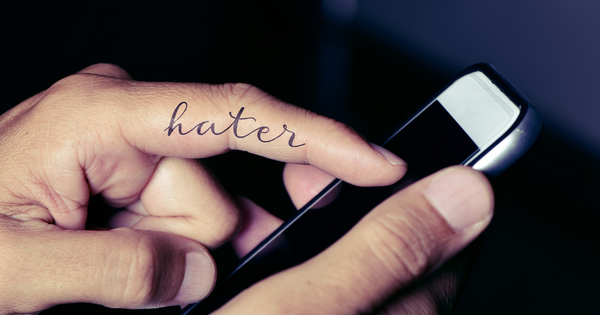 From Delhi’s JNU to Sabarimala to Twitter’s stand on Brahminical Patriarchy, there are moments where individual opinions transformed into a sadistic and organized form of lashings both on and off the field. The world has now become a place where we find excuses to hate another person with whom we have no reasonable contact. This “organized hate” is now popular in every sphere of life, from the corporate world to politics, to mainstream and social media.

As individuals we tend to deal appreciation with a lighter heart as in most cases, we anticipate it coming. But not with criticism– and the word criticism has lost its art form of giving an unbiased opinion of one thing/event/person/agenda. It has transformed into hate and hate can be catastrophic.

Hate through “trolls” is now the current form of criticism and part of the problem is that people accept that it is a part of the process of public life. Supporters dare not raise a voice for them for there is a greater possibility of getting trolled themselves.

I do not personally believe that social platforms can bring the so-called “change” that the world desires, for the desire itself is a reflection of the incapability of those in power. Technology should only be a tool, it should not take over. Observing the use of the platforms in the recent times, the people who are the users of this platform get to decide what should be their meal for the day, and reject the truth that has to share the spotlight with sheer ignorance.

Twitter, Instagram and Facebook, according to my experience and knowledge, happen to be the platforms that almost unite all the social media consumers of this decade (even though there are some other platforms that do not stir communal violence as the above three do). There is no denying that there are anonymous users who spread hate, violence and pessimism in the real life on a daily basis and as the social platforms are the extension of this; these goons appear in there as well, with an add-on, an unknown identity.

In some cases, they may happen to be “regular” people just like the rest of us, and the hate they pose may be due to the emotional and psychological stress they receive from their environment. The critical problem is that there are people in the name of content providers, who use tags stating what they put out is just for fun and they really don’t mean to hurt anybody, while posting stuff that in reality showcase how regressive their beliefs are, how insecure they are. The interesting part to note is that these platforms provide immense support to those who want to spread hate and we have already come across how social platforms help to create chaos in society ( telegram, Whatsapp for example).

Just like there are mobsters who work on the field, there happens to be an even greater proportion of people who constantly keep their propaganda around the web.  The anonymity and the discretion of one’s identity provide every social media platform a comfortable environment to give them the liberty to do whatever they want and this explains why only a handful of these hatemongers actually step out in the real field.

Like I mentioned this constructed hate grows exponentially because of the number of general consumers who support these posts and even spread the word, creating a chain of users who have no idea of the outcome. If the victim is a woman, the situation gets even easier. The misinterpretation of feminism, the notion that women are let loose these days, their physical appearance, the dress they wear, the time they come out, their work schedule, their acquaintances, their identities, their comments, their stands, their beliefs are continuously hammered by hate in the form of memes, comments are slur words with one intention – to demoralize the person and make them quit what they were doing.

There is the undeniable need to enforce accountability and policies that regulate the use of language on these platforms, because one should never forget, that this organized lashings in social media won’t take much time to happen in actual society.

Previously Published on The Bolshevik’s Perspective

Currently pursuing my Undergraduate degree in Coimbatore, India. Having done a couple of internships with other startups, I am looking to dive into the mainstream media and provide my articulated thoughts.

Facebook20TweetPin1EmailShares21
wpDiscuz
Share this ArticleLike this article? Email it to a friend!
Email sent!