B.K. Mullen is done. He’s had enough. Now he is going to tell his addiction why.

First of all, I want you to know I’ve always loved you, and I cherish our time together. You’ve helped me out on seemingly countless ocasions from my teen years and well into parenthood. But now its time to say goodbye.

I’ve been working on this letter for quite a while. In fact, according to the date on my first draft of this, I started writing it 345 days ago. It’s hard to say goodbye to someone who has been there for you so many times. Late nights having a blast, early mornings on the way to school or work. Even in the middle of the day for a little pick-me-up. You have been there for so much.

Remember all the trips down to the city to visit my brother? Oh man…..wild stuff. The trips to Connecticut too, keeping me awake for the most boring 6 hour drives ever. You were there in Italy, New York, South Carolina, that time in Delaware and even San Francisco. We’ve been places, we’ve seen things. We’ve met people and experienced much.

But most importantly, you were there for the two biggest days of my life. You were there when I married my Wife, and you were there on the day our daughter was born. The latter was especially a helpful instance.

All this and you wonder….why leave then? Why abandon the one thing that has always been there when you needed it? Well, that answer is both obvious and unfortunate.

See over all that time, even the good times, I realized something that I can’t ignore. I’m addicted.

You aren’t a drug, technically speaking, but you certainly act like one when you’re in my body. Every time I have one I need another a few hours later. NEED IT. Like the rest of my day depends on it. Then after I go into a binge of 2 or 3 a day for a week or so, you have no effect on me anymore and I have to purge my system. And when I purge I go through this horrible withdrawl that lasts a few days. I start chugging water to “clean out” and re-hydrate. After I’ve pissed out all the nasty stuff I start feeling the effects.

Day 1: Appetite drops. Maybe I’ll eat dinner, but certainly not breakfast. By the end of the day my headache sets in.

Day 2: The headache is now a constant. It’s throbs every once in a while and by the middle of today will envelop my whole head. I’ve also started feeling sick to my stomach. Its probably cause I haven’t eaten much, but my mouth tastes disguisting now no matter how may times I brush my teeth and I have no drive to actually eat anything till dinner. The depression is here too by the way, making me grumpy and trying to convince me to just drink another one and feel better.

Day 3: The headache is still there. It’ll be better by this evening, especially after I eat a light lunch and then dinner. Still mega grumpy, still pushing my water and still thinking about 20oz of magical elixer contained in a beautiful blue and silver can. The two red characters on the front like a pair of sexy lips enticing me further.

Day 4: Eating is easier now. Headache is better. Cravings are less. Still want another but it’s less now, especially considering my misery over the past couple of days. Is it really worth all this?

Day 5: Feeling back to normal. Headache is almost gone now and I’m back to eating throughout the day. I’ve spent this whole week not going near convenience stores to avoid temptation. I promise myself never to do this again.

Yeah that happens a bunch, promising myself never to do it again. That it’ll be better for me and my family. But every so often I feel the need again. I feel not only the urge but also the knowlege that you could help me through whatever is challenge is coming up. Especially on those late nights.

It’s been fun, but it’s over. Perhaps we’ll see each other again one day, but for now, I can’t stand you anymore.

Originally appeared on Dad on the Mic.

B.K. Mullen is a podcaster, blogger, SAHD and author of "The Fatherhood Chronicles" on Kindle. He contributes for The Good Men Project, Life of Dad, Happy Family, and The National At-Home Dad Network as well as his own sites Dad On The Mic and The Poppin' Bottles Dad-Cast. 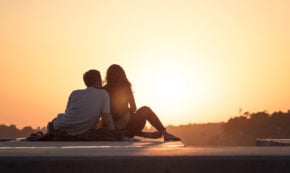 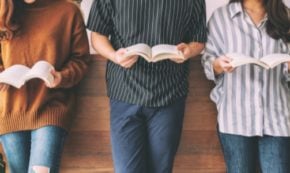