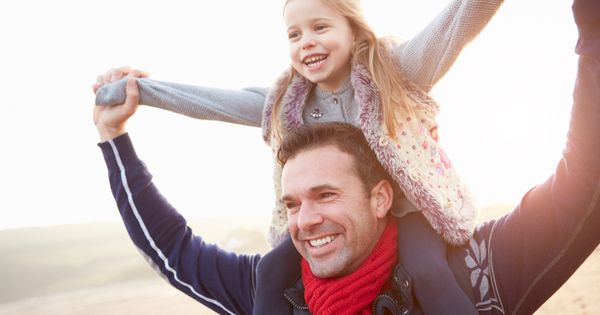 In her latest book, Dads for Daughters, author Michelle Travis lays out a persuasive and comprehensive action plan for all dads on how they can transform their world, their daughters’ world, and the world at large by starting to stand up for and by their daughters. Part one of my recent conversation with her about the book and its important and essential message is below.

JMA: What would you say was your inspiration for writing your latest book, Dads for Daughters?

MT: After researching gender equality as a law professor for many years, I had two rather unsurprising revelations. The first is that legal tools are necessary but not sufficient for achieving women’s equality. The second is that we need more men involved if we’re going to accelerate progress. In thinking about how to engage men in gender equality efforts, I watched the effect that my two daughters had on my husband, by fueling a far greater sense of urgency to level the playing field for girls and women. I quickly discovered that this was not a unique phenomenon.

When men have a daughter—particularly a firstborn daughter—they tend to become more supportive of anti-discrimination laws, equal pay policies, and sexual harassment enforcement. Even more exciting, I learned that these tendencies are having meaningful effects.

These studies got me imagining the progress we could make if women invited all dads of daughters to actively participate in creating a better world for our next generation of girls. That’s what lead to my book, Dads For Daughters, which is both a celebration of male allyship and a resource for men and women to partner together to accomplish even more.

JMA: The prevailing premise of your book is that dads with daughters are “well-positioned” to take on gender bias and inequality wherever they encounter it in the world. Can you briefly explain why you believe this?

MT: Of course, having a daughter is neither necessary nor sufficient for becoming an effective male ally. All men have a stake in gender equality, and many men are powerful advocates without having daughters. But being the dad of a daughter can increase a man’s capacity to become a highly effective leader in advancing women’s rights.

This is because being the dad of a daughter can give men what social scientists call “standing to speak.” Men sometimes hesitate to become vocal supporters of gender equality because they don’t feel that it’s their place to speak up or they’re concerned about negative reactions. Unfortunately, these concerns can be well-founded. Researchers have discovered that when people advocate for a position that appears to be at odds with their own self-interest, others often react with surprise, anger, and resentment. These reactions are reduced, however, if the speaker identifies a vested interest in the outcome.

For men, this means that explicitly invoking your status as the father of a daughter can validate your participation in women’s advancement. It offers an understandable basis for a man’s support of women’s equality. This enables dads of daughters to be influential advocates by allowing others to move beyond their skepticism and listen with an open mind.

Of course, this only works when men are genuinely interested in doing the work that’s required to advance women’s equality—by learning, engaging, and taking action. But when a man’s relationship with his daughter provides an authentic motivation for supporting gender equality, that can empower him to be an effective catalyst for change.

JMA: You state in one of the early chapters of the book that the biggest barrier to male allyship on gender equality is fear. What do you mean by that?

Many men were concerned about making mistakes, inadvertently offending someone, or having their relationship with women colleagues’ misperceived—concerns that unfortunately have increased in the wake of #MeToo. Other men were worried about disapproval from their male colleagues, who might view them as less masculine for advocating on women’s behalf. Some men also feared that advancing women’s leadership might reduce their own opportunities.

Given these barriers to men’s involvement in gender equality initiatives, dads of daughters have a great opportunity to have an impact. Because of their unique position to speak credibly in support of women’s advancement, fathers of daughters can validate men’s participation in gender equality work. Men tend to listen to other men, which makes dads of daughters particularly effective at recruiting other male allies into action. They can also be influential voices about the business case for gender balance, which can reduce the zero-sum perception of women’s advancement. The fears that are creating barriers to male allyship should also provide insight for women about the importance of inviting men into our conversations.

JMA: One of the central points of your book is that gender equality isn’t just good for women but for men as well. Can you give one or two examples that illustrate this point?

MT: Because having diverse leadership teams in organizations is good for business, everyone gains by advancing gender equality. Gender-balanced companies are more innovative, more responsive to a diverse customer base, more attractive to investors, and more financially successful.

More specifically, when men commit to mentoring, sponsoring, and advocating for women, men learn and grow as a result. Men expand their own perspectives, diversify their networks, and become better colleagues and more informed leaders. Of course, dads of daughters will additionally benefit by making the world a little bit better for their daughters to thrive.

Advancing gender equality also frees up men from limiting gender stereotypes, just as it liberates women. When men and women are viewed as equal parents, for example, men can more easily be engaged fathers and feel less pressure to play solely a breadwinner role. Breaking down gender stereotypes and rigid role expectations can also permit men to more freely express emotions without getting harshly policed, including compassion, caring, and vulnerability—feelings that many dads report when sharing their relationships with their daughters.

FacebookTweetPinEmailShares110
wpDiscuz
0
0
Would love your thoughts, please comment.x
()
x
| Reply
Share this ArticleLike this article? Email it to a friend!
Email sent!