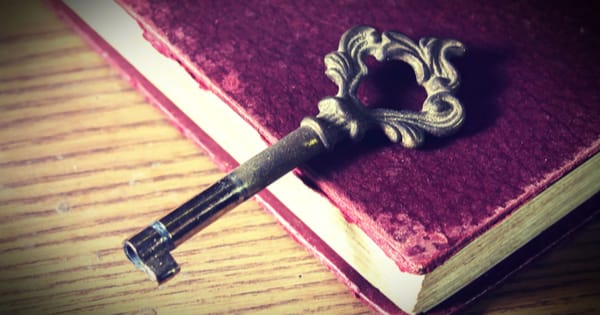 I keep a diary of my life from day to day, and it never leaves the room in which it is written. I shall show it to you if you come with me.

I fear the day of the secret diary is gone forever. The clandestine manuscript of many a curious or confused youth, the artistic confidante of the reflective adult, is as outdated as the rotary phone. The diary has been replaced by the blog, public by design,  available to anyone roaming the Internet ether.

As perpetuated by Facebook, Twitter, Pinterest, Instagram, and various other social media portals, the idea of keeping one’s thoughts and feelings and photos to oneself is not only inconceivable but downright dangerous to the social order. Who in their right mind would not want a legion of friends and followers, even if they are unknown digital beings?  Or enjoy a steady dose of affirmation and validation in the form or clicks and hits and pokes to the virtual ribs. Attention is no longer craved but demanded, and while love once meant never having to say you’re sorry, perhaps now it’s never having to affix an Emoticon at the end of a Tweet.

Which brings me to The Picture of Dorian Gray, Oscar Wilde’s great tale of a fashionable young man who sells his soul for eternal youth and beauty. His most popular work (the only novel he ever wrote), it gave a new vernacular to vanity, depth to delusion, and allegory to aestheticism. If George Orwell’s 1984 foretold a now-realized future where nothing one does goes unseen or unheard (Youtube = Big Brother), Wilde’s tome, first published in 1891, presaged the current obsession with self: a systemic narcissism not reflected in a painting on a wall, but a “selfie” inside a smartphone. Here’s what Jason Kurtz, a psychoanalyst and author of a new memoir, Follow The Joy, says about this connection:

The Picture of Dorian Gray is a fitting parallel to today’s social media world. Dorian, the protagonist, is universally envied for his physical beauty, yet on the inside he is miserable, misunderstood and lonely. Dorian’s attempt to hide his inner isolation with a projection of outer beauty mirrors many of the clients I work with. They see multitudes on Facebook who, like Dorian, appear to be living a charmed, happy life, and they strive to post positive images of themselves in the hopes that this will be satisfying.  Unfortunately, impressing others with a facade is no path to happiness, and in fact, leaves us feeling ever more isolated and alone.

It is impossible to know whether Wilde, if around today, would partake in the current social media frenzy. Certainly he had the chops—seemingly born to churn out humorous quips under Twitter’s 144 character ceiling. But I imagine the rebellious, non-conforming Wilde would have seen social media as the new oppressor, the bully on the block telling everyone how to look and act and feel.

As Kurtz concludes, “The Picture of Dorian Gray depicts the idea that social norms are silly at best, and at worst leads those who follow them to pain, isolation, and misunderstanding…this is what his book is about—as long as we feel compelled to appear in public a certain way, we are miserable slaves.”

In a way, Dorian Gray is a warning: while we have made great gains as a society to break down prejudices that once forced so many people to suppress their true selves, we must hold onto our ability to not only keep secrets but to value them.

Facebook83Tweet2Pin1EmailShares86
wpDiscuz
Share this ArticleLike this article? Email it to a friend!
Email sent!