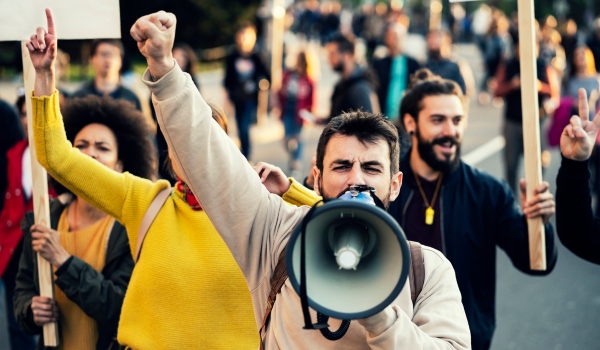 The Indonesian government has blocked internet access as they deployed security forces to its easternmost provinces following days of violent protests there. Papuans took to the streets following arrests and racist treatments of Papuan students over the weekend in East Java.

This is the second time in 2019 the Indonesian government blocked internet access as a response to political events.

In May 2019, the government also limited internet access after protests contesting the presidential election results led to riots on the streets of Jakarta. They gave the same explanation: to prevent the spread of hoaxes.

The blocking of internet access in Papua sets a bad precedent for Indonesia, a democratic nation with the highest freedom index in Southeast Asia.

By shutting down access to means of online communication, not only has the government disregarded the right of Papuans to freely express themselves and inform the entire country about the events happening in their region, but also the right of all Indonesian citizens to know what’s happening on the ground.

The internet and democracy in Papua

Papua region in Indonesia comprising of two provinces, Papua and West Papua, is a restricted area for foreign journalists. The government requires foreign media to go through complicated administrative procedures to obtain permits to go there.

The government has, for a long time, been limiting information access from Papua to suppress separatist movements fighting for independence from Indonesia. These separatist movements in Papua emerged as a response to discontent regarding a 1969 referendum that decided Papua would be part of Indonesia. Even though the referendum took place under the supervision of the United Nations, only 1,022 delegations from Papua were involved, handpicked by authorities in Jakarta.

Papuans have endured marginalisation, a series of military operations that paid no regard to human rights, and exploitation of Papua’s rich natural resource.

When media freedom is limited, social media and the internet plays a role in helping journalists find a diverse source of information. They can get information not only from authorities but also from local residents.

Clay Shirky, a professor of media studies in New York University, wrote in his article The Political Power of Social Media, that social platforms can strengthen democracy as they provide a channel for citizens to share information and create what’s called a shared awareness.

This shared awareness is important to help society become aware of the problems that they encounter around them. With this understanding and awareness, an issue can evolve to become an agenda for public discussion.

In the context of Papua, without the internet, it would be difficult for a group of people that experience injustice and discrimination to tell their stories to foster the much-needed awareness of these injustices.

Because of this, limitations on internet access should be regarded as an attack on democracy.

German philosopher Jurgen Habermas once said that democracy could only be kept alive if the public can freely deliberate their problems and experiences in the public sphere.

A research by media scholar Chang Sup Park from the University at Albany, United States, on online speech in South Korea and the United States shows that a culture of democracy grows best in environments that promote the free expression of its citizens.

The impact of the internet block in Papua

Papua’s already fragile democracy due to the various violent incidents and violations of human rights is left at the brink of collapse the moment the government shut down internet access there.

A number of parties have protested against the government’s decision. One of them is the South East Asia Freedom of Expression Network (SAFEnet).

SAFEnet director Damar Juniarto stressed that the limited internet access had rendered citizens living outside of Papua unable to find the truth on what is happening on the ground.

They cannot check on the safety of their relatives living in Papua, or verify dubious rumours.

A darkness that helps none and hurts all

Some groups defend the government’s decision. They argue that to prevent the spread of misinformation in social media that can potentially incite further violence the internet block was needed.

They say that the internet block by the government during the May 22 riots was warranted, as it aims to protect the public from even more riots that might arise from fake news circulating on social media.

President Jokowi also justified the internet shutdown in Papua, saying that the decision was made in the interests of national security.

However, we must remain vigilant that there is an even larger threat: a direct attack on free speech as a vital pillar of democracy.

Those under threat are not only Papuans but also all Indonesians. The media cannot access information from the region, so the ability of journalists and citizens to share information is pretty much crippled.

The threat to the rights of civilians in Papua and other regions to gain information and express their opinion damages the hard-won democracy in Indonesia that we have built together for so long.

This post was previously published on [Website Name] and is republished here under a Creative Commons license CC BY-ND 4.0.
—

This post was previously published on [Website Name] and is republished here with permission from the author.

Facebook133Tweet7PinEmailShares140
wpDiscuz
Share this ArticleLike this article? Email it to a friend!
Email sent!