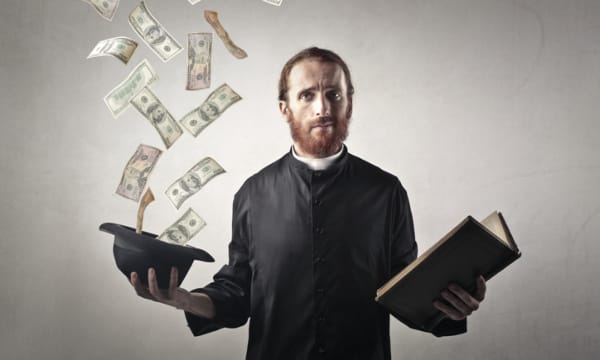 It appears as though Christians are having a bit of a rough go of it at present. The number of people identifying as Christian has fallen precipitously over the past 10 years. According to a new report from the Pew Research Center, 65% of U.S. adults identify as Christian—which is a drop of 12% over the last decade. But, one might be inclined to interject, “Yeah, but the trend has been headed downward for a long time. What’s different now?”

Two interesting things from the study leaped out at me: 1) Among Millennials (those born between 1981–1996), those who identify as Christian is now below 50%, while 40% express no religious affiliation—a sixteen point drop among Millennial Christians, and a thirteen point rise in Millennial “Nones”; and 2) Protestant Christianity, as a share of U.S. population, is shrinking:

Historically, evangelicalism has believed itself immune from the decline of the faithful and the rise of the “nones,” attributing any decline to some horrific bouillabaisse of encroaching secular humanism and the natural culmination of increasingly liberal mainline Protestantism and its embrace of abortion and equal rights for LGBTQ people. Well into the 2010s evangelicals continued to crow about the decline of mainline Protestant denominations:

We told you liberalism was going to kill the church. Now, you’re just reaping the whirlwind of all the godlessness you’ve sown. Neener-neener!

But here’s the question this new study brings into focus: What if the reason that the youngest generations are falling all over themselves to find the exits to Christianity isn’t because liberals don’t hate gay people enough, but because young people have stared into the abyss of evangelicalism and seen the dead-eyed gaze of Franklin Graham, Pat Robertson, Jerry Falwell Jr., and Robert Jeffress staring back at them? 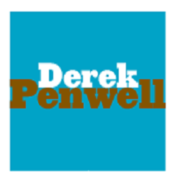 What if Millennials and their younger siblings have fixed a gimlet eye on the faith of their elders and seen only the cynical religious fealty of the four horsemen of the Trumpocalypse, who are perennial homecoming kings at a high school nobody wants to attend because the principal cares about nothing so much as recruiting new hall monitors?

Maybe it’s not that young people have been hopelessly corrupted by malevolent liberal arts professors, but that when those young people have witnessed Christianity in our culture what they’ve seen has nothing to do with Jesus and everything to do with the faith of their parents and grandparents, which seems to revolve around personal spiritual self-improvement and a few hot-button issues about which Jesus had literally nothing to say.

Maybe these “Nones” walk away from institutional religion shaking their heads because from early on they’ve been taught to sing “Jesus Loves the Little Children,” but when they turn on the news they see their devout choir directors rationalizing the warehousing of asylum-seeking children and families in cages and the neon “No Vacancy” sign for refugees fleeing violence and poverty.

The religiously disaffected see their social media feeds packed with videos of frightened African Americans pleading not to be beaten or killed by the people who’re supposed to protect them, or angry white folks dropping dime on people of color for having the temerity to barbecue in public—and when they look for some moral outrage from the most conspicuously pious, their search for moral courage among the faithful is met with silence.

One wonders whether the general lack of religious enthusiasm among the ecclesiastical “Meh generation” has to do with their perception that things like the bullying of LGBTQ youth, the climate crisis, houselessness, women’s inequality, or the lack of affordable healthcare are viewed as matters of indifference to the people who are supposed to represent the values of the divine—and instead become aware that what God’s special agents obsess over is adolescents not having sex with the wrong people.

All of which leads me to wonder about the nature of conversion. Evangelicalism has as one of its organizing principles the responsibility of believers to convert the lost. Evangelism on this reading isn’t merely the act of spreading the good news, but of seeking to transform the status of those who would be otherwise consigned to eternal damnation.

After reading the Pew Forum report, it appears as though evangelicals are converting young people at an impressive rate after all. Unfortunately, what they’re converting them too apparently … is anything other than Christianity.

This post was previously published on DerekPenwell.net and is republished here with permission from the author.

Facebook152Tweet5PinEmailShares157
wpDiscuz
Share this ArticleLike this article? Email it to a friend!
Email sent!