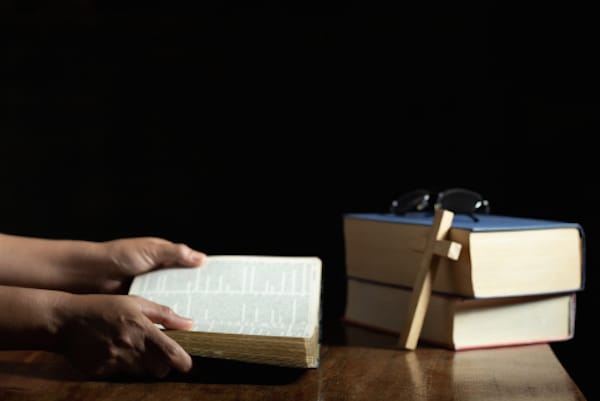 According to a Politico article, the thing that finally has white evangelicals fussing with their Pat Robertson-approved purity corsets is Donald Trump’s potty mouth. Apparently, things are reaching a breaking point for some conservative Christians, due to the president’s penchant for saying naughty words. In particular, the president’s use of “goddamn” may finally be a bridge too far for some of his most enthusiastic supporters.

It seems that in the wake of the president’s now-infamous speech in Greenville, North Carolina last month (the one in which he stood silently for thirteen seconds while the crowd shouted of Rep. Ilhan Omar, “Send her back!”), some conservative Christians are having second thoughts about the president’s ability to carry the standard of Christ into battle with the godless hordes. What was less reported on than the racist chant, but what has really raised the ire of some white evangelicals, is the president’s use of the “Lord’s name in vain” … twice.

So outraged were some constituents in State Senator Paul Hardesty’s district, a conservative Democrat from West Virginia, that they reportedly said to him: “You know I voted for [Trump], but if he doesn’t tone down the rhetoric, I might just stay home this time.”

We should not let the moment go unremarked that what has finally caused some white evangelicals to begin to question the narrative of Donald-Trump-as-God’s-choice-for-captain-of-the-football-team has very little to do with his manifest racism, or his equally vulgar remarks about sexually assaulting women, or his egregiously cruel treatment of Latinx people, or his self-dealing desire to give the rich in this country ever fatter camels to squeeze through the eye of the needle, or his stirring the pot of antipathy toward Muslims, or his intransigent refusal to see refugees and asylum seekers as human beings in need, or his dogged resolve to rob huge swaths of the vulnerable of their healthcare, or his willingness to allow corporations to despoil land, sea, or air in pursuit of higher corporate profits and larger executive bonuses, or his conspicuously pathetic narcissism. No. None of these things were deal-breakers for these most publicly pious believers. What’s really got white evangelicals putting a death grip on their pocket Ten Commandments is the president’s indecorous use of swears.

Until recently, it never would have occurred to me that it would be possible for people to go home from church on Sunday—where presumably the Jesus of the Gospels is at the center of worship—turn on their televisions, and see Hispanic children torn from their families and locked in glorified dog kennels, deprived of basic human necessities … then conclude without any trace of irony that the Jesus they’d just got done hearing about from the praise team and the hipster pastor in a Hawaiian shirt and jeans—would obviously side with America’s Caesar and his temple lackeys against vulnerable people in a strange land.

But here we are. It is now possible in large sections of Christianity to feel oppressed by powerful satanic forces vying to rain down imagined persecution on a perpetually aggrieved faithful, while simultaneously offering servile obeisance to the powers and principalities who rain down actual persecution on people of color, feminists, LGBTQ+ people, Muslims, refugees, children, and the impoverished. It is a damning indictment of Christianity that according to white evangelicals, one can now unashamedly serve Caesar … as long as Caesar covers himself with the thinnest patina of patriotic Jesus-y-ness, wearing the belt of anti-Christian conspiracy, the breastplate of anti-abortion politics, the shield of patriarchy, the helmet of barely disguised white nationalism, and the sword of anti-LGBTQ+ policies.

What’s your take? Comment below or write a response and submit to us your own point of view or reaction on our submissions portal.

Facebook46Tweet1PinEmailShares47
wpDiscuz
Share this ArticleLike this article? Email it to a friend!
Email sent!