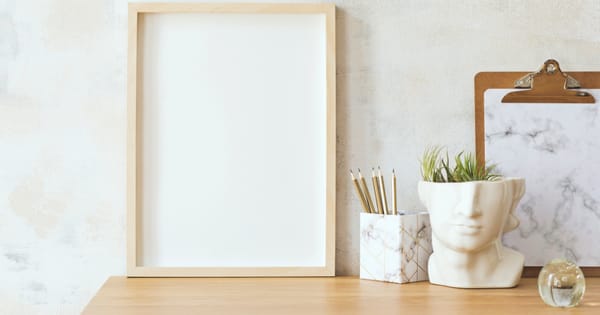 Some of you may have read this internet article on a critique of Minimalism.  It’s worth the read, but if you don’t want to, here is my summary.  The point is that only those who can afford to be minimalists can do so voluntarily.

A second related point of the article is that we tend to turn everything, even minimalism, into a product to buy. There are additional cheap shots at décor and design, as well as straw man arguments of people who shop at IKEA.

First, the points I agree on, then my critique of the critique.  OK.  I’d say the author has a valid point, though it tends to be a bit whiny for my taste.  I mean it’s ok for me to whine, but not others.

There is validity to a choice to pursue a more minimalist lifestyle is one that those who have can choose.  If you are poor, then you are already a minimalist, and that stinks.  Only rich white guys get the joy and freedom of simplicity.

So goes the argument.  There is some merit to this argument.

For me personally, I have a comfortable middle-class life, with a respectable income.  Actually, by global standards, it’s outrageously excessive.  My friends in Honduras make less than 10% of what I make in a year.

My comfortable North American US lifestyle affords me many choices that others don’t have.  I can choose to live a life where I spend less on junk, save more for the future and be outrageously generous.  Yes, I’m also white, and not only male, but I’m 6’7”

All these things place me in a position of great power in this society.  With that comes the freedom of choice.  Not everyone has that freedom – I get that.

The other valid point is the commodification of, well just about everything in our society, even minimalism.  Yes, this is true.  In the words of Andrew Carnegie, “The business of America is business.” (I think it was Carnegie maybe Rockefeller)

We are a consumer-driven culture.  The people who have championed minimalism have written books, gone on tours, made films.  Those activities are the same activities of everything from U2 rock tours to the latest business seminar or product.  In addition, those of us who are moving along this minimalism path have purchased books, subscribed to Netflix to watch a documentary.

So, yes, even minimalism can be co-opted by the very economic cultural bubble it is challenging.

Now let’s push back on this article as well as other patterns I’m observing.

The clearest point I want to make is best captured in the phrase, “no good deed goes unpunished.”  Increasingly, the chronic anxiety in our culture is fighting to grab those people and movements attempting to make change and pull them back into the homeostasis of the status quo.  The implication of these critiques is a DE legitimization of the whole endeavor.

We are trending in a direction that says the contributions of Woodrow Wilson, Thomas Jefferson or Martin Luther are discredited because of their flaws.  Do we toss out the Reformation because Luther was clearly anti-Semitic?  (Yes, I intentionally chose three white men to make this point, because I recognize how the merits of my argument could be harder to hear if I had chosen others).

Was Luther also probably a really unpleasant person around the dinner table? Yes.  Was Jefferson a slave owner? Yes.  Did Woodrow Wilson have segregationist views? Yes.  Does that mean they did not also make valuable contributions to further society?

One of our theological convictions in the Lutheran expression of Christianity is that we are both saint & sinner simultaneously.  I’m endeavoring to write an essay here that is intended to move the conversation along in a positive manner.  Am I also a little defensive of the critique of something that is positively impacting my life? You bet.  Both are true.

A second point that needs to be acknowledged is around the topic of minimalism and the wealthy.  Is minimalism for the wealthy?  Yes.

Yes, it is.  We are the ones that most need minimalism.  We in the consumptive US North American are the greatest abusers of greed and its environmental impact.  It’s economic destabilization.  Mostly, of it’s spiritual vacuity.  Was Sigmund Freud right when he wrote his book, “Civilization and it’s Discontents”?  Are we miserable despite having achieved a standard of living that exceeds all of human civilization?

So yes, Minimalism is a legitimate response for those of us in the US Middle Class and Up?  We are the ones who need to hear the message.  My friends in Honduras, they don’t need minimalism –they need economic justice.  You and I buying T-Shirts that are made in San Pedro Sula are not helping them, we are actually empowering an abusive borderline slave labor system in that country.

Finally, a reminder that minimalism is not one thing.  It is not a duality, where you are in or out.  It’s more helpful to think of it as a spectrum.

Yes, some minimalists own 333 things, others don’t own a house and travel the world with only 51 things.  But, others live in Arizona suburbs, with spouses and kids that are not so minimal.  Still others home school their child, and ride a bike everywhere they go in Colorado, including grocery shopping.

I’m on a minimalist journey.  I’m spending less, giving more and saving more.  Do I own a car? Yes.  But, my next one won’t be a brand new, and I’ll try to take the one I have as far as it goes.

Do I own a house?  Well, the bank and I do, and I’m working a plan to rid the bank portion quickly. Do I love books?  Yes, but now I use the local library system for about 90% of those books.  I haven’t bought new clothes since last November, and my goal is to make it through a year before I do so again, and even then what do I need vs want.  How many shirts does a guy need?  My wife and I have decreased our restaurant meals by 80% this year.  We are eating in, enjoying cooking, shopping for local food more.

Why am I doing this?  What’s the real purpose behind it?

Is it because I’m in need of a sense of being morally superior to some people?  Am I looking to justify my judgmental side?  Do I just need another project?  Perhaps those play into this new endeavor.  After all, I like you am a mixed bag of angels and devils.

I’d like to think that my motivations also include a desire to live more consistently into my Christian faith.  Living more simply does give me a clear sense of integrity about being a follower of Jesus.  Richard Foster’s Freedom of Simplicity has helped me here.  In addition, I’m moving along the minimalism path because I am reaching a point in life, at six decades, where I am fatigued of the whole ‘stuff’ thing.

There is just too much crap in life these days.  It’s on TV, it’s on You Tube, it’s in stores.  It’s plastic, it’s cheap and it’s just all clutter.  Is that a midlife thing?  Could be.  Then there is a desire to learn the art of discipline.  I’m finding there is real value in discipline.  When I’m melancholic, and want to buy something, I’m asking new questions.

What’s this about inside me?  What void am I filling?  Why not just live with the melancholy rather than trying to push it away?

Finally, I’m in a reordering of my priorities in life.  What gives me deep pleasure?  It’s increasingly some simple things.  A meal with friends, a bike ride, mowing the lawn or even sitting down to write an essay on minimalism.

END_OF_DOCUMENT_TOKEN_TO_BE_REPLACED

Facebook21TweetPinEmail1Shares22
wpDiscuz
Share this ArticleLike this article? Email it to a friend!
Email sent!