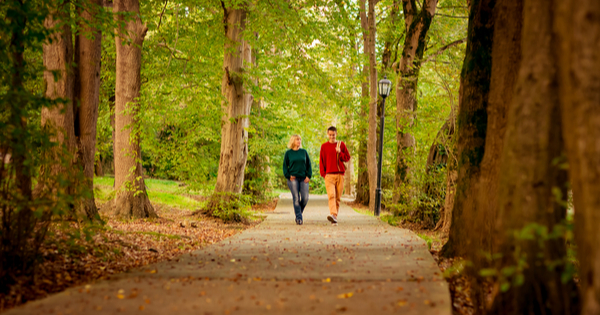 Let everything happen to you.

No feeling is final.

An action, however, can be final.

A year ago, the husband of a dear friend of mine hung himself from the staircase in the family home. In addition to his widow, he left behind three sons, aged 18, 23 and 27.

Over the past year, I have had many conversations with my friend, listening and supporting her as best I can as she struggles to come to terms with his death…trying to accept the unacceptable. I have also had several conversations with each of the boys.

The courage, wisdom, and strength of all of four of them continues to amaze and inspire me…and many other people, as well.

One of the positive things that has come out of our heartfelt conversations over the past year is the formation of what is affectionally called, “The Leo Club,” as in Leo DiCaprio, the Oscar-winning actor and environmental activist.

There are only two members in this club: me and the 18-year-old son. The Leo Club came about because during our first few conversations, we discovered we are both life-long Leo-fans.

We love Leo’s acting. We love his films. We love what he stands for as a human being. We don’t know him personally, but we appreciate the dedication he has to his craft, and we admire how he seems to just keep getting better and better at what he does. We also love how he puts his money and passion towards environmental and animal causes he cares deeply about.

In other words, we both think Leo is a successful person. But the definition of success is very personal; it means different things to different people.

Of course, the purpose of The Leo Club isn’t just to talk about Leo. It’s to talk about life. Leo’s films give us a framework on which to have some powerful conversations about some pretty big topics…far bigger than an 18-year-old should be having to talk about.

But that’s precisely the point. He has to talk about the big stuff…because the biggest male role model in his life took his own life a year ago. His Dad didn’t talk—couldn’t talk—about what he needed to talk about. If there’s one thing we’ve all learned in the wake of his horrific death, it’s that we NEED to be able to talk about—really talk about—what’s bothering us.

Because when we keep our dangerous thoughts, difficult feelings, and unquestioned beliefs bottled up inside, the results can be catastrophic.

One of the Leo movies we discussed was “Blood Diamonds.” In the film, there is a scene where Danny Archer, the character played by Leo, says: “Sometimes I wonder, will God ever forgive us for what we’ve done to each other? Then I look around and I realize…God left this place a long time ago.”

I asked my fellow Leo Club member, over the phone, what he thought of this comment. Did he believe in the existence of a God…or some sort of benevolent entity that cares what happens to us?

He thought about this. “I don’t know,” he said. “I mean, I don’t know how there could be a God…with so much sadness and suffering in the world.”

“I think there’s something bigger going on,” I said. “I’m not sure God is the best term for it. But based on my life experiences so far, I do think there is some sort of…greater intelligence behind all this. Yes, there is a great deal of sadness and suffering and people hurt each other all the time. But I also get the sense there is some sort of underlying order and meaning in events, if we take the time to try and figure that meaning out.”

“On that note,” he said, “I was talking to my brothers the other day about our dad’s death. And we got to thinking that maybe he took his life because he didn’t feel he was a success…as a father, husband, or with his work.”

“Yes. But maybe he didn’t think he was?”

I thought about this. “You could be right. Because how we feel, deep down…about ourselves, our relationships, and our achievements IS really important, isn’t it?”

“So if he didn’t believe he was a success, then maybe that’s where things started to go wonky in his thinking?” I suggested. “Maybe it’s like “Inception” when a false idea got planted in Cobb’s wife’s subconscious mind…then it grew and grew, unchecked, until she lost all perspective of reality and ended up taking her own life—and breaking the hearts of those she loved the most.”

It was quiet on the other end of the line for a moment. “When my dad’s thoughts got out of control, he didn’t ask for help either. And I’m very angry about that. But you know what?”

“If I ever find myself in that situation, I will never let things get that far. I WILL ask for help.”

Which brings me to serendipity…the occurrence and development of events by chance in a beneficial way. Perhaps one of the reasons our souls—yours, mine, my friend’s, her husband’s, their sons’, even Leo’s—crossed paths is because we are meant to learn from each other and our experiences…and share what we are learning, for the benefit of others.

Or maybe we’re not “meant” to learn anything down here?  Maybe all this is just one big random, chaotic crapshoot that we’re never going to understand? Even if that is the case, then we do still have the choice to learn from the inconceivable actions of others. 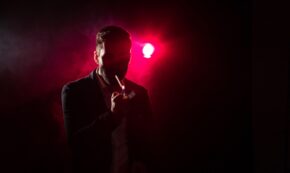 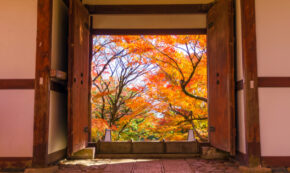 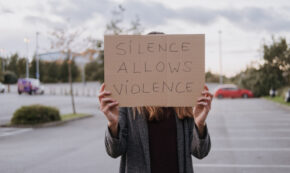 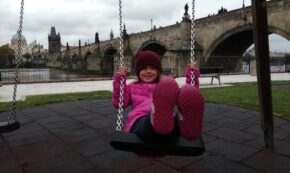 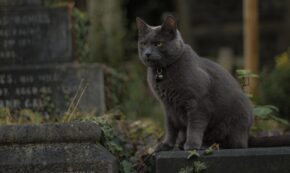