—
I have lost count of the number of times in a day someone calls me a joke or other choice words for my continuous fight against racial inequality in the system.

Millions of people across the world are fighting this fight.

Millions have become allies in this fight.

Movements are happening around the world against racial inequality.

I know I am not and I will continue fighting in this battle.

I know I can’t change the world on my own, but I know my voice can make even just a little bit of a difference.

I also know that any attacks I receive for my support of the fight against racial inequality do not compare to the attacks received by actual victims of racism.
So, I know I cannot give up on fighting for what is right.

With that being said, I wanted to write an article that lists some of the most obvious examples of racism in this system.

Quite frankly, because I am tired of hearing all of these know-it-all white people saying things like “it doesn’t exist, “prove it,” or “how can it exist when a Black man was president.”

Racism exists at every level of society

It is an infection in the structure of our very society.

For some people it may be difficult to detect.

For others, especially those that come face to face with it each and every day, it is not very hard to detect.

Hate crimes have actually been on the rise since Donald Trump took office.

I can’t say I am surprised about that. He practically breeds division. There’s a reason white supremacists show so much support for Trump.

That’s enough about Trump, though. That is a whole other problem that will eventually be dealt with.

Systematic racism is still in our schools, jobs and offices, criminal justice system, police departments (as seen recently here, here, here, and here’s an extended list), and other parts of society as well.

It may exist in your family. If you are white, let’s be honest, there’s a pretty high chance that someone in your family discriminates on the regular.

It was practically a requirement for most white families growing up prior to like the 2000’s.

I know because I see it. I hear it.

And I no longer keep my mouth shut.

It doesn’t just come in words. It comes in the way you act. Some people of my color literally think it is normal to be that way. Like in their social group, it is accepted.

That’s part of the problem.

This study shows that white families hold over 90% of the nation’s wealth.

It makes sense considering the unemployment rate of Black Americans is pretty much always twice that of White Americans.

Well, you could try and make that claim that isn’t your fault or the fault of a racist system. Or that they could get a degree… or some other ridiculous cop-out to the issue at hand.

Black Americans with college degrees are actually unemployed twice as much as other graduates.

Let’s be honest, racist white business owners, it’s because you call the job applicants you know or assume to be white back 50% more… even with similar resumes.
Poverty and economic inequality allow racism. You could even say those thing encourage it.

Now I mentioned that Black Americans with college degrees are actually unemployed twice as much as other graduates.

Non-white school districts get $23 billion dollars less in funding than white ones.

It is also true that 27% of all students in school — attend a school that is in a district where over 75% of the student are non-white.

The majority of these non-white school districts are also low-income and in poverty.

Why are school districts spending less on non-white students if we live in a non-racist system?

It is also important to note that inside the schools are not racist-free zones either.

Teachers are three times more likely to suspend a student that is black than a white student.

Black students make up over 50% of the suspensions.

The education system is already broken without adding in the factor that it is also racist.

Inequality in the Criminal Justice System

The Black students that I was talking about above represent 16% of student enrollment, but they also somehow represent 27% of the students that are referred to law enforcement.

Once Black children are in the criminal justice system, they are 18 times more likely than white children to be sentenced as adults.

Because as we know, people like to make white children out to be victims in the media and say “what about their futures.”

Who is more of a victim? The kid whose mommy and daddy gave them a trust fund. Or whose skin color gets them out of everything.

Or the kid who lives in poverty and the system never gave a chance to, to begin with?

Why do Black Americans that only make up 13% of the population, somehow represent 40% of the prison population if America isn’t racist?

As a white man, I could commit a crime. A Black man could commit the same crime. The Black man has a better chance of being arrested from a statistical standpoint.

Why is that, if the system isn’t racist?

Not only that, even if we both get arrested, the Black man is more likely to get a harsh prison sentence.

When Black Americans are convicted they are 20% more likely to be sentenced to jail time and to see sentences that are 20% longer than whites who are convicted of similar crimes.

It’s hard to make changes to this as Black Americans when the system has made it so more than 7.4% (6 million voters) of the Black population is disenfranchised. That number is in comparison to the less than 2% of the non-black population.

Why is that, if the system isn’t racist?

Also, White parents, how many times in your life have you had to worry about the very police officers that are supposed to protect you and your children, murdering your children when they go out?

A 2012 study found that most doctors actually have an “unconscious racial bias” towards their Black patients.

Not only that, the hospitals they do have access to, tend to be less well funded and staffed by doctors and nurses with far less experience.

Even Black doctors face discrimination and receive less funding from the government than their similarly credentialed white peers.

It should also be noted that facing a lifetime of racism probably negatively affects the health of Black Americans. It could even be said that the stress from it can lead to chronic health conditions later in life.

Redlining is something that essentially sought to stop Black Americans and other minorities from sharing in the American Dream and building any sort of wealth for their families.

Technically, it was outlawed in the 1960’s. But that doesn’t mean the practice went away.

People of color are actually told about and shown fewer homes and apartments than White Americans.

Black home ownership is at an all-time low. Only 42% own homes compared to 72% of Whites.

It’s not because of lack of effort or ability.

It has much more to do with the fact that we live in racist system.

We cannot hope to change a racist system by just claiming it is changed. Or just by getting rid of Jim Crow laws or passing a Civil Rights Act.

The latter things are important, but first and foremost we must acknowledge it exists still.

Then, we must change the system and the people. And we must get rid of poverty and economic inequality if we expect things to actually change within the entire system.

Discrimination exists at every level of this system.

I listed above some of the most apparent examples that need to change.

It is also important to acknowledge that fact that as a white person… you probably have participated in some form of racial discrimination. Or at least been around it when it occurred

I know I have. I know that my family discriminated around me when I was growing up.

As a young adult, I realized that that behavior isn’t okay.

Not every whites person learns that. Or stands up to it. And they grow to become another white person participating in racial discrimination.
Then, they teach their kids to discriminate.

It’s time to admit it, acknowledge it, and seek to educate yourself. Then, you can change and start showing some empathy.

Living in denial and defending a racist system makes you part of the problem.

Previously published on Medium.com and is republished here under permission.
— 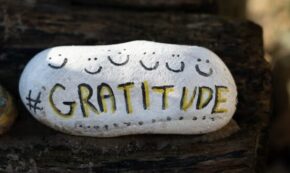 FacebookTweetPinEmailShares113
wpDiscuz
0
0
Would love your thoughts, please comment.x
()
x
| Reply
Share this ArticleLike this article? Email it to a friend!
Email sent!