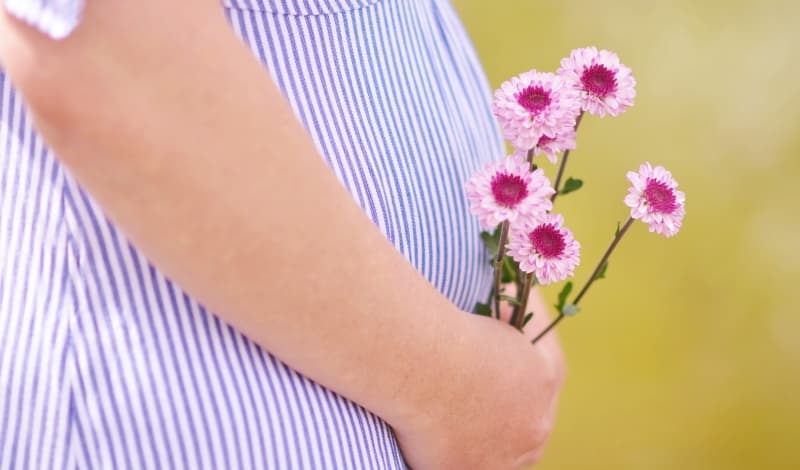 Back in 2014, on August 29th, 6.30 PM to be exact, my life changed. I was back to my hostel room after duty and the day’s snack shopping. I was still at work, being a medical intern, and as active as a 35-week pregnant woman could be. At 35 weeks, I had no health issues or complications except for an anterior placenta as seen in my ultrasound. But that was of no concern as long as everything stayed in. The most powerful realization I ever had in my life came in that night and it had nothing to do with motherhood.

But that day, I was just back from the washroom, because in the third trimester, you don’t have much say in the matter of your bladder. I was sitting on the chair in my room, pulling up my leggings when I saw it. There was a stream of blood all the way down my leg to my ankles. That was not supposed to be there. I was not in pain and in seemed strange.

I have had an episode of painless bleeding in 31st week and it had turned out to be okay. There was nothing in danger inside the womb. The placenta was in place, the baby was doing well. The hospital let me go home after 24 hours of observation. So, this should be no different, I assumed. But it was not a sign to ignore when you are in the 8th month of pregnancy. So, I caught hold of a friend in the hostel who was just about to stretch after a long duty day. We took an auto rickshaw (3 wheeler taxis you see in India) to the nearest hospital.

I was told their doctors do not attend emergency cases this advanced in pregnancy since I have not been consulting them. I almost lost my temper because that was not how a hospital should be working. But the receptionist was kind enough to tell me that another hospital, a private one, was open to emergency cases as it was a known gynecology and obstetrics centre.

My friend and I headed there and I was immediately attended to. The preliminary examinations and interrogation went easy because I carry my blood work reports and ultrasound reports with me all the time wherever I travel as I was living away from home. Later around 11 PM, I was taken for an ultrasound which revealed that there was a fine line of blood between the placenta and uterus, indicating a detachment.

This meant only one thing for the baby — danger.

The consultant obstetrician came in to get my consent for the Caesarean section. I, who was healthy throughout the pregnancy with no major complications, was all prepared for a natural child birth in my mind.

Kerala in India, with all the doctors it has contributed to the world and with all its developed healthcare system and health conscious people, has quite some notorious reputation in presenting many cases in a more serious tone than they are. There is an alarming increase of caesarean deliveries in the hospitals in Kerala, where many hospitals have proven their notoriety in convincing the worried family and expecting woman to agree to a surgical delivery when natural birth could have been possible if they simply waited it out or did simple techniques that traditional midwives used to do. But they resort to scaring the patients and when it comes to the matter of life and death, pregnancy etc., people get scared easily.

I was suspicious and asked the friendly nurses preparing me for the surgery if the doctor was trustworthy. Couple of years later, I would find out about the poor ethics of this hospital and its doctors through some friends and my own experience but that’s another day’s story. Back then, my ultrasound convinced me and I agreed to be operated on.

The baby was more important than anything.

Undressed and clad in a green surgical scrub gown, needles and tubes went into my body and in such a short span of time, I have not been invaded like that ever in my life.

When I was rolled into the Operation Theater, my husband stood in the lobby. I waved him a goodbye. He had a smile on, and he looked younger than his 25 years and unassuming and in those moments, it was hard to believe that this was the father of my child. Our families were on their way after being informed that I was going to have a Caesarean delivery.

The first thing that registered in me when the gurney entered the OT was the chill. The cold air gnawed at my as I was made to lie on my side and asked to curl up into a fetal position “as if I was in an extremely cold place”. Imagine doing that with a 8-month belly in front of you! They wanted to get my vertebrae right to give my shot of spinal anesthesia.

The huge needle (I believe it is huge, I have not seen it and I am glad I haven’t) went into my spine for the paralyzing of my lower body. I was told I would feel a stinging cold sensation and there it was. They fit me with an oxygen mask and God knows what else. I was put down to the bed, with a green blanket huddled up near my shoulders to block the view of myself being cut up. I was in a haze by then even though it was not general anesthesia.

I knew they were cutting me up. I could feel them tugging at me abdomen. And the first sense of loss came to my fuzzy consciousness.

They could do anything to me and I wouldn’t even know.

The doctor near my head told me, “It’s a girl.” The baby was shown but my head, eyes and tongue were too fuzzy to appreciate their efforts.

This poem describes it in a few stanzas:

I was moved to the labor ICU, still fuzzy, but the blood pressure monitor kept me awake. I would begin falling asleep and then it would beep and the cuff would start tightening on my upper arm, waking me up. I was exhausted.

The baby was taken to the NICU because she was preterm, had low birth weight (2.2 kg) and she was tiny, like 48 cm from crown to toes. She also had tachypnoea (increased respiratory rate) due to mild deoxygenation caused by the placental detachment and blood loss. I remember they brought the baby to me to try breastfeeding once in the early hours, but took her back to the NICU due to aspiration. I do not recall much about those hours.

The moment of clarity

The next morning, a nurse woke me up with some black coffee.

After the coffee, as I lay there, I tried to move my feet.

My spinal anesthesia was yet to wear off. The stitches were not hurting yet. There was no sensation below my tummy. I had no idea how much it would hurt once it wore off. And I knew I could not move a toe until it wore off. So, tentatively, I tried wiggling my toes.

I tried moving my leg.

And for the first time, I realized the stark truth — how much I had taken my body for granted. How much we all take our body, our life, our family and much more for granted.

When my leg didn’t move when I tried to, it occurred to me that I had actually thought about it. I had thought in my brain, “Move the right leg,” before trying to move it. I had thought, “Wiggle the toes,” before trying to wiggle my toes. How often are we conscious about thinking before we move a part of our body? How often do we realize that this kind of simple command we give to ourselves actually takes place in our brain before we move a finger?

When we wish to walk, we just walk. When we feel itchy, we scratch. When something hurts, we withdraw. Seldom do we realize that there is a short microsecond or lesser time between the stimulus and our response in action during which we actually think of doing it. But we are not aware of it, thanks to the autonomous nervous system, the reflexes and our sophisticated and intelligently designed brain.

And this was when I got the second kick — as I lay in the Labor ICU, pondering about that numb, paralyzed, although temporary, state I was in.

I realized how powerless I am.

How powerless we all are.

One shot was all it took to make me reconsider all that I took for granted. It was so easy to lose it all. And yet, we live with such confidence that everything we own is ours. As if the world is ours.

The truth is, we own nothing except maybe our mind and thoughts, as long as we are sane. And that is what we have to strive to strengthen because it precedes every good achievement.

The most powerful realization I ever had 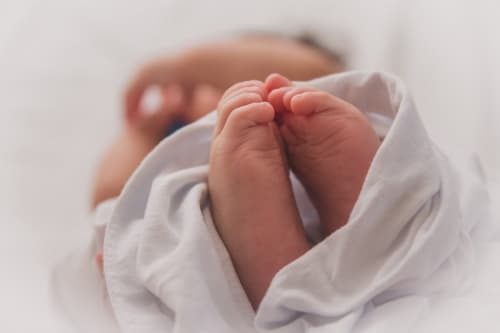 Photo by Luma Pimentel on Unsplash

Ironically, the most powerful realization I ever had in my life was brought about by motherhood and it was not about being a mother.

It was how powerless I was.

It was how weak a human being was despite all the strengths, success and progress we pride in as a species.

It was how easy it was to lose control.

Ever since, when anxiety or worry wraps me around, when something beyond my mortal hands, beyond my brain’s command, happens, my mantra to calm down has been a quote I came across somewhere online:

“Relax. Nothing is under control.”

Sana Rose is an award-nominated novelist, poet, physician, counseling professional, freelance writer and mom. She is based out of Kerala, India. Her debut novel ‘Sandcastles’ was shortlisted for ARL Literary Awards 2018 for Best Author soon after publication.

Sana Rose has been a poet and story-writer long before she decided to be a Homoeopathic Physician. Her debut novel 'Sandcastles' was shortlisted for ARL Literary Award 2018 for Best Author Shortlist. Currently, she is working on her third novel, a psychological thriller.

She was one among the 52 poets published in the Anthology Breaking Silence - A Poetic Lifeline From Slavery To Love (2013). Her poetry has appeared in online journals like The Sketchbook Journal, The Galway Review, Rat's Ass Review (April 2016), Ithalukal (an e-zine by Keralites in Singapore) and she was one of the two featured poets in the May 2016 Issue of the Ashvamegh International Journal of English Literature. Her poetry has also appeared in the Shakespeare-themed Anthology, ‘Shakespeare Sings’ published by the Publication Division of Farook College (Calicut) in 2017.

Sana is a Homoeopathic physician and holds a Masters in Applied Psychology majoring in Counselling Therapy. She is an art enthusiast dabbling with brushes and paints when not writing. She also works as a freelance content writer.

Currently, she lives in Kadalundi, a seaside town in the Calicut district of Kerala, with her husband and daughter.