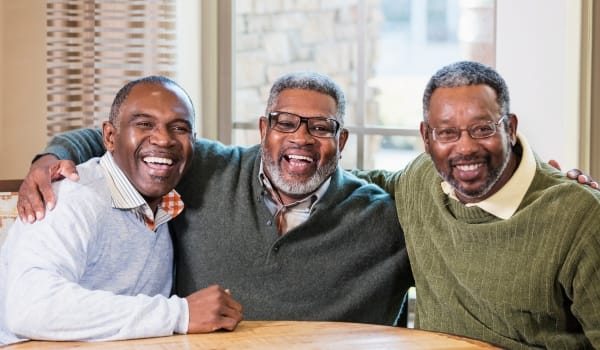 —
I met my best friend from high school, John, back in 1977. We sat next to each other in Mr. Griffith’s homeroom class. I knew John was really smart and a good athlete. He played running back for the JV football team. In 10th grade, we didn’t share many classes. In junior year, we shared a lot of classes together including AP U.S. History. That class was nearly my demise. Nearly. I was so happy I scored a 3 on the AP Exam.

John and I attended the all-boys private school in Honolulu. We were both from middle-class families, who worked hard to send us to school. John’s parents owned a local full-service gas station. My Dad was a welder at Pearl Harbor and my Mom was in elementary school teacher.

Over the years and beyond high school, I got to know John’s parents, especially his Mom. I love her. She was brutal common sense, strong-willed, and so unintentionally funny. Honestly, she was a lot like John. Although, he didn’t like to admit it. Know that I have nothing, but love and respect for both.

Today, John works in the Hedge Fund business as an expert in his field, living in Tokyo. He’s been married for about 18 years to his wife Akiko. I gave the toast to John and Akiko at their Wedding Reception in Waikiki about a month after 9/11. John had asked me to give the toast last minute. No, problem. Fortunately, I spoke from my heart. John has two sons, Sean and Matt.

John is perhaps 1 of 7 people on Planet Earth not participating on any major Social Media Platform. Okay, John reminded me that he has a LinkedIn account. So technically, he’s not 100% off the Social Media grid. Yet, Dude is asymptotically approaching 0% presence. Bottom line: No Facebook. No Twitter. Absolutely, no Instagram.

Thank God for the Internet and e-mail. We don’t see each other very often, aside from coinciding trips back to Hawaii. Through our e-mail we kind of stay current with each other. Just recently, we espoused where we thought NBA All-Star Kawhi Leonard would end up in Los Angeles: Lakers or Clippers. More on that later.

Over the last couple of years, I’m forever grateful to John for his communications. As I began writing my first book, I accidentally discovered that what worked was writing in collaboration. Writing frees my soul, but sometimes I get trapped in my own thoughts, my own head.

Because John has been a resilient friend for over 40 years, I risked sharing my weakness, my fear of my dad growing up, and why Sensei Dan was so meaningful to me. John told me what didn’t work when my message was confused. He also told me what touched his heart.

As I write my next books, John is still there. He’s my conscience. He’s my rock. Really, he’s my brother.

John was in Los Angeles for a few day this summer, checking out college campuses for his son Sean, who’ll be a high school senior this coming Fall. John sent me email a couple of weeks before his trip, asking if I would be available to have dinner with him and the Family. I said, “Yeah!” So we firmed up plans while he was here in Los Angeles.

Fortunately, John was here during the 4th of July extended weekend. He also contacted another friend from high school, Brian. We would have Chinese food at California Wok in West LA on Sunday evening.

I told John that I could meet him at his Hotel near LAX, and ride over with him and the family to the restaurant. Cool.

I met up with John in the hotel lobby while he was arranging for a ride to LAX on Monday morning. They were flying to Seattle to look at more schools. We gave each other a big “Man Hug”. I had not seen John in about 3 years. He looked good. We both were ‘a lot’ grayer. Fortunately, we both have our hair. Just saying.

As we drove to the Chinese restaurant, John said, “I told you Kawhi ain’t going to the Lakers.” We both laughed. Kawhi had signed with the Los Angeles Clippers.

Earlier that day, John and Sean toured USC and UCLA. One of their “detours” was Hollywood. John was so amped that he saw KC and the Sunshine Band’s star on the Hollywood Walk of Fame. He took a picture. But Dude can’t post it to Facebook. I kid. KC and the Sunshine Band are perhaps the greatest Dance Band on Planet Earth. John is Planet Earth’s Greatest Fan. They were his favorite band since high school. Over the years, I even sang “Get Down Tonight” at karaoke bars with John. Yeah, really.

Dinner was awesome. Good food. Great conversation. I recalled about 20 years ago when John and I ate breakfast at the California Hotel in Las Vegas. We talked really about nothing while chowing down on Portuguese sausage and scrambled eggs.

Now we were eating braised prawns and beef with broccoli, talking about the colleges that John liked and using the common college application. It was different. John and I were different. It was nice.

I got that John is a good Dad. No, he isn’t perfect. No one is. John always does his best to be the greater Father, the greater husband. Sean and Matt love John. Akiko loves John. I love John. John is just a Good Man.

As I left after saying “Goodbye” to John and his family, I was so proud that he has been my friend for over 40 years. We both had lived a lot of life since our days in high school. I can honestly say that John helped me become the greater man. My hope is that in some small way that it was mutual.

We all strive to become our greater than versions on the journey through life. Yet, that doesn’t happen alone, in isolation. I’m greater than I could have imagined, because John has been along for the ride. I’m blessed for those like John, like Sensei, like Mom, who have participated in my life. My sincerest hope is that I’ve been able to return the favor. It’s only right. Just saying.

Facebook12Tweet1Pin3Email1Shares17
wpDiscuz
Share this ArticleLike this article? Email it to a friend!
Email sent!